This is the BEST cinnamon roll icing, made with only five ingredients including vanilla and cream cheese. This perfectly creamy and rich frosting is easy, ready in 10 minutes, and will turn ordinary cinnamon rolls into the ULTIMATE breakfast. 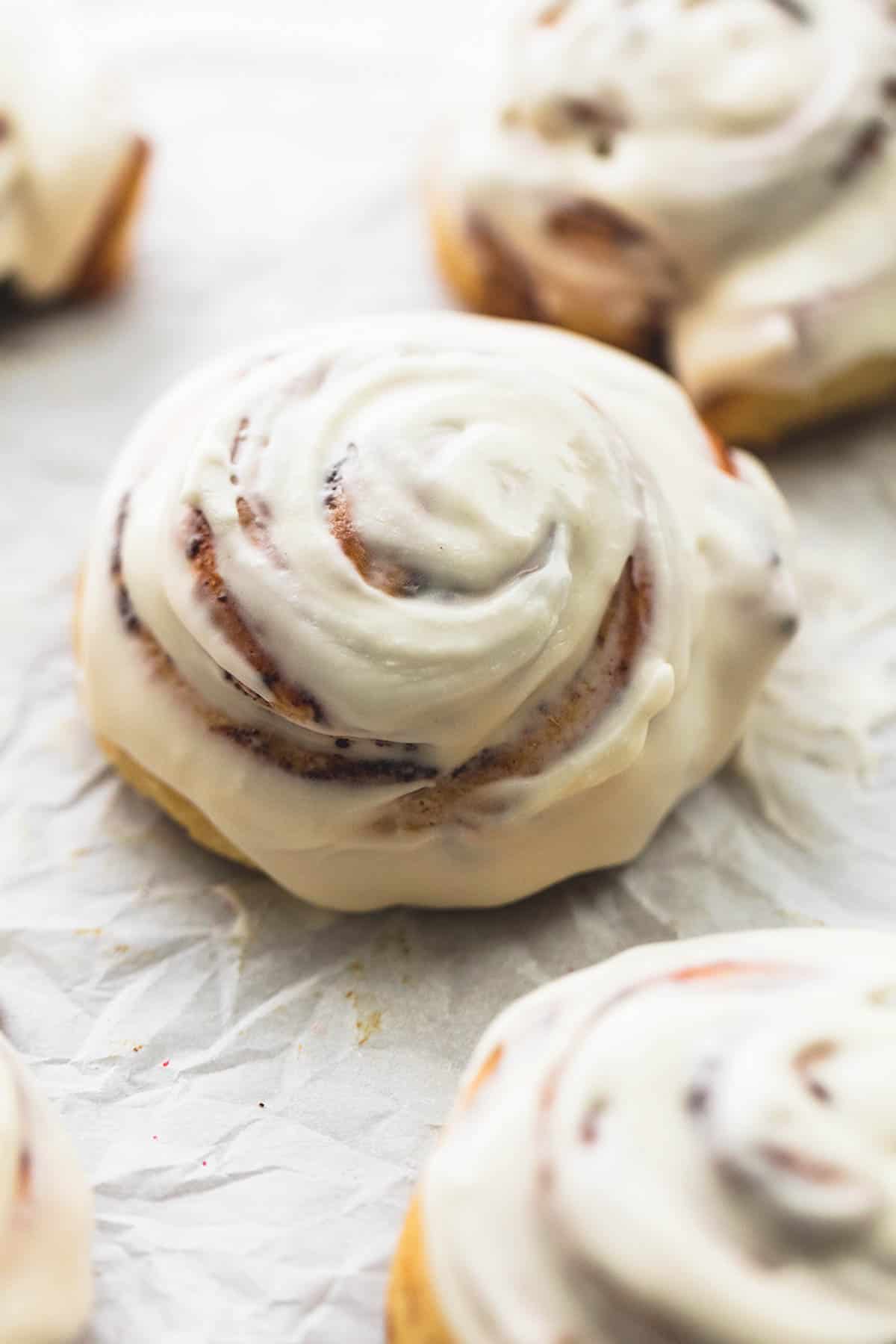 While I’ve been making this scrumptious icing for a few years now, it’s only recently that I realized I never shared it on the blog! So I’m making up for that now. It’s rich, creamy, silky smooth, and just the right texture and spreadable thickness. In fact, it’s so amazing I’ve even used it for cakes, cookies, brownies and bars, and for dipping everything you can imagine.

Even though I am this icing’s number one fan, I’m not the only one who feels this way. I’ve had people make cinnamon rolls and phone in a special order of this icing because they love it so much. So I’ve whipped up a batch, or even a double or triple batch, to bring with me to brunches, ready to spread on someone else’s fresh-from-the-oven cinnamon rolls. 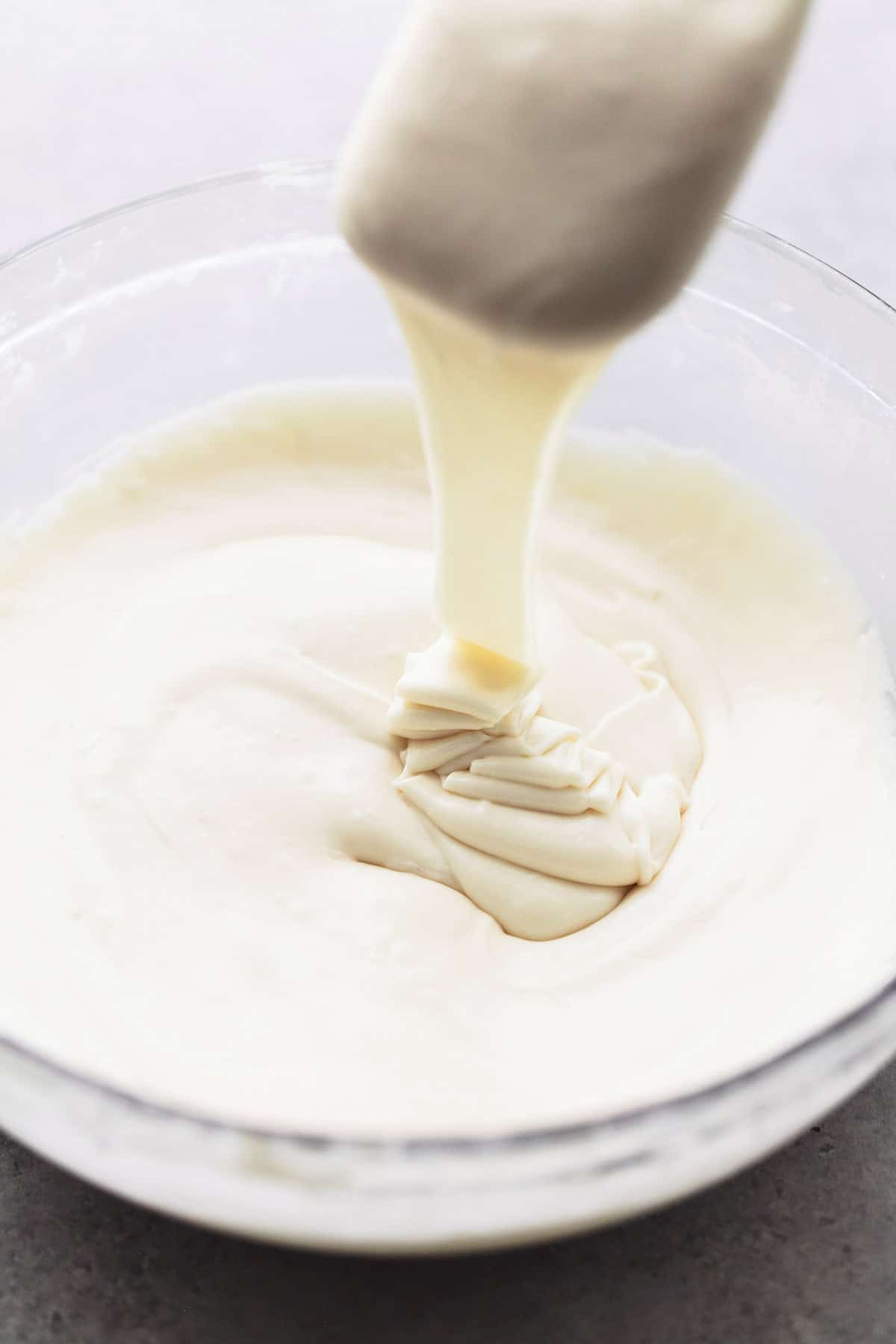 How do you Make Icing for Cinnamon Rolls?

The best cinnamon roll icing doesn’t need a lot of ingredients, or a lot of time. Just 10 minutes and five ingredients is all you need!

2. Next, in a medium bowl, you’ll cream together the browned butter and cream cheese for 2-3 minutes until very fluffy and creamy. From there, add 1 cup of powdered sugar at a time, alternating with 1-2 tablespoons of milk until both quantities are used up.

3. Once all of the powdered sugar is incorporated, it’s time to mix in the vanilla and more milk (1 tablespoon at a time) until the icing is a smooth, spreadable consistency. 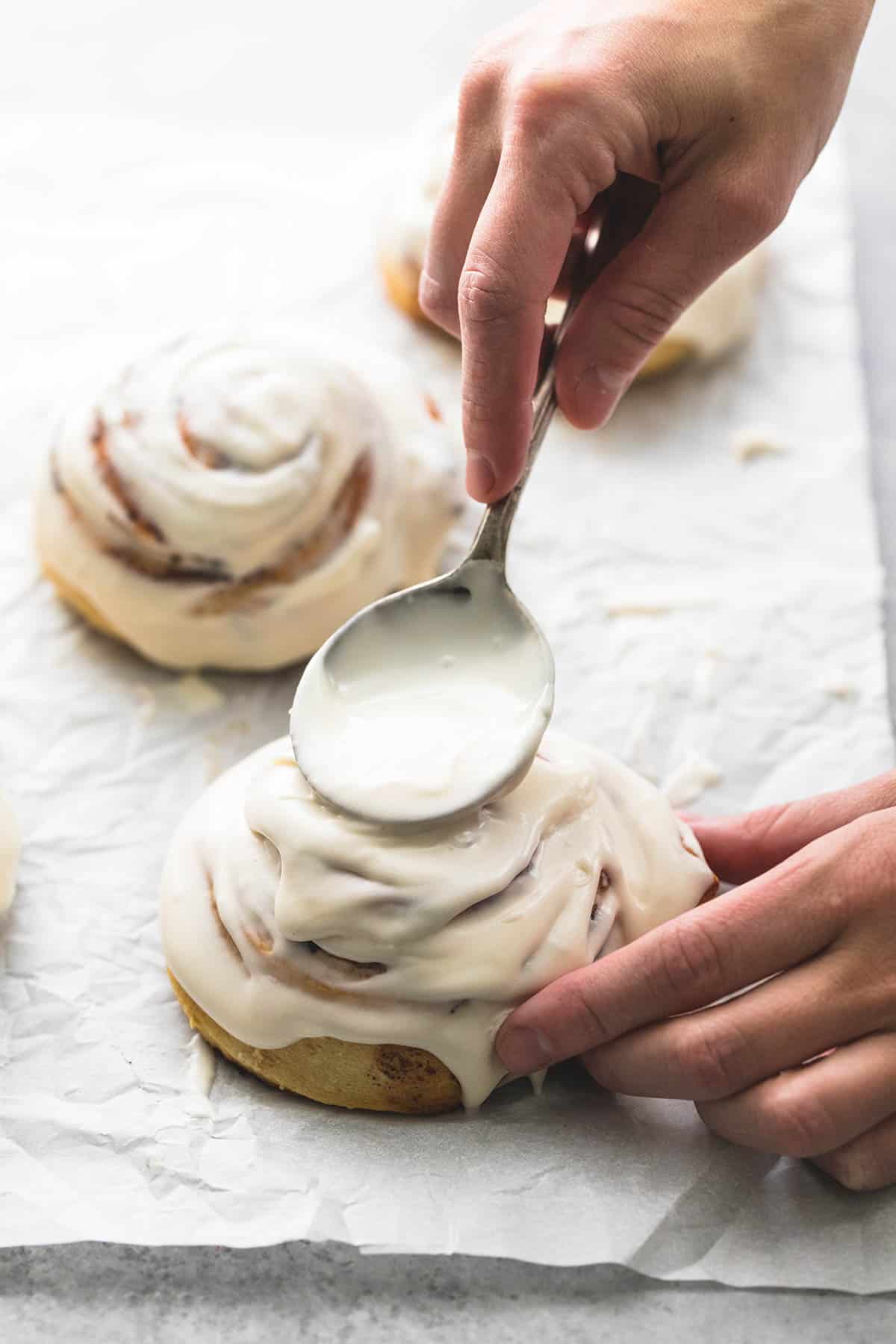 I’ve been making this cinnamon roll icing for years and had so many requests for the recipe, I know a thing or two about it. Let me teach you all of my favorite tips! 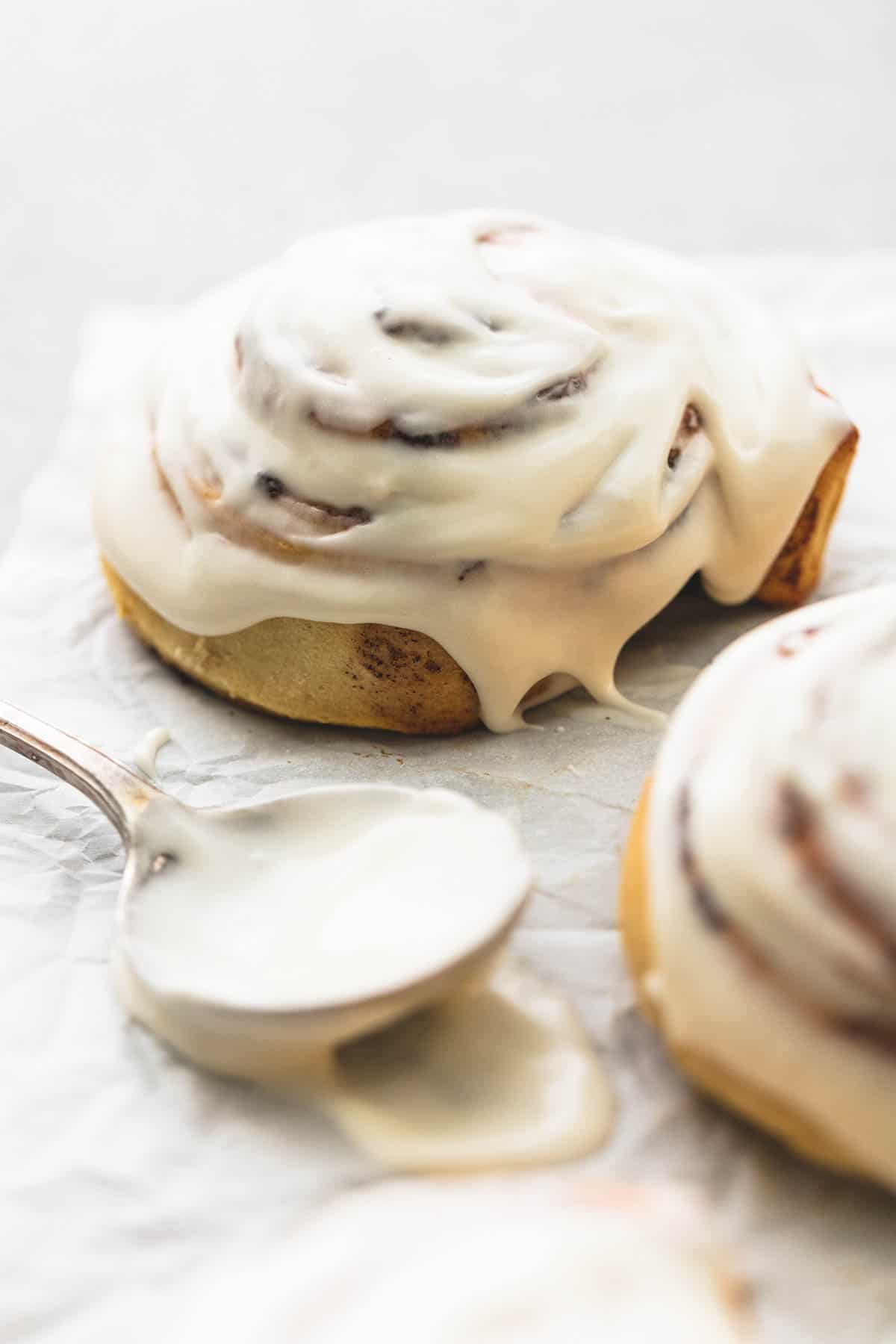 Can you use Water instead of Milk for Cinnamon Rolls?

Yes, you can use water instead of milk if you like for these rolls. The butter and cream cheese alone might be enough dairy for you. Just swap out the water for the milk at a 1-to-1 ratio. Note that your icing may be thinner and not as creamy, so just mix thoroughly between each tablespoon of water you add to make sure you haven’t added too much. You can always add more but you can’t take it back out. 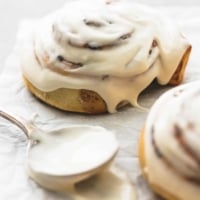 This is the BEST cinnamon roll icing, made with only five ingredients including vanilla and cream cheese. This perfectly creamy and rich frosting is easy, ready in 10 minutes, and will turn ordinary cinnamon rolls into the ULTIMATE breakfast.
5 from 19 votes
Print Pin Rate
Prep Time: 10 minutes
Cook Time: 0 minutes
0 minutes
Total Time: 10 minutes
Servings: 12 servings

Makes enough icing to generously top about 12-16 cinnamon rolls. Pro tip: for a flavor twist, swap almond extract for the vanilla - you'll love it, trust me!