Fluffy bite-sized Mini Cinnamon Rolls with a 5-ingredient dough made from scratch in just 30 minutes, all topped with the best cream cheese frosting. 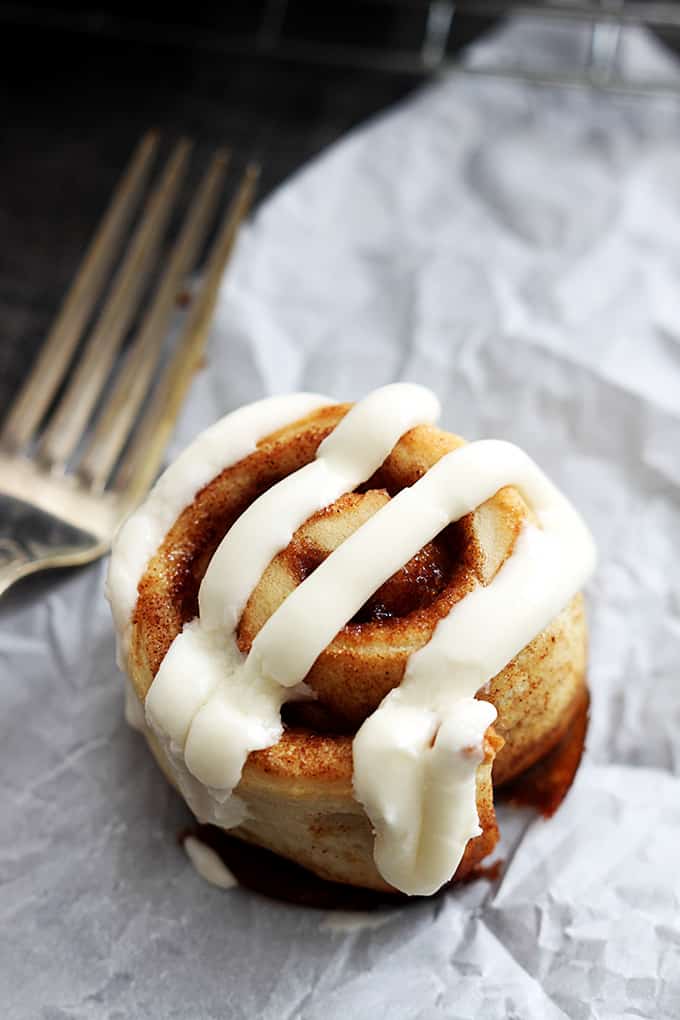 Cinnamon rolls have to be at the top of my favorite breakfasts, no questions asked. But then, I’ll take a cinnamon roll any time of day, doesn’t have to be breakfast, so they just might be one of my favorite food items period. They’re not far behind tacos and that is really saying something. There’s just something about the doughy roll plus cinnamon sugary filling and cream cheese frosting that speaks to me. 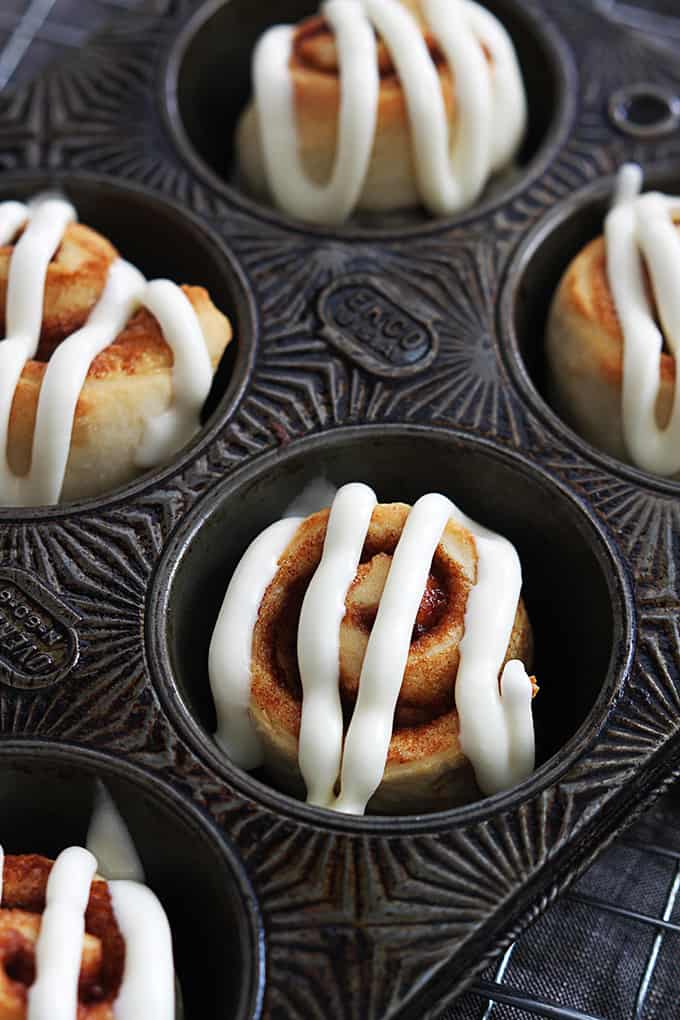 And it really does need to be cream cheese frosting. Straight frosting without the cream cheese, it’s just lacking the umph a good cinnamon roll really needs. This frosting is my go-to and I always end up making a double batch since half of it ends up going bowl to spoon to mouth without ever touching the food item it’s really intended for. Regular vanilla or chocolate frosting don’t have that effect on me, it’s gotta be a rich cream cheese frosting. 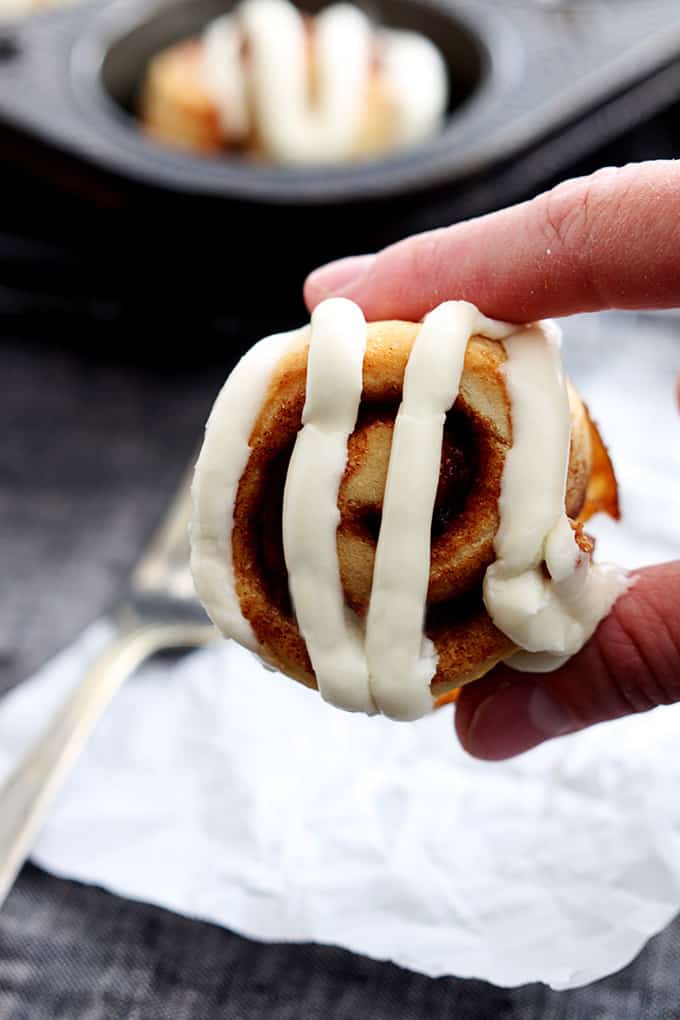 These little baby cinnamon rolls are so adorable I want to adopt them. After I eat them. Wait, that sounded weird… you know what I mean. They’re cute! So cute that they make incredible neighbor gifts or party desserts. You could even serve them instead of cake for a birthday party and stick candles in them. Come to think of it, I think that is exactly what I’ll be having for my next birthday. Cinnamon rolls in lieu of cake. I like it.

And these cinnamon rolls are both easy and insanely delicious. They are made from scratch with a simple 30-minute dough. Do not, I repeat, do not be afraid of the yeast in this dough – this is by far the easiest yeast dough ever to exist and you will find yourself whipping up additional batches of these cuties for every occasion. Don’t believe me? Try it, I dare ya. Just don’t blame me when you join Cinnamon Roll-aholics Anonymous. In fact give me a call, I’ll carpool with you. 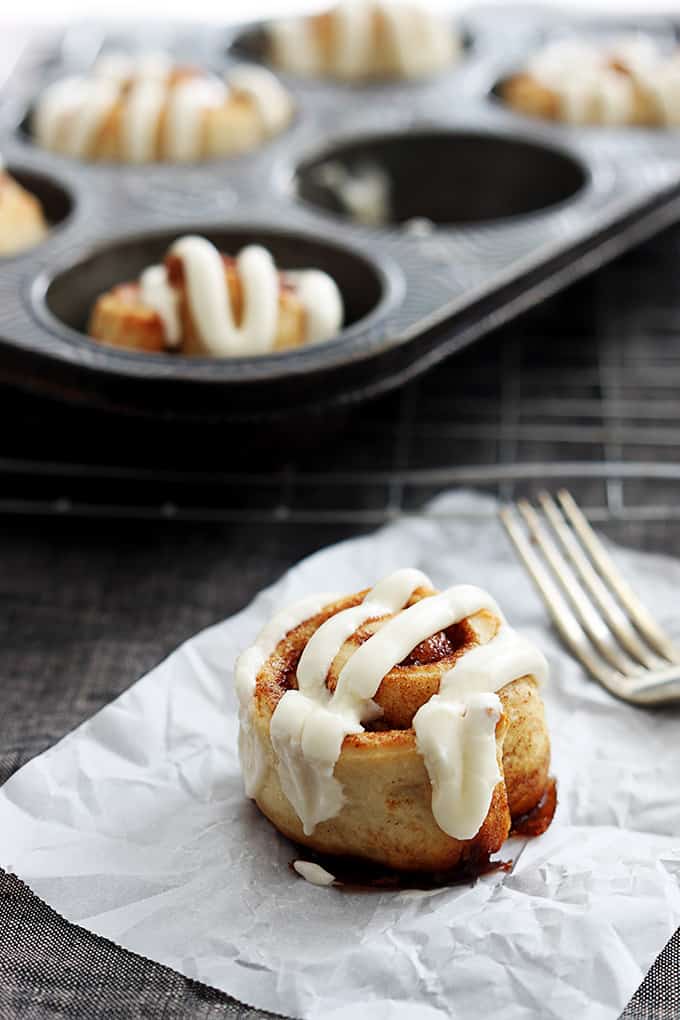 What people are saying about these Mini Cinnamon Rolls

“Made this yesterday….absolutely perfect!! I was afraid it would be too rich or too sweet and it wasn’t — it was just lovely..” – Rebecca

“Great recipe! Since we are empty-nesters, I bake them in half-pint jars, seal them when they come out of the oven, and stick them in the freezer. One minute in the microwave and they taste fresh out of the oven! I’ve made this three times now and it never disappoints.” – Candace

“OMG! I used this recipe to try making cinnamon rolls for the first time ever, popped them in to my 12 medium sized muffin tin, and they turned out incredible! However, i think i overmixed the batter and the cinnamon roll itself had a slightly tough texture” – Aishah 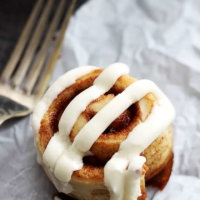 Store in airtight container at room temperature up to three days. 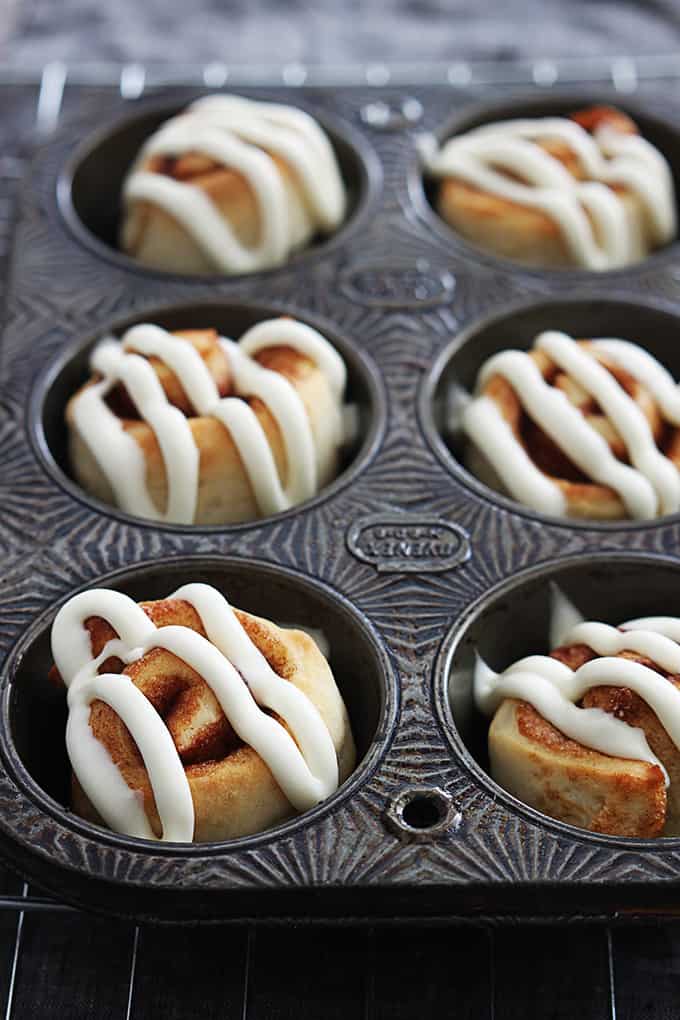