This easy and insanely moist Cinnamon Toast Crunch Bundt Cake starts with a cake mix and has a cinnamon-sugar swirl and cream cheese frosting! 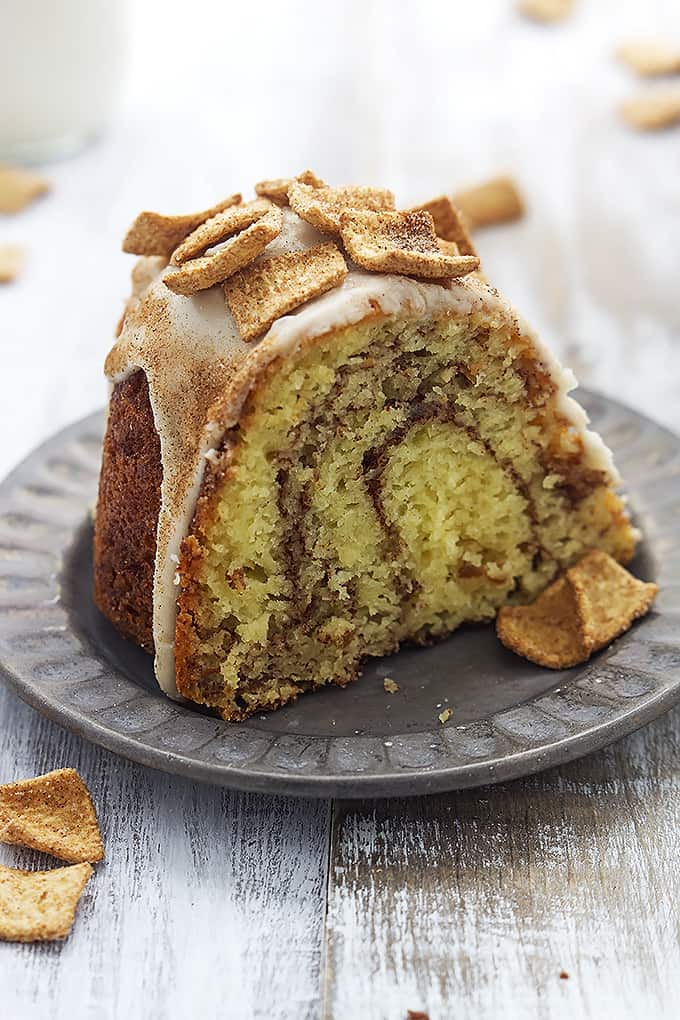 I made you a cake! Since I graduated this weekend I thought it was appropriate. I would’ve made ice cream too but my brain is fried from several long years of schooling and focusing on the cake was about as much as I could handle so cake it is. Ice cream another time okay? 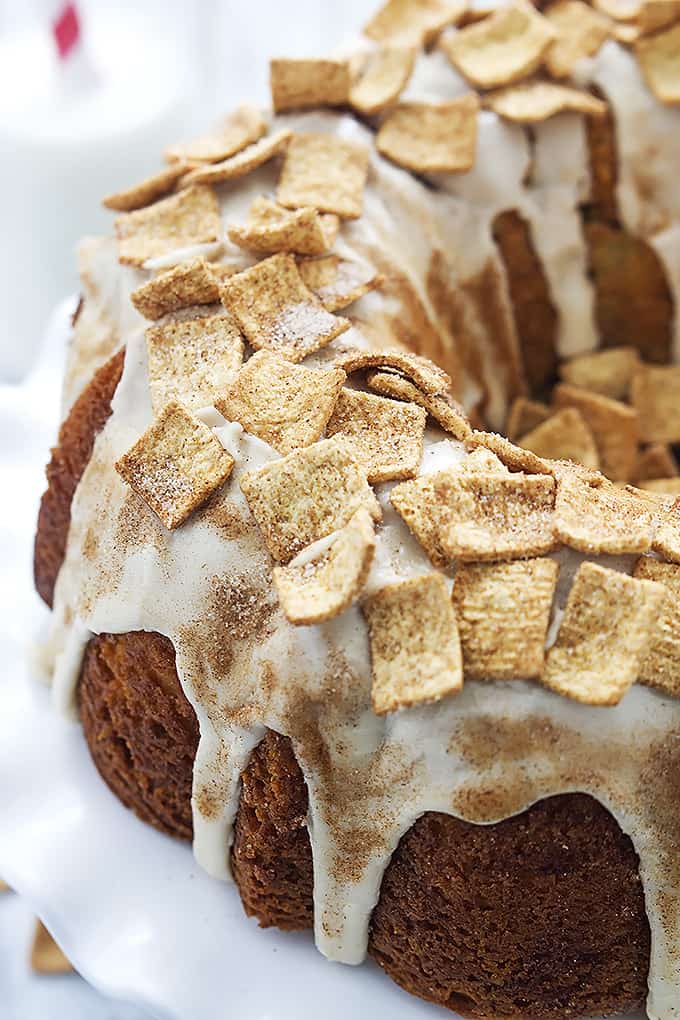 But it’s a good one! This is not any old cake. This is a special graduation celebration-worthy cake with a cinnamon swirly inside. Do you love cinnamon toast crunch cake as much as I do? Good! Because I baked that yummy stuff right into this cake, right in the batter. 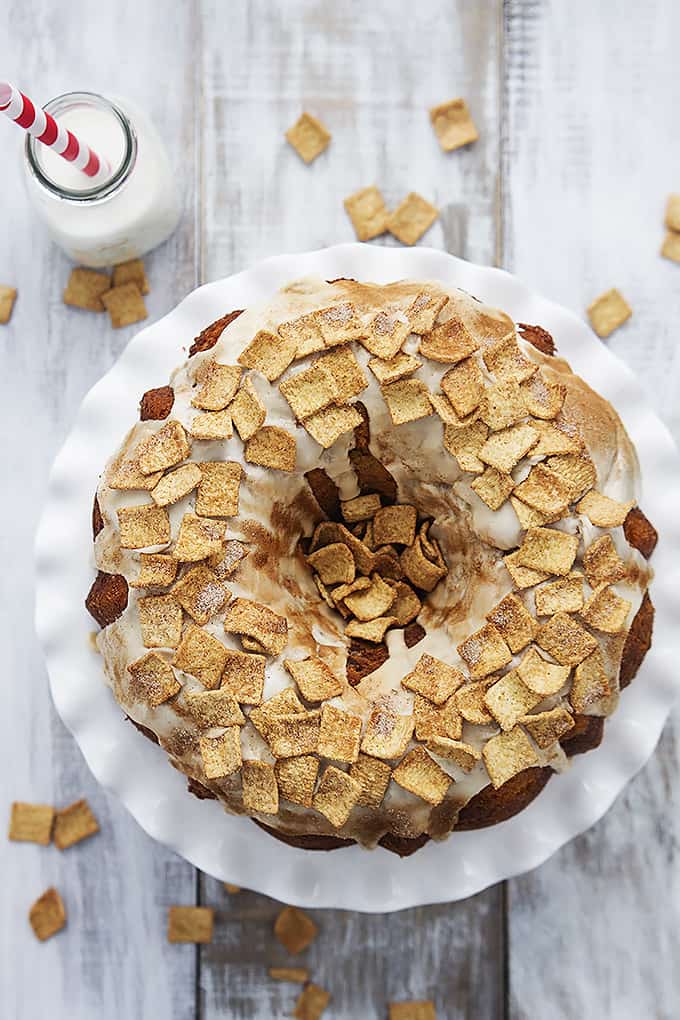 And then I covered the cake with cream cheese vanilla frosting and topped it with a boatload more of cinnamon toast crunch cereal. 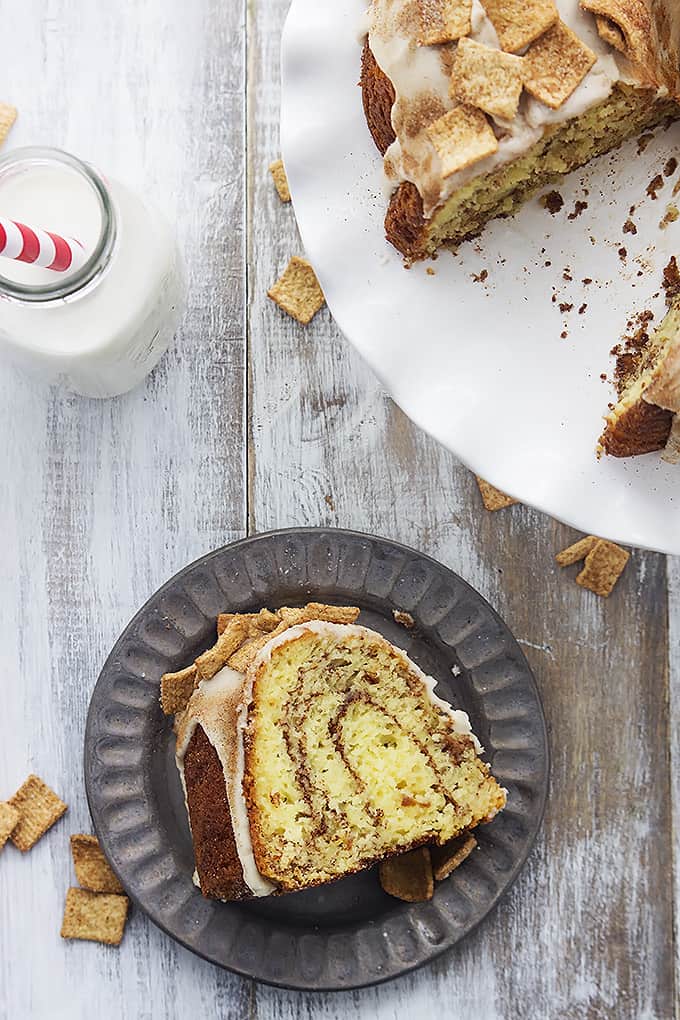 I have a habit of eating leftover cake for breakfast the next day so this whole cereal in and on the cake thing is my way of making a legitimate breakfast cake.

Happy graduation!! To you, from me. The grad. 🙂 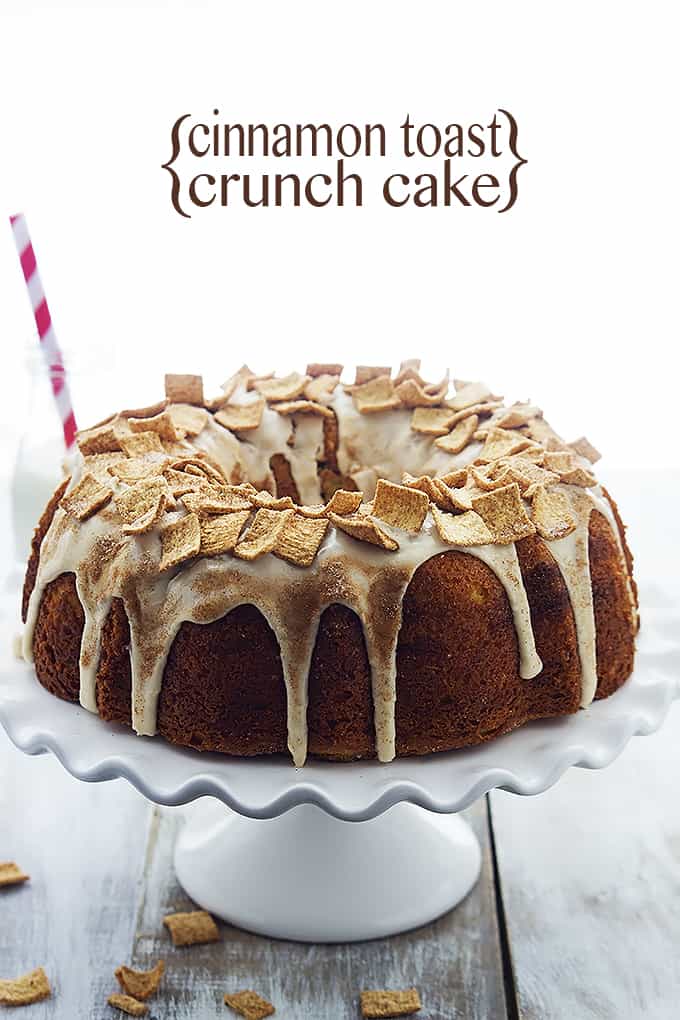