This recipe is in partnership with Fleischmann’s® Yeast. 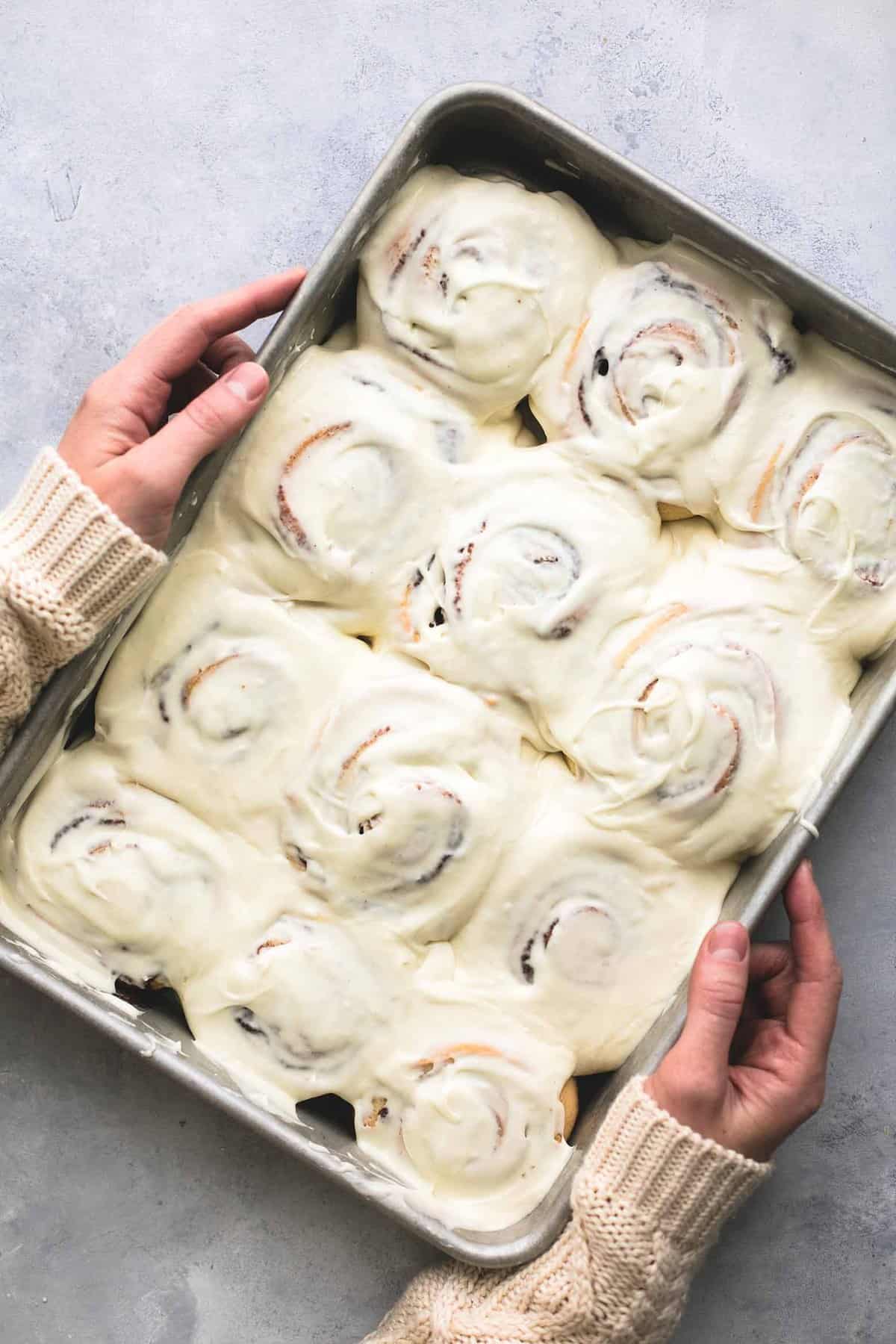 It warmed up for a quick minute last week but now it’s S N O W I N G and I’m feeling all the cozy feels. We put up (both) trees, my husband scaled the roof to get our Christmas lights in working order, I hung the stockings (with oh so much care) and the kids have been wearing fuzzy reindeer jammies all week long. 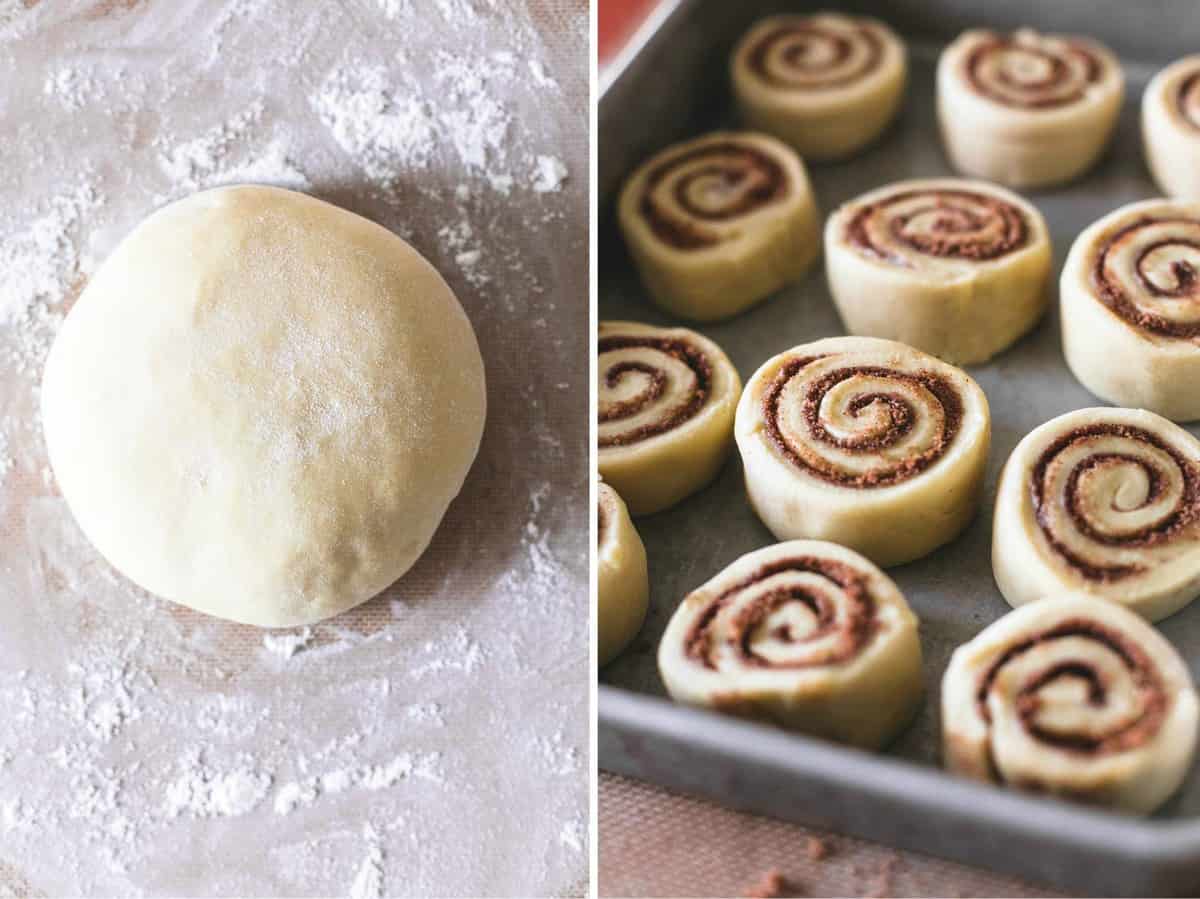 I’ve been testing out recipes for Christmas morning and these eggnog cinnamon rolls are one of my top contenders. A twist on classic Beginner’s Frosted Cinnamon Rolls, you just can’t go wrong with fluffy, gooey-centered cinnamon rolls with a hint of eggnog flavor, topped with rich and creamy eggnog and cream cheese frosting! 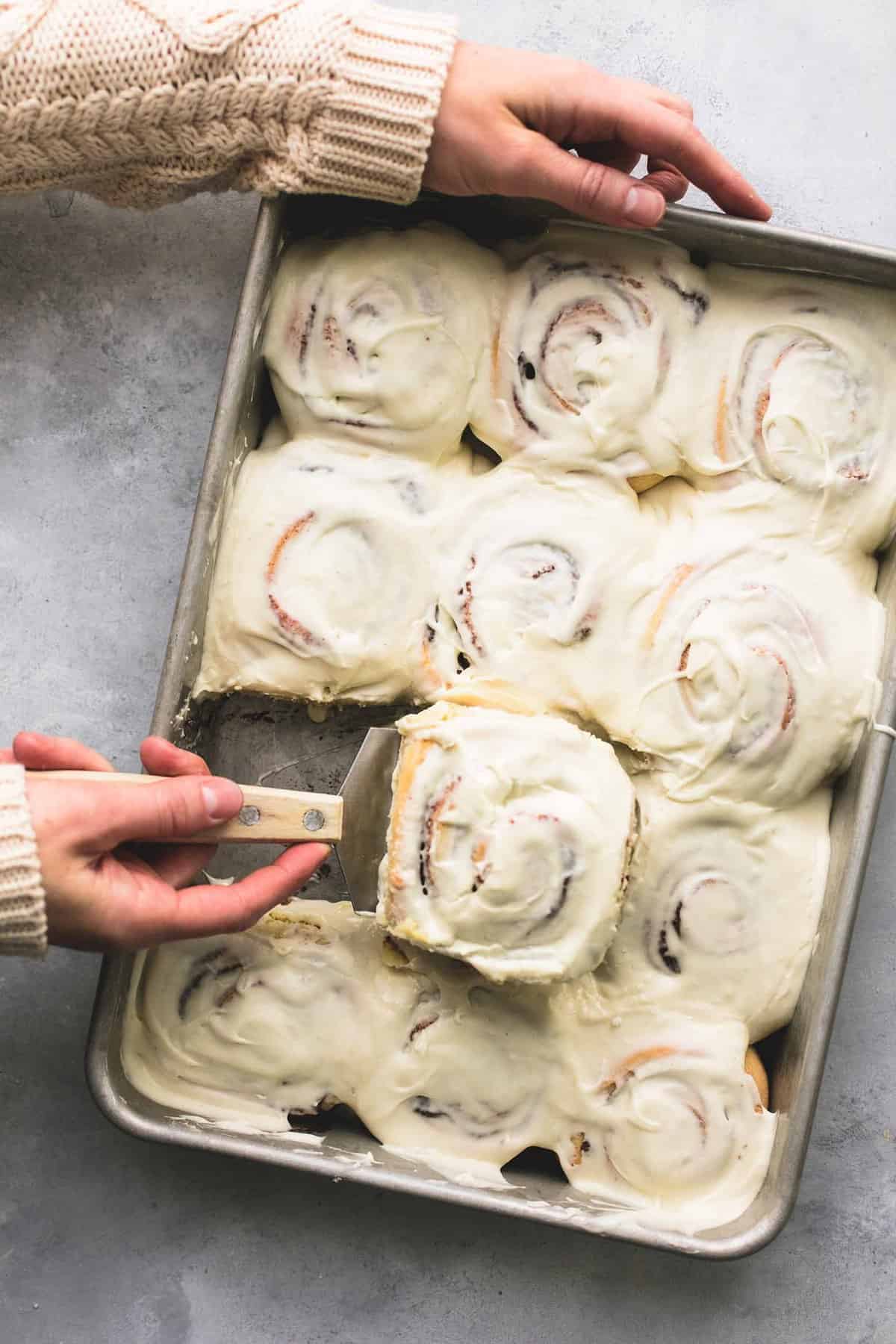 Even my notoriously picky eater two year olds can’t say not to a cinnamon roll. As long as we call it a donut. They have issues trying new things and they already have a donut obsession (like mother like kiddos) so we chalk it up to a parenting hack and call it a win. 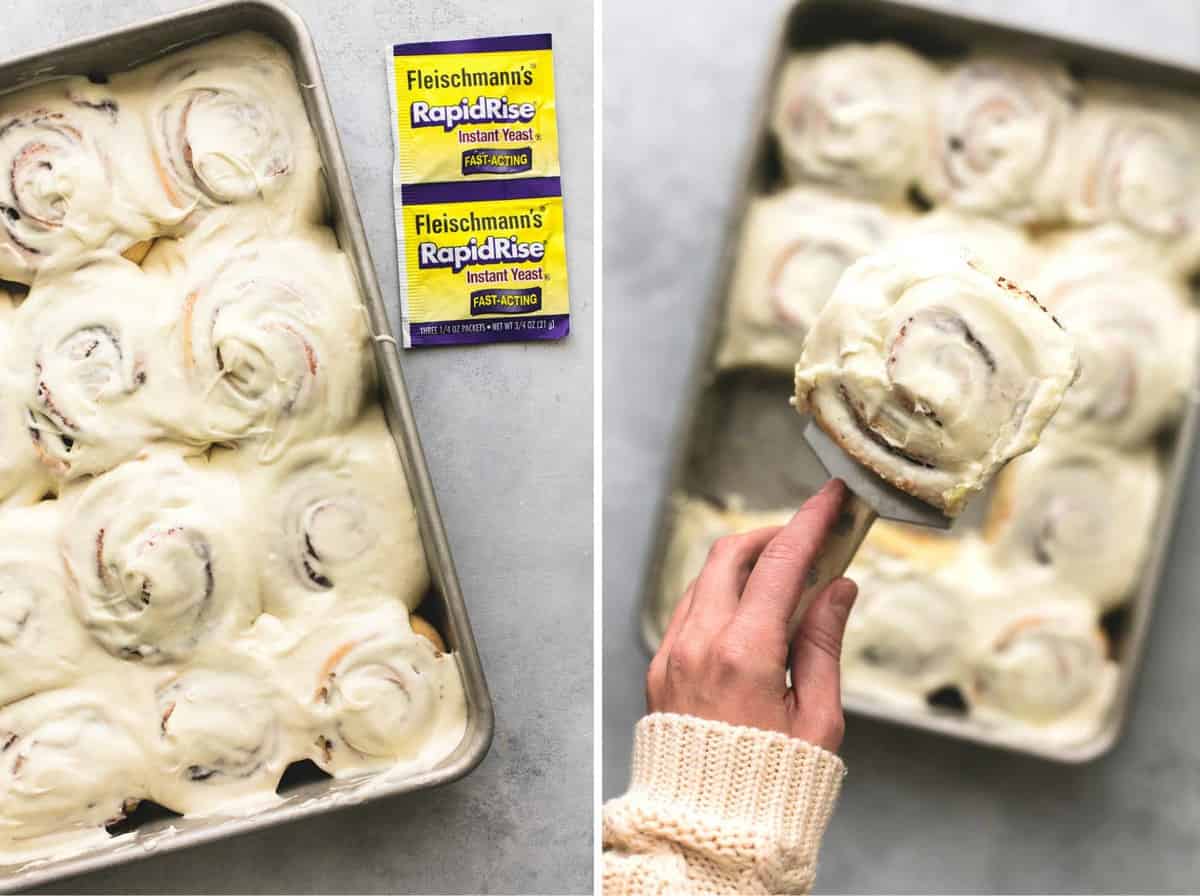 Fleischmann’s® RapidRise makes super fluffy and completely delicious Christmas morning cinnamon rolls a breeze. The rising time for these eggnog cinnamon rolls is only one hour, which works out to be just enough time to prepare the filling and frosting, and whip up a batch of extra chocolatey hot cocoa – complete with about nine thousand marshmallows if my kids have anything to say about it. 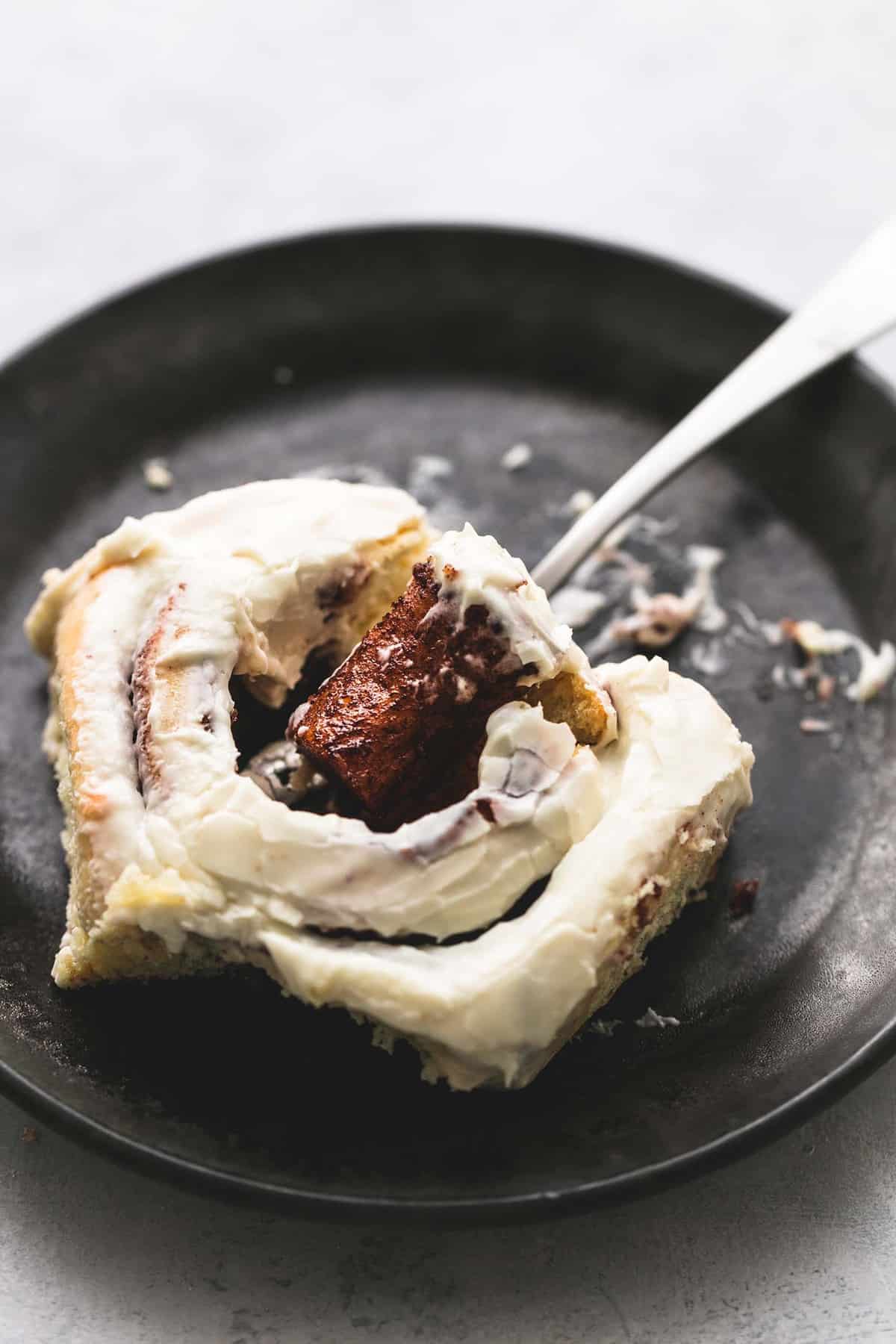 I like my cinnamon rolls with a real gooey, sticky center so I bake these for about 25-28 minutes and then let them rest in the pan for a few minutes before slathering them in all that rich ‘n creamy eggnog frosting. If you are like my husband and prefer your cinnamon rolls on the less-gooey, and more-browned side, then let them bake a little longer, closer to 30-35 minutes for perfectly golden cinnamon rolls. 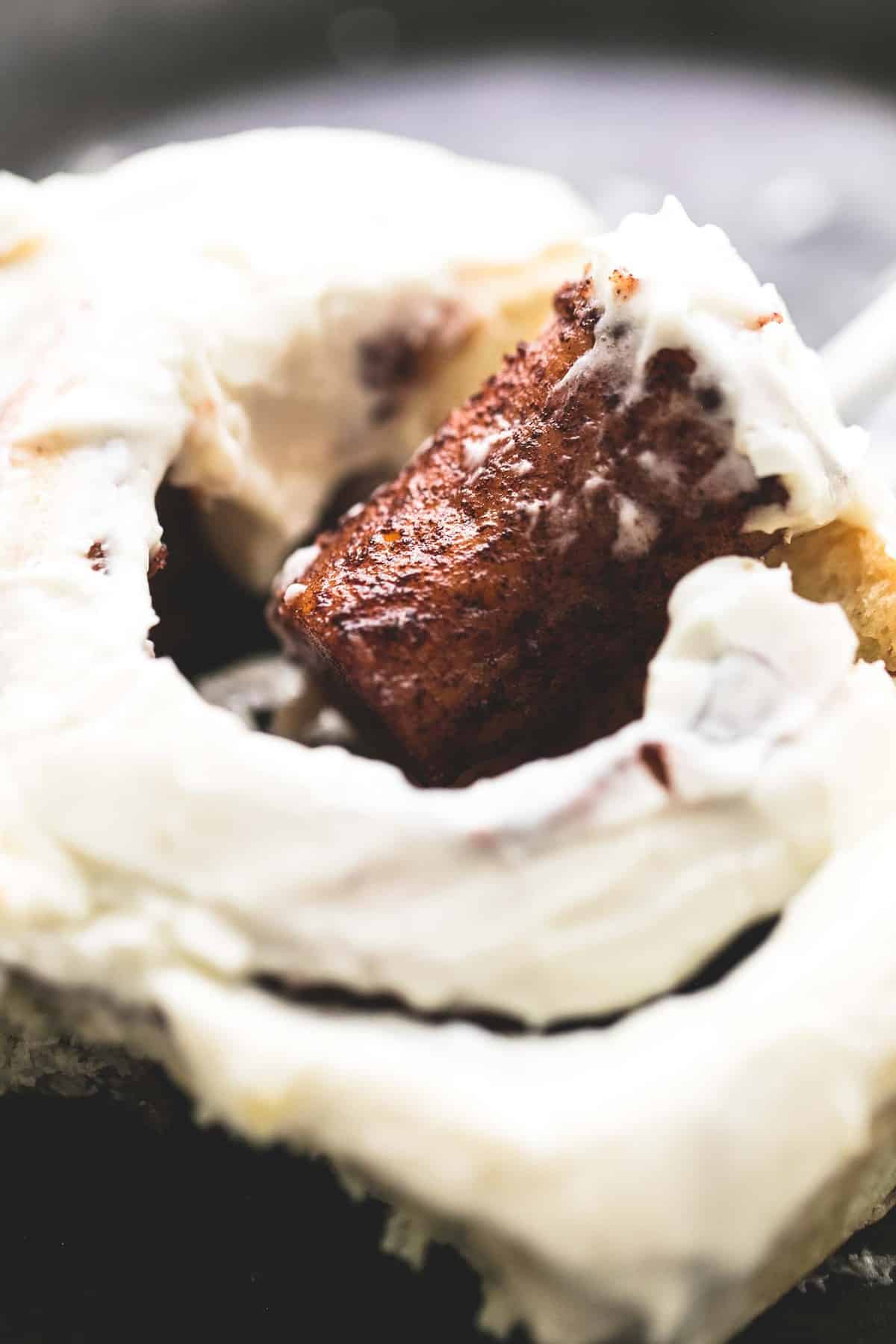 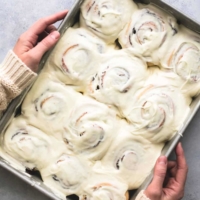 Store covered tightly at room temperature up to five days.