Easy Apple Pie Cinnamon Rolls recipe with a gooey cinnamon apple filling and a super tasty caramel brown sugar frosting TO DIE FOR. You will love these fall-inspired cinnamon rolls!

This post is in partnership with Fleischmann’s® Yeast – all opinions are my own. 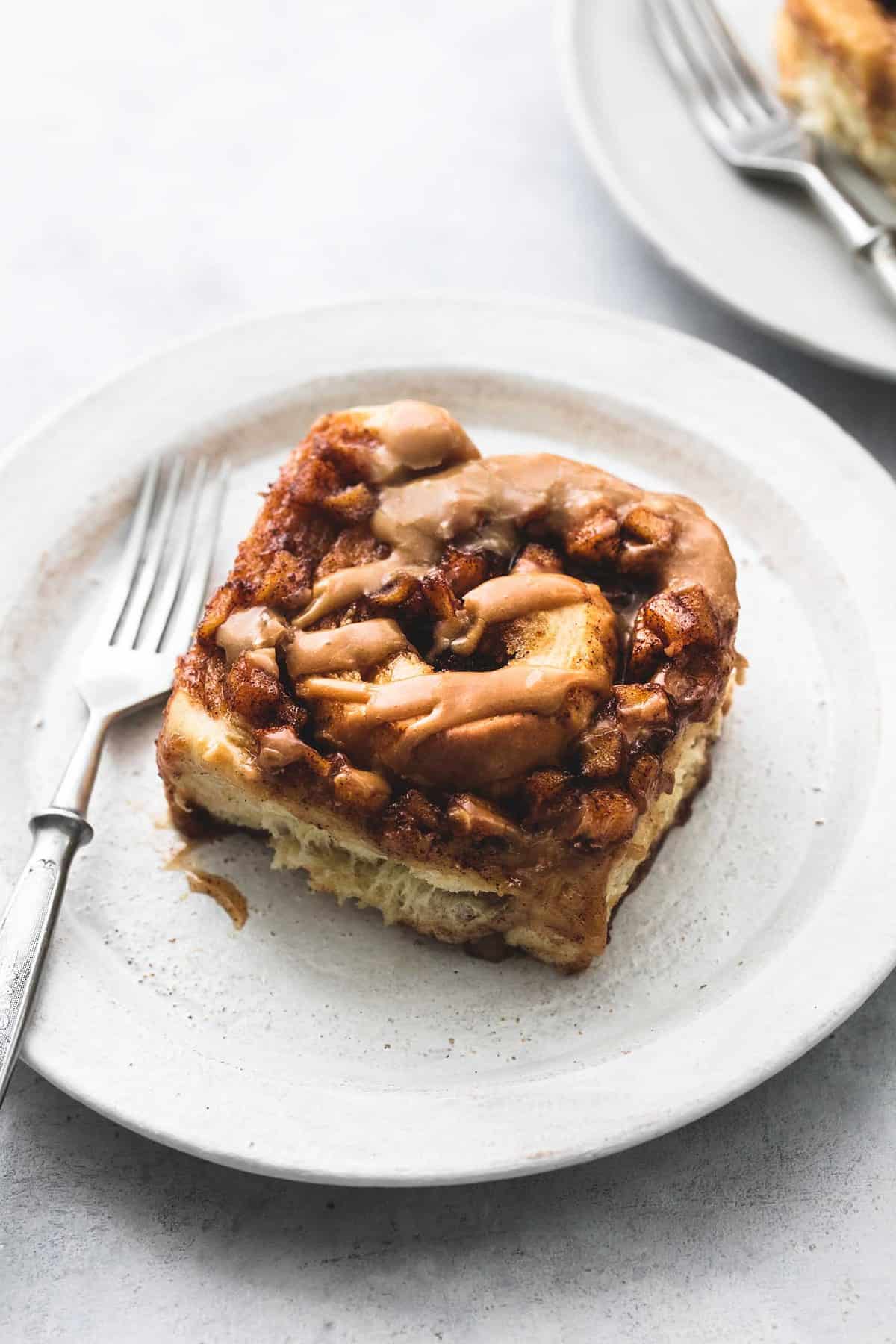 Now this is an apple pie I can get fully on board with. I am not really a pie gal if we are being one hundred and ten percent honest. We are all friends here so I like to think this is a safe space where I can let you know that pie is just not my dessert of choice. But take a pie and turn it into a cinnamon roll? HEAVENS YES. Which is why apple pie cinnamon rolls had to happen here. All the flavors of apple pie in a warm and comforting, frosted cinnamon roll.

While serving yourself a slice of pie before 10 am is wellllll….. somewhat questionable, Plus you can get away with eating this treat for breakfast. 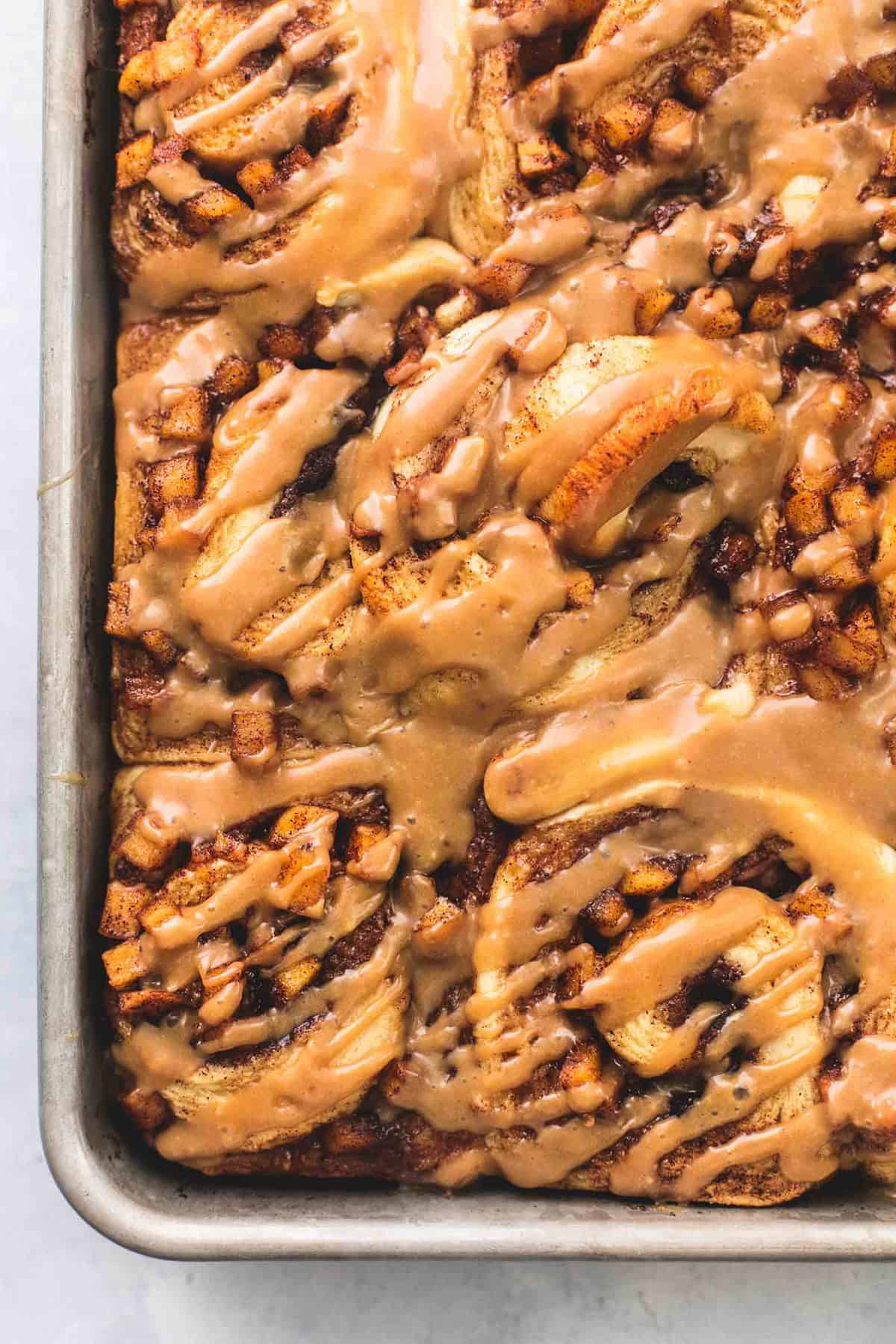 I’ve been baking ALL THE THINGS this week. Chocolate chip cookies, pumpkin cheesecake, and now cinnamon rolls. My house smells like cinnamon and buttery brown sugar and I’m not sad about it.  These cinnamon rolls will make you want to ditch your Fall-scented candle your house will smell that good. 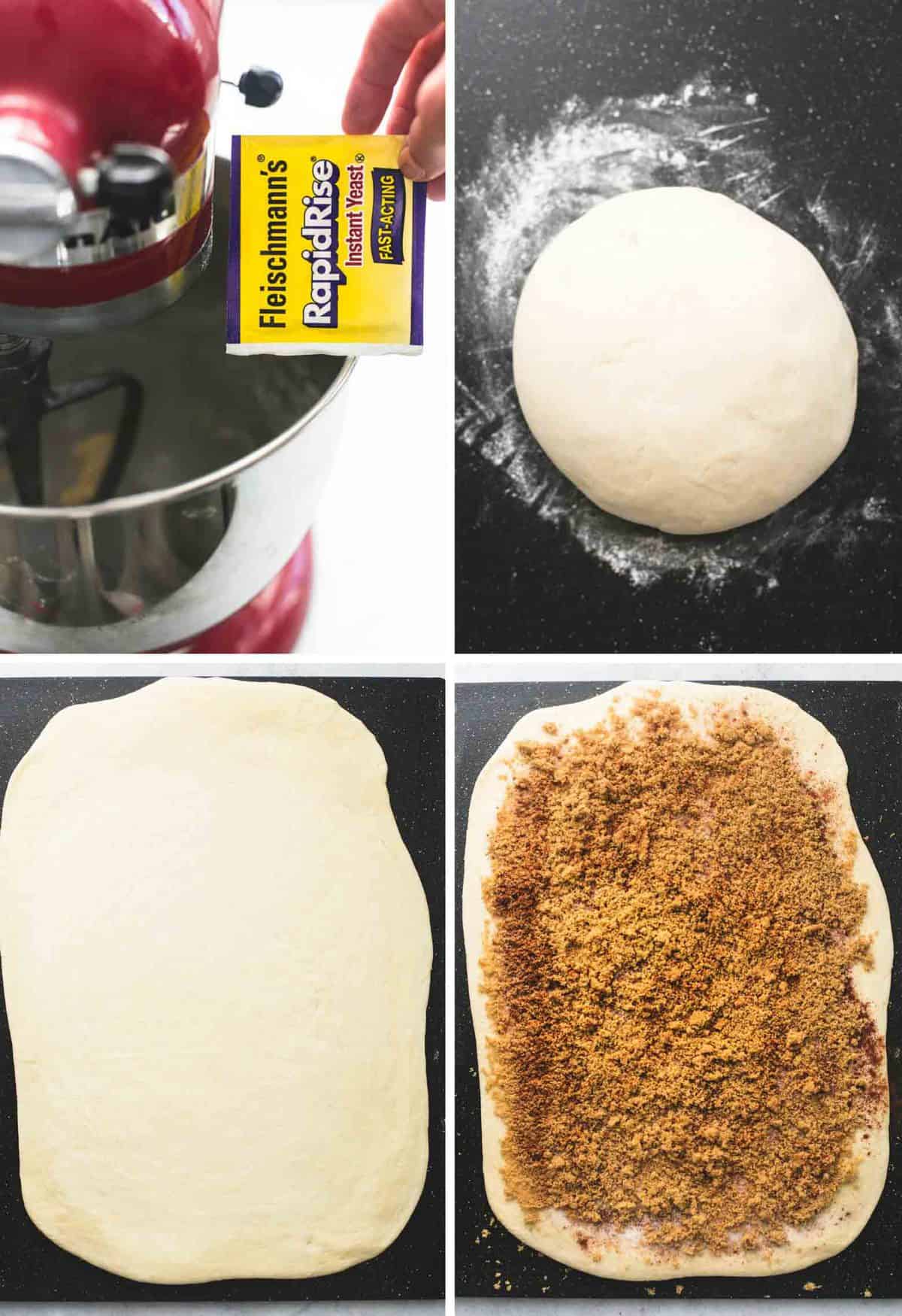 Thanks to Fleischmann’s® RapidRise Yeast you won’t need to spend hours in the kitchen whipping up these beauties. This recipe is simple, with no tricky steps. Even my three year old twin kiddos helped me make it this week and they came out perfectly so don’t be intimidated by working with yeast in this recipe – it’s EASY! These will come out even if you’ve got a couple of toddlers throwing flour in the air like “snow” the whole time you knead the dough. 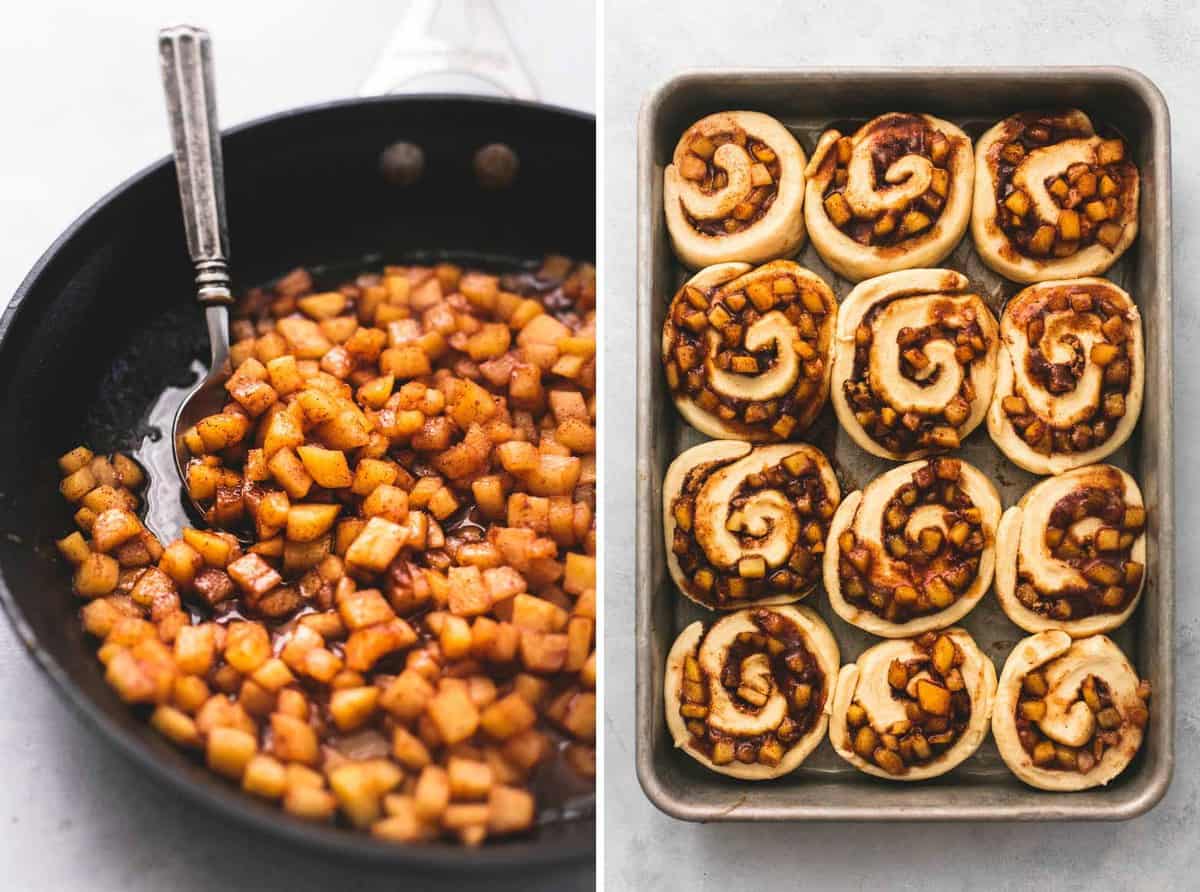 This recipe really involves three main parts – the dough, the filling, and the frosting. The dough is typically the most involved step in making cinnamon rolls, but using Fleischmann’s® RapidRise® Yeast cuts out a lot of extra steps. A few minutes of rising time is all it takes to get a light and soft dough, ready for rolling. If you want to save even more time (who doesn’t??)  you can actually make the dough ahead of time and refrigerate it, then pull it out when you’re ready to assemble your cinnamon rolls. 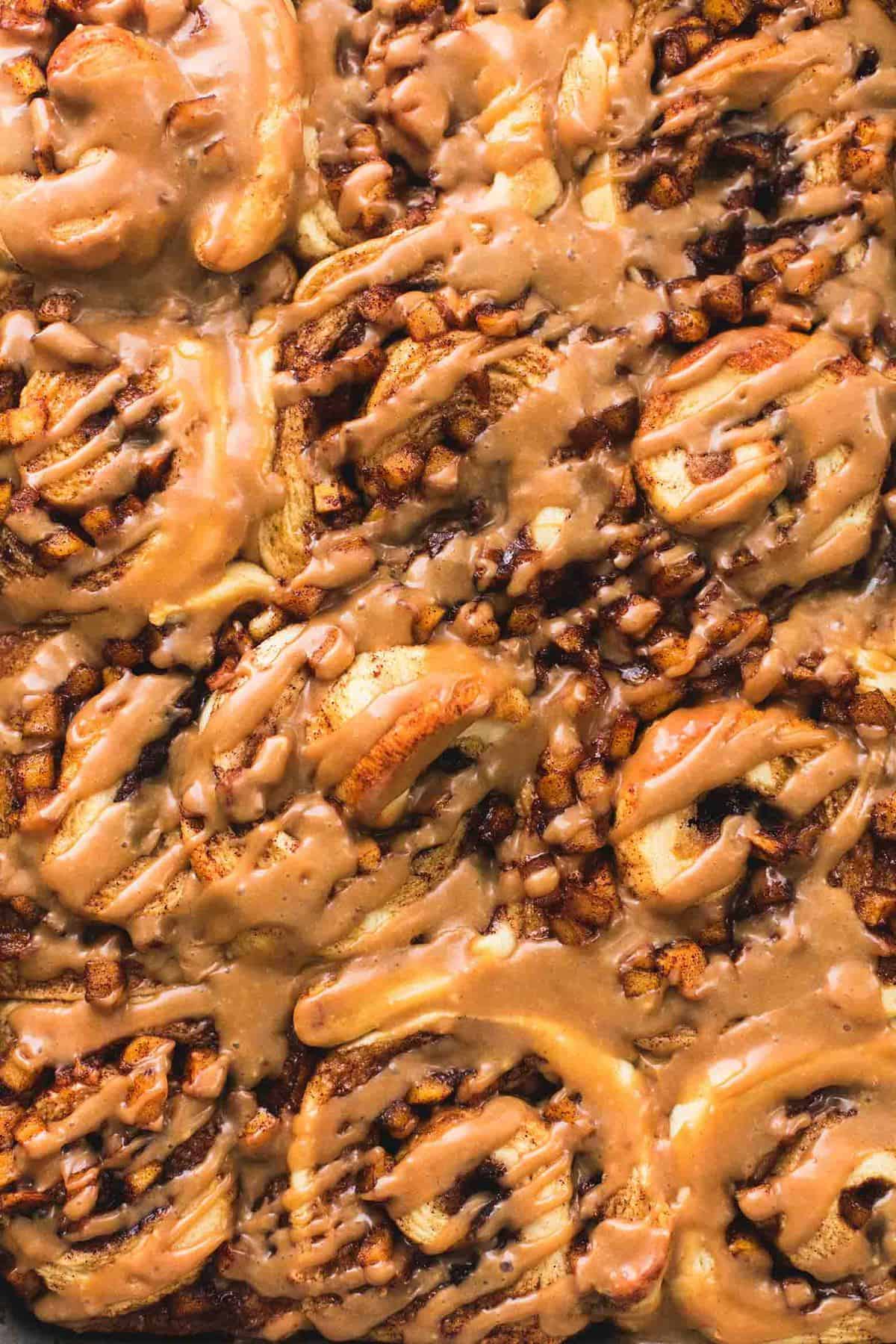 Once your dough is prepped and rubbed with softened butter, you can make the filling using freshly peeled and diced apples (I prefer Fuji apples!) along with some sugar and spices. First, sauté your apples in a bit of butter, brown sugar, and cinnamon for a few minutes until apples start to become tender. Spoon onto the buttered dough and top with a mixture of cinnamon, sugar, and apple pie spice.

Roll it up, slice into 12 equal sections, and place in a greased baking pan. Bake for about 25 minutes and move onto the final step – the frosting. 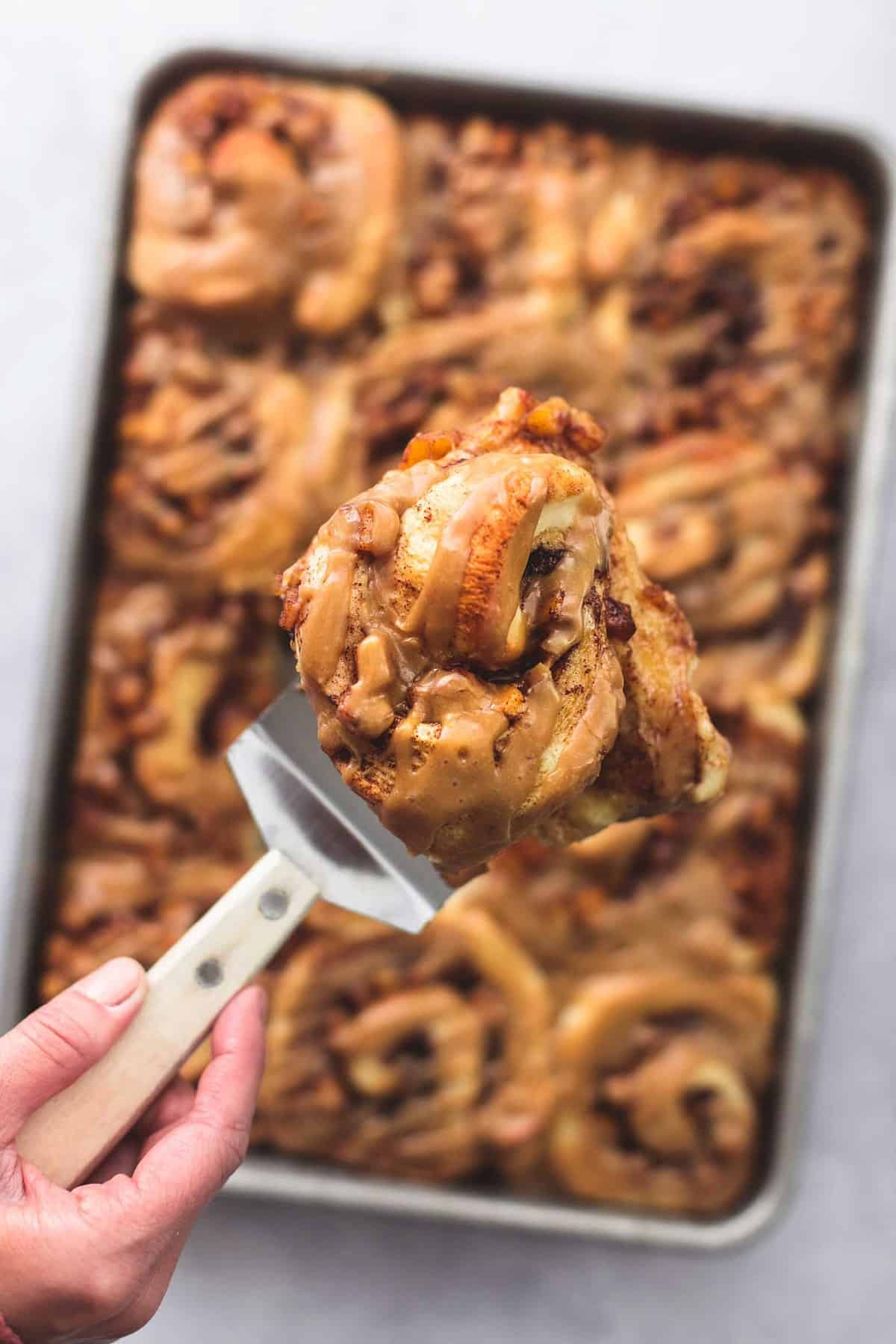 This frosting is hands down the most scrumptious topping for cinnamon rolls, and in particular these cinnamon rolls. The caramel-y brown sugar flavor perfectly compliments the apple pie filling and is a cinch to make. Use a sauce pan on the stove to boil butter and brown sugar, then add some heavy cream, vanilla, and powdered sugar. That’s all there is to it! Drizzle or spread the frosting on the cooled cinnamon rolls and serve or store in an airtight container until ready to serve. 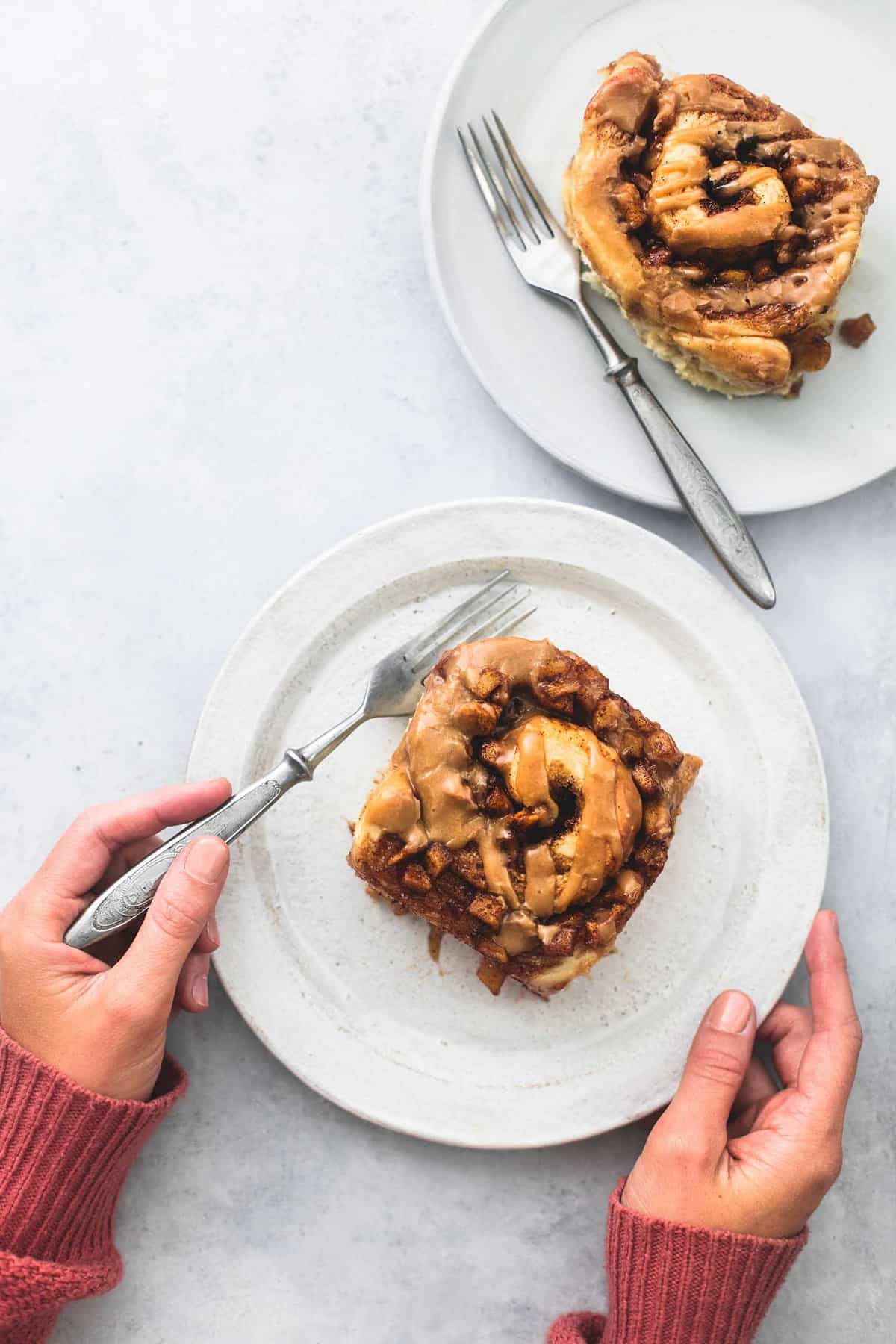 If you’ve been craving something that will put you in the Fall mood, this is IT. Throw on a comfy sweater and your favorite pair of cable knit socks and bake a batch of these incredibly tasty Apple Pie Cinnamon Rolls. You’ll fall in love with just one bite! 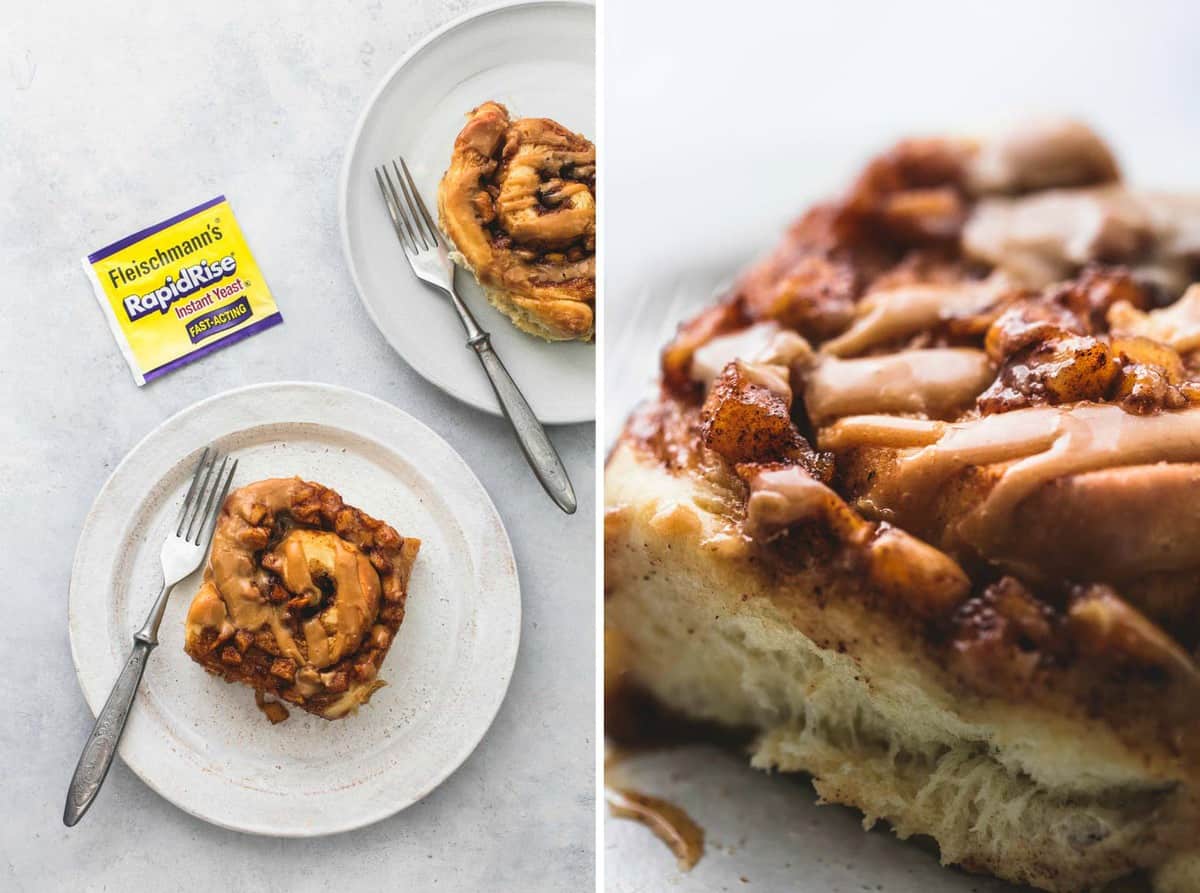 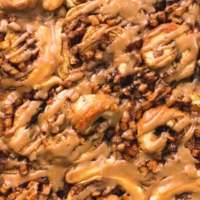 TIP:  Use unflavored dental floss instead of a knife to cut rolls.  To do, cut a piece of floss about 12 inches long.  Slide floss under the roll; bring the ends up and cross over to cut each slice.