Light and fluffy Pumpkin Cinnamon Rolls with cream cheese icing. These are so easy and quick to make, perfect for Fall! 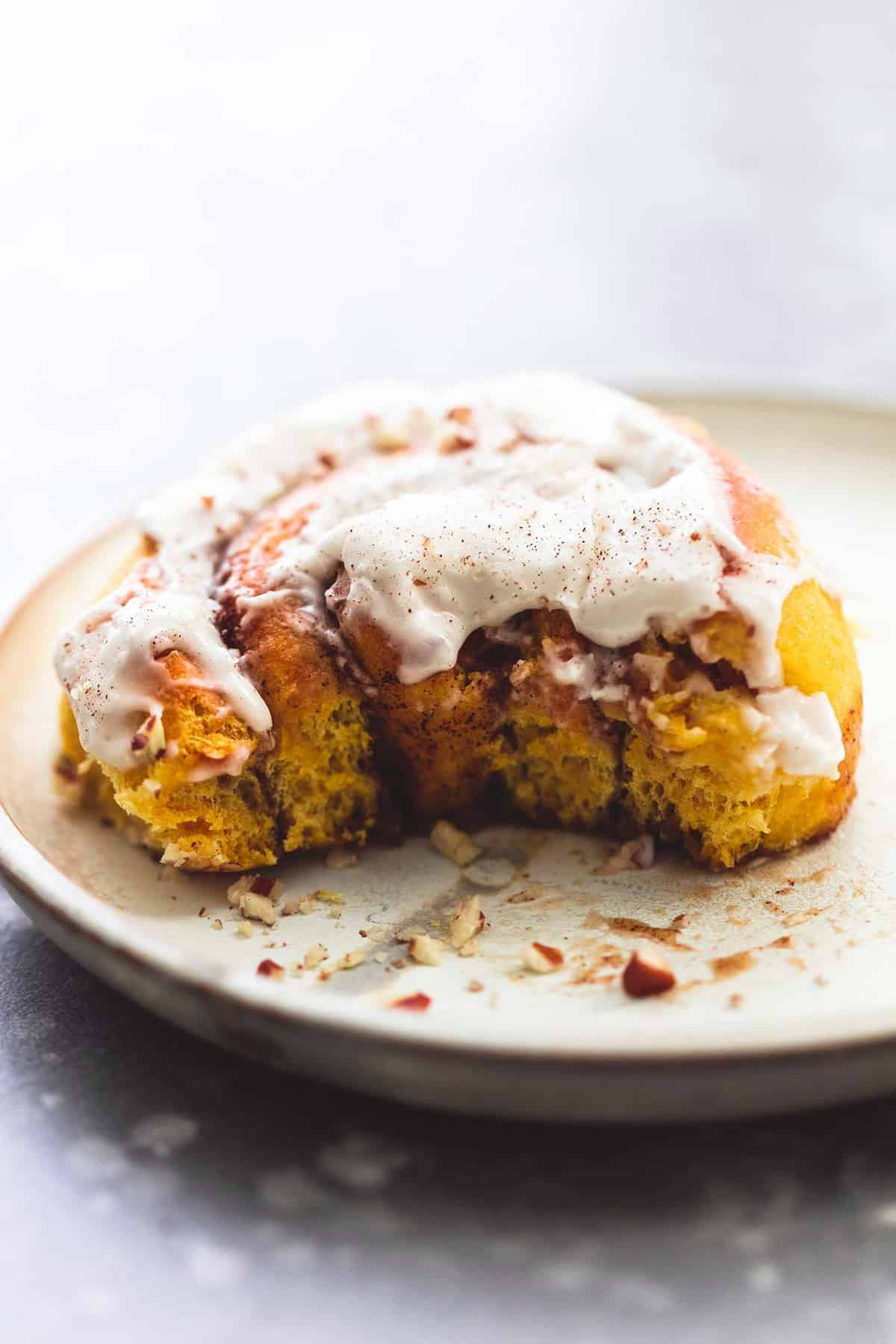 It is full-blown baking season at my house. Don’t get me wrong, I bake all year round, but this time of year when the leaves start to change color and the weather gets crisp I really get in the mood for cozy home baked goods. And if those baked goods make my house smell of pumpkin, cinnamon, and warm cream cheese icing well then all the better. 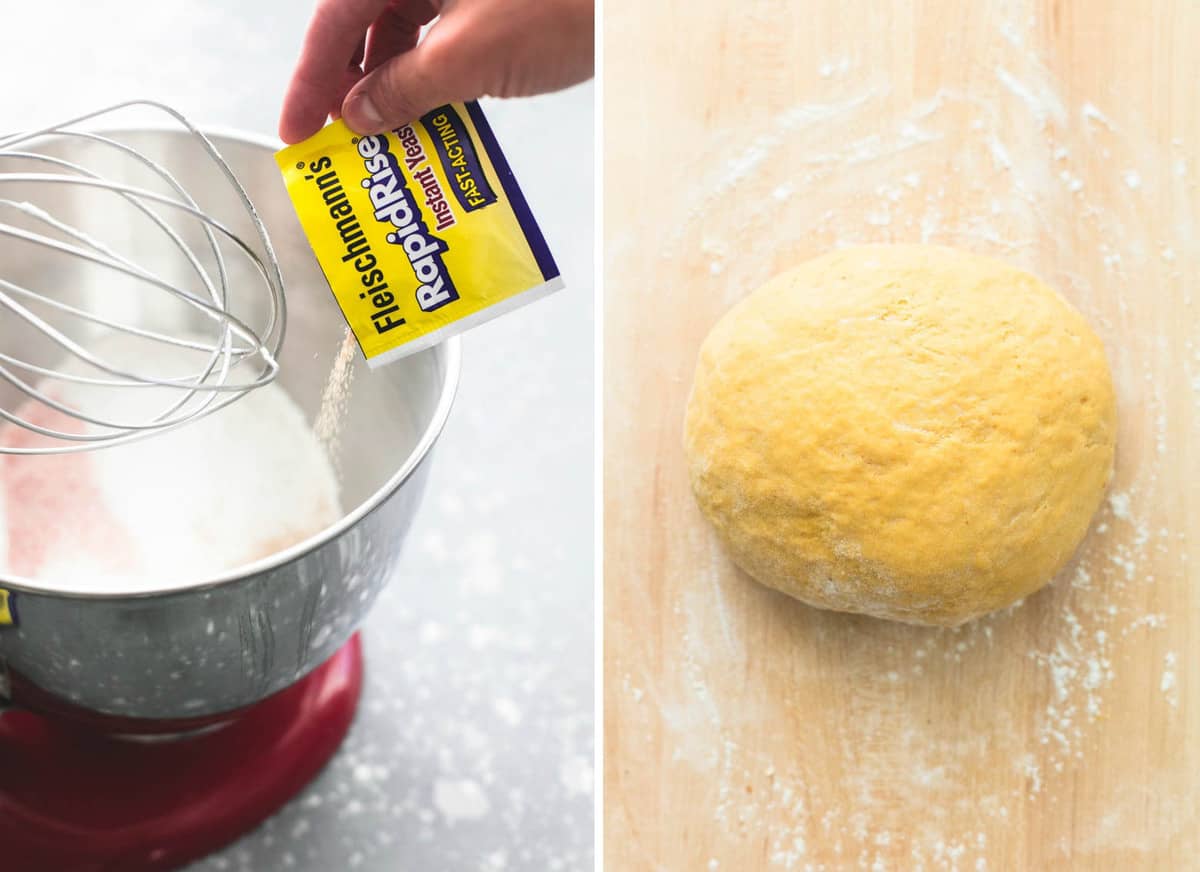 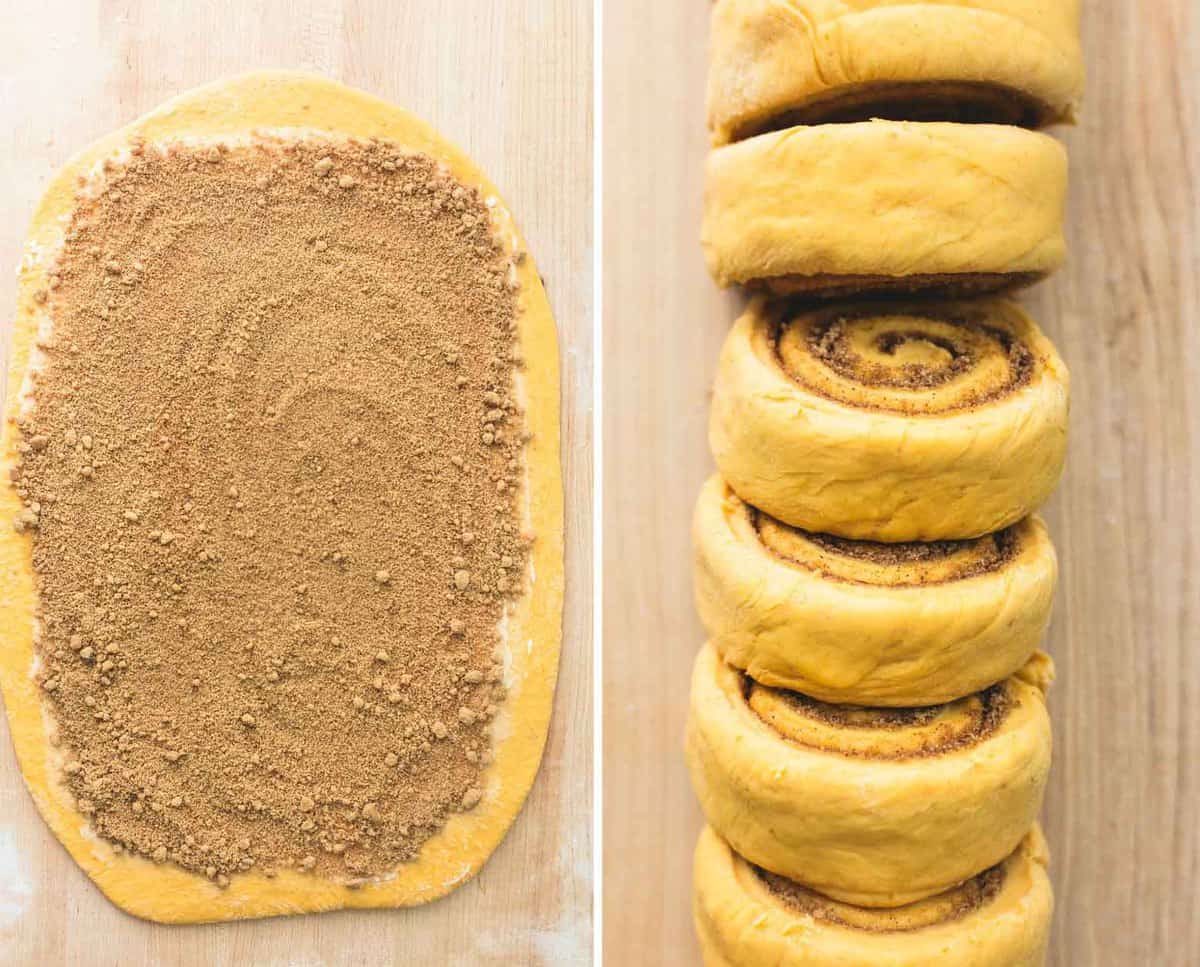 These Pumpkin Cinnamon Rolls are not only delicious, they’re incredibly easy to make! If you’ve been afraid to work with yeast in the past – let that go right here and now, because Fleischmann’s® RapidRise Yeast cuts out a lot of extra steps so that you can have warm, fluffy pumpkin cinnamon rolls on your table in less time and with less work.

With the help of Fleischmanns, these cinnamon rolls are easy enough that my toddlers can get in on the baking action. I love bringing my kids along for the ride when I’m making tasty treats – even if flour ends up all over the floor (and us!) I adore seeing the look of concentration on their faces as they carefully measure ingredients and pat the dough with their chubby little fingers.

As my little boy was helping me to add the yeast to the stand mixer bowl, he asked his favorite question “mommy what is this?” quickly followed by “but what does it do?”. Doing my best to keep it in terms he would understand, I explained that yeast helps the dough rise and “grow” into cinnamon rolls. 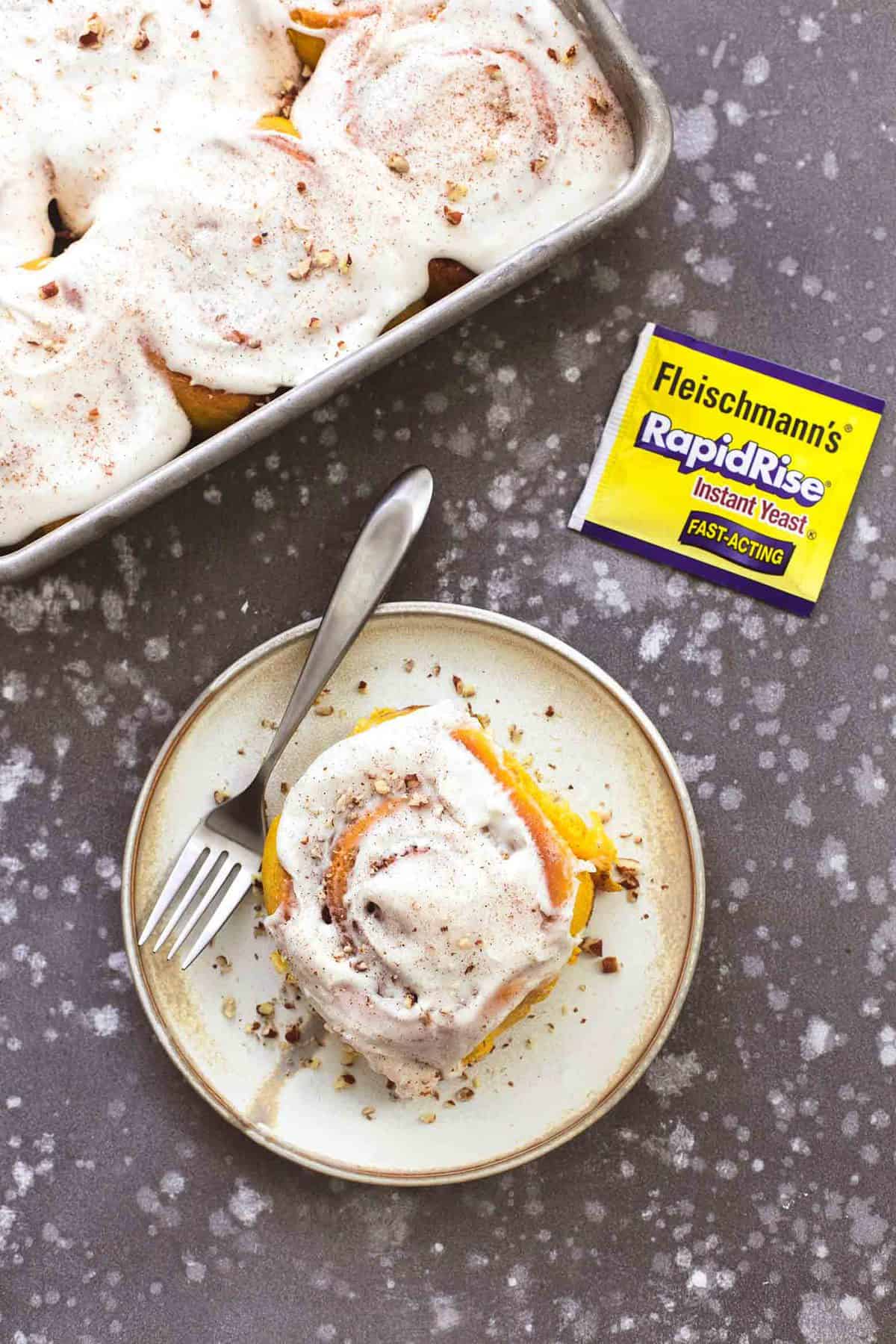 These easy Pumpkin Cinnamon Rolls are so soft and filled with the best brown sugar, cinnamon, and pumpkin pie spice filling, I can’t get enough! There are only five of this in this house, including our newest family member who can’t eat solid foods yet, so a 9×13 pan actually left us with enough leftovers to have breakfast for the next day or two and I wasn’t one bit sad about that!

Oh and a pro tip: feel free to double the icing, I like to keep a little container of it in the fridge and pull it out when I warm up a leftover cinnamon roll. Trust me on this one, you’ll be thanking me later! 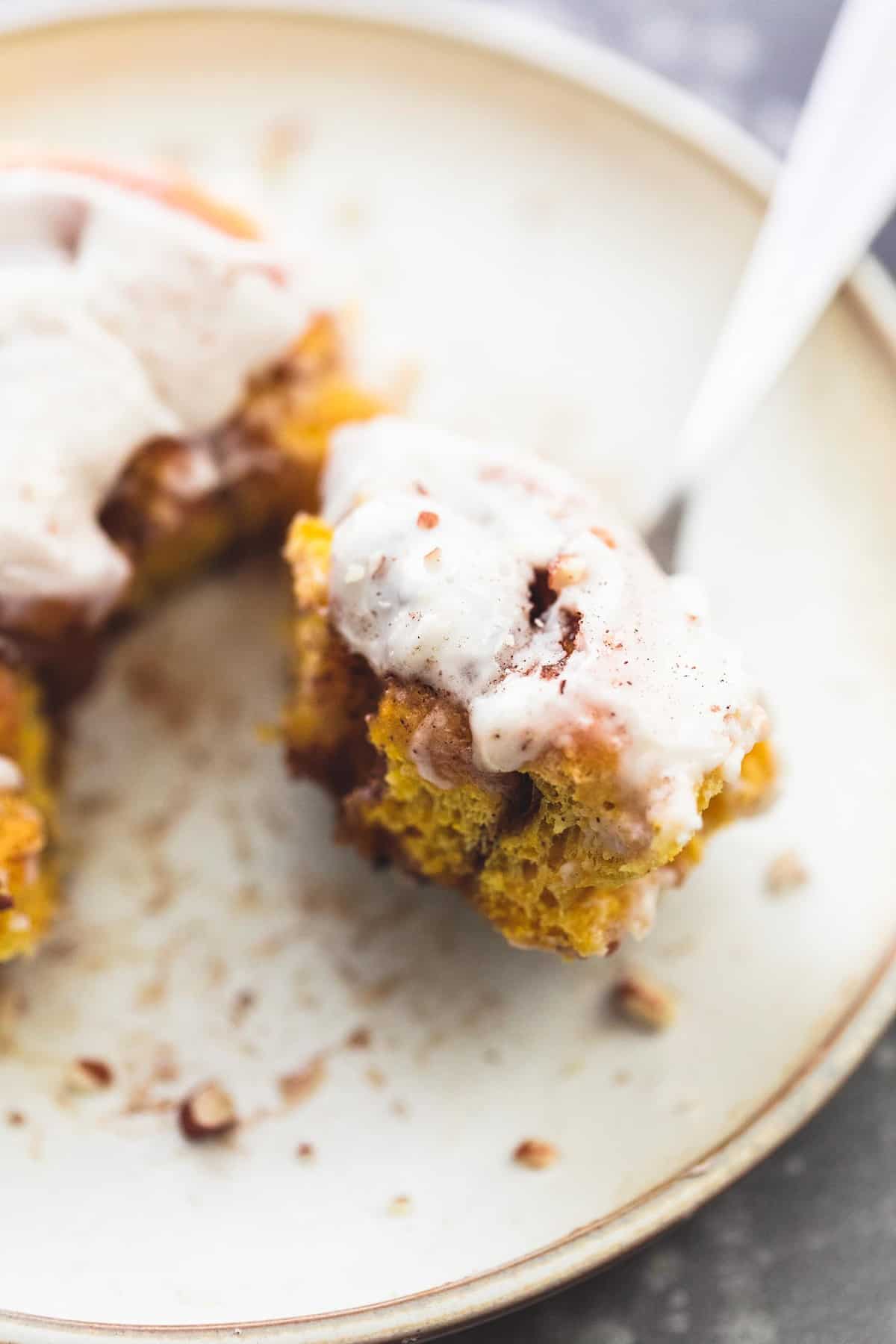 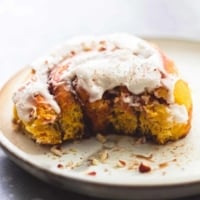 Light and fluffy Pumpkin Cinnamon Rolls with cream cheese icing. These are so easy and quick to make, perfect for Fall!
5 from 4 votes
Print Pin Rate
Servings: 12 cinnamon rolls

Recipe from Breadworld.
Course: Breakfast
Author: Tiffany
Did You Make This Recipe?Tag @cremedelacrumb1 on Instagram and hashtag it #cremedelacrumb!