Back again… with more pumpkin! Stop it, you are so not sick of my pumpkin recipes.

P.S. I can’t decide if it’s good or bad that my husband just glanced at the computer, saw these pictures and said, “hey those look yummy, will you make those sometime?”

Um… I totally fed these to you last week… 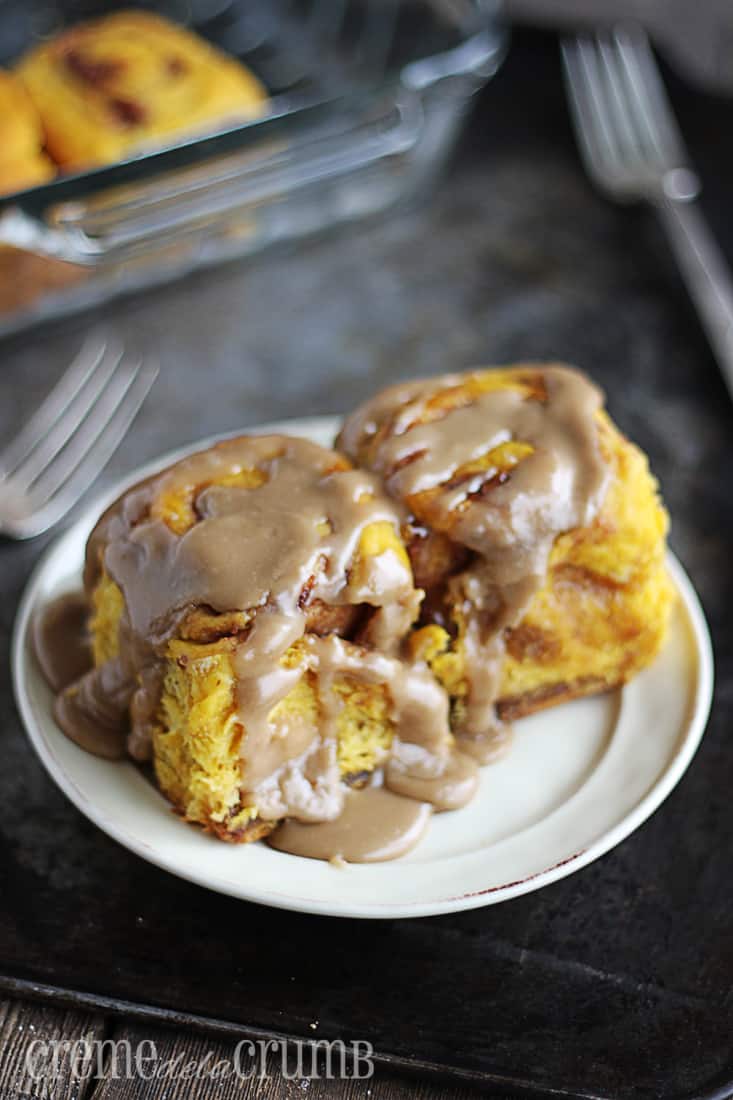 On a different note… Today officially felt like fall to me. I wore a sweater. Well… a cardigan. With sandals. And capris. But still… this fall thing is happening, like it or not.  I have to ask though, boots in September are okay right? I’m talking like ankle boots or riding boots, not snow boots here. Those obviously are only appropriate when the fluffy white stuff comes down.

But today my coworkers were going on about how you can’t wear boots til like, November. What?? There are probably only three months of the year I don’t wear boots and those months just ended. Except I wear my cowboy boots in the summertime so I actually wear boots all year round.

Yes. Cowboy boots. I’m the black sheep of the family. It’s okay, we’ve all got one and in this family, I’m it. 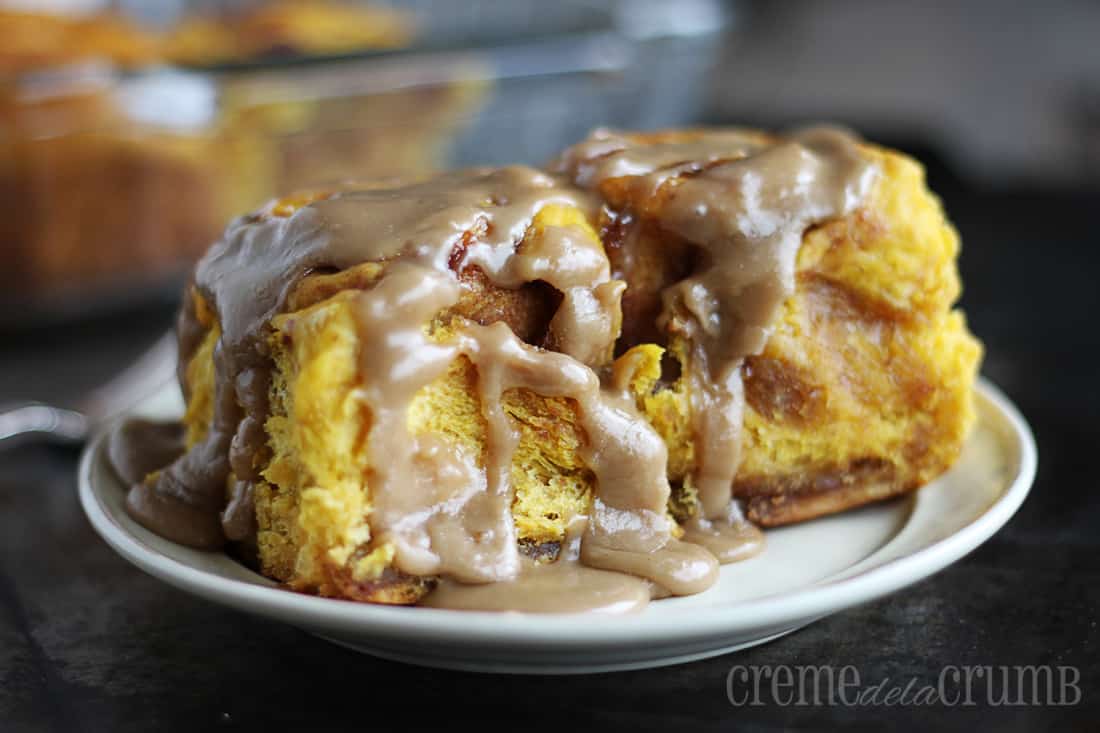 But back to these incredible Maple Pumpkin Cinnamon Rolls. Wow. Is there anything non-fallish about that? Maple. Pumpkin. Cinnamon.

Hello crisp Autumn morning, why don’t you stay a while and share with me these wonderfully doughy, maple-frosted pumpkin rolls of goodness. Here, have another I don’t mind sharing.

Woah, three is kind of pushing it, let’s just take it easy okay?

What people are saying about these Maple Pumpkin Cinnamon Rolls

“ohmygosh, I just made these (haven’t gotten to do the icing yet) and they are to die for. I didn’t put cinnamon in them, since I’m allergic, so I just used extra cloves, allspice, ginger, and nutmeg. *goes to buy maple extract* Thanks for an incredible recipe!” – Alex

“I tried your pumpkin cinnamon rolls recipe and it was sooo delicious !!! *_* Thank you so very much !!” – Elodie

“These are delicious and the color/flavor is a nice change up from standard rolls. I’ve made these several times, for crowds and even substituted some ingredients to make them vegan with excellent results! Simply use a vegan butter substitute and a soy or nut milk for the regular milk.” – Daniel

“I varied by using sweet potato instead, but OH MY!! This recipe is delicious!!! I will try again with the recipe as written, using pumpkin puree!! Thank you!!!” – Colleen 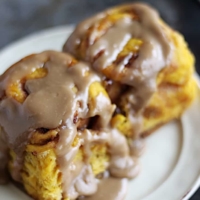 Serve immediately or store in airtight container at room temperature up to three days.