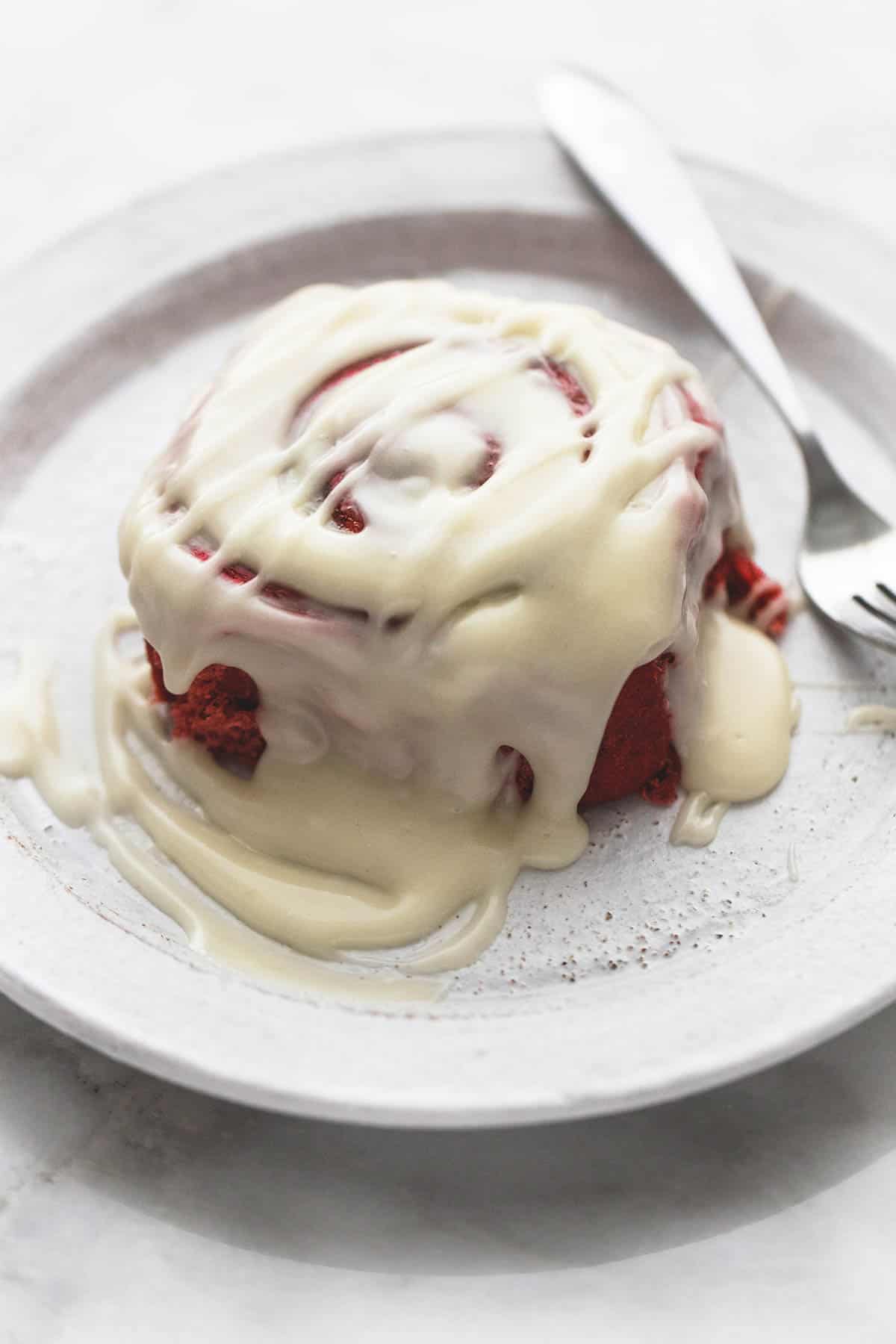 It’s February and that alone is an excellent excuse to make something red velvet – not that you need an excuse. And these Red Velvet Cinnamon Rolls are the epitome of red velvet deliciousness. 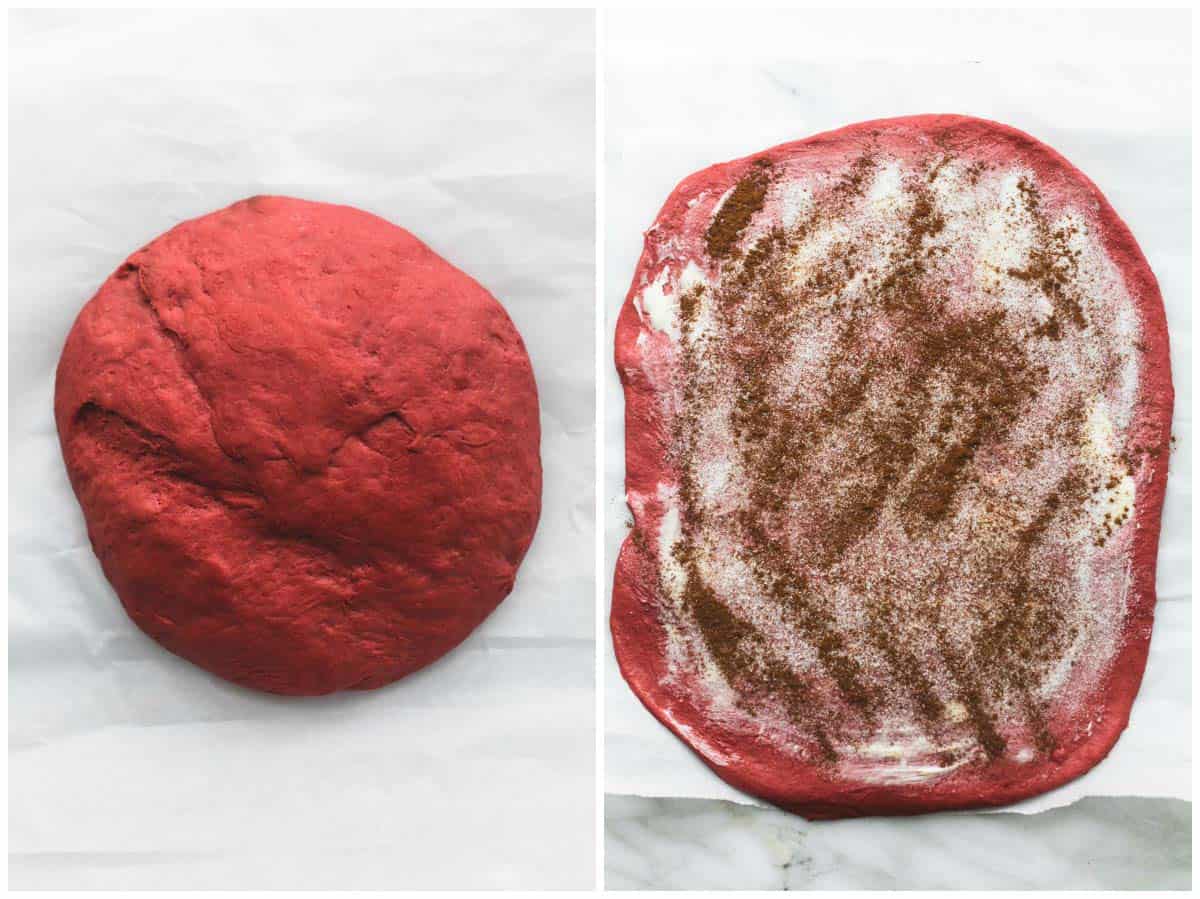 This recipe is super simple and easy to follow and only requires one rise (WOOHOO!) thanks to Fleischmann’s® RapidRise™ Yeast. The yeast is fast-acting, which means your that much closer to a piping hot pan of yummy, perfectly light and fluffy red velvet cinnamon rolls. If you’ve never baked with yeast before because you’ve felt intimidated, any worries about baking with yeast should be off the table because Fleischmann’s® Yeast is so easy to work with. That means everything I love from homemade pizza dough, to whole wheat sandwich bread is easy breezy. I call that winning! 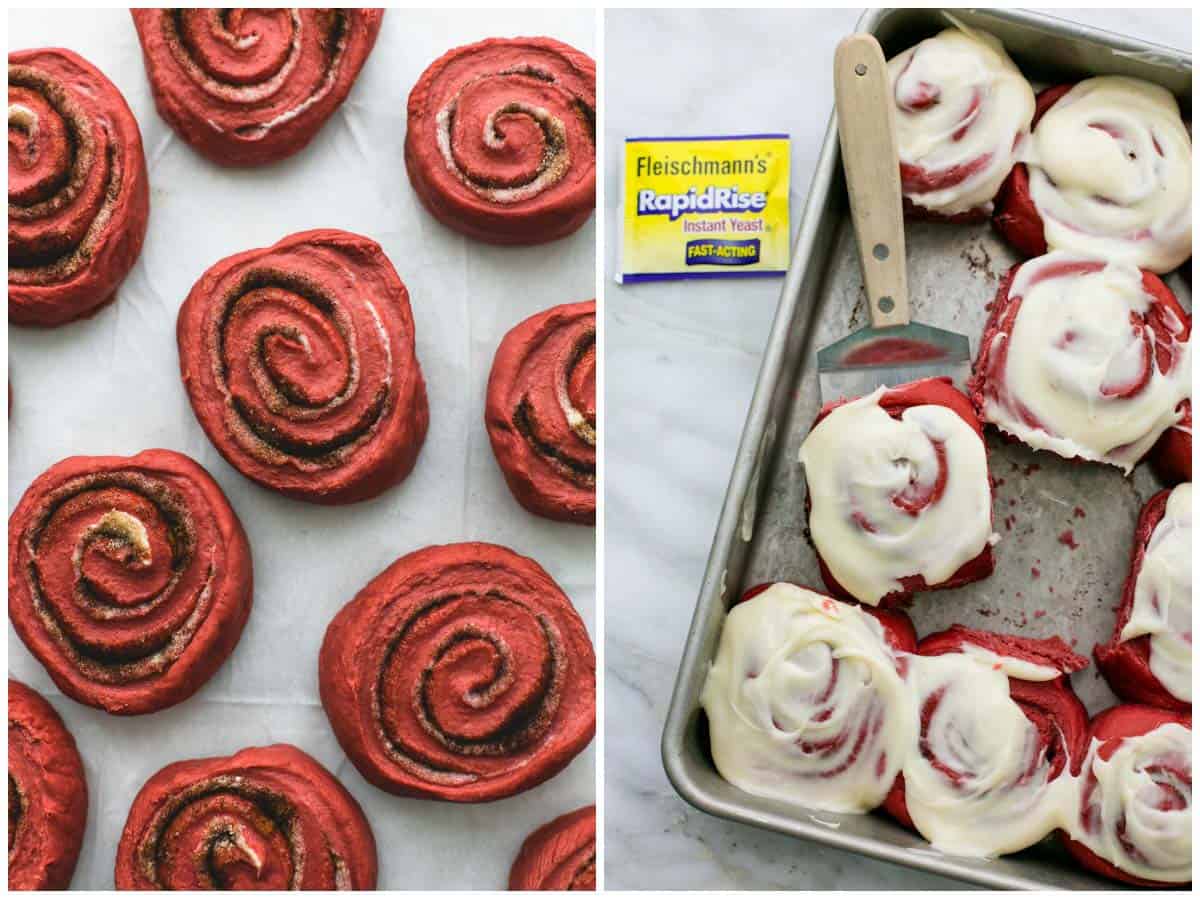 The filling is made with a simple combination of butter, sugar, a little bit of cocoa powder, and cinnamon and it all works perfectly with that red velvet dough. I like to think of red velvet as being that perfect happy medium between vanilla and chocolate. Truly the best of both worlds. 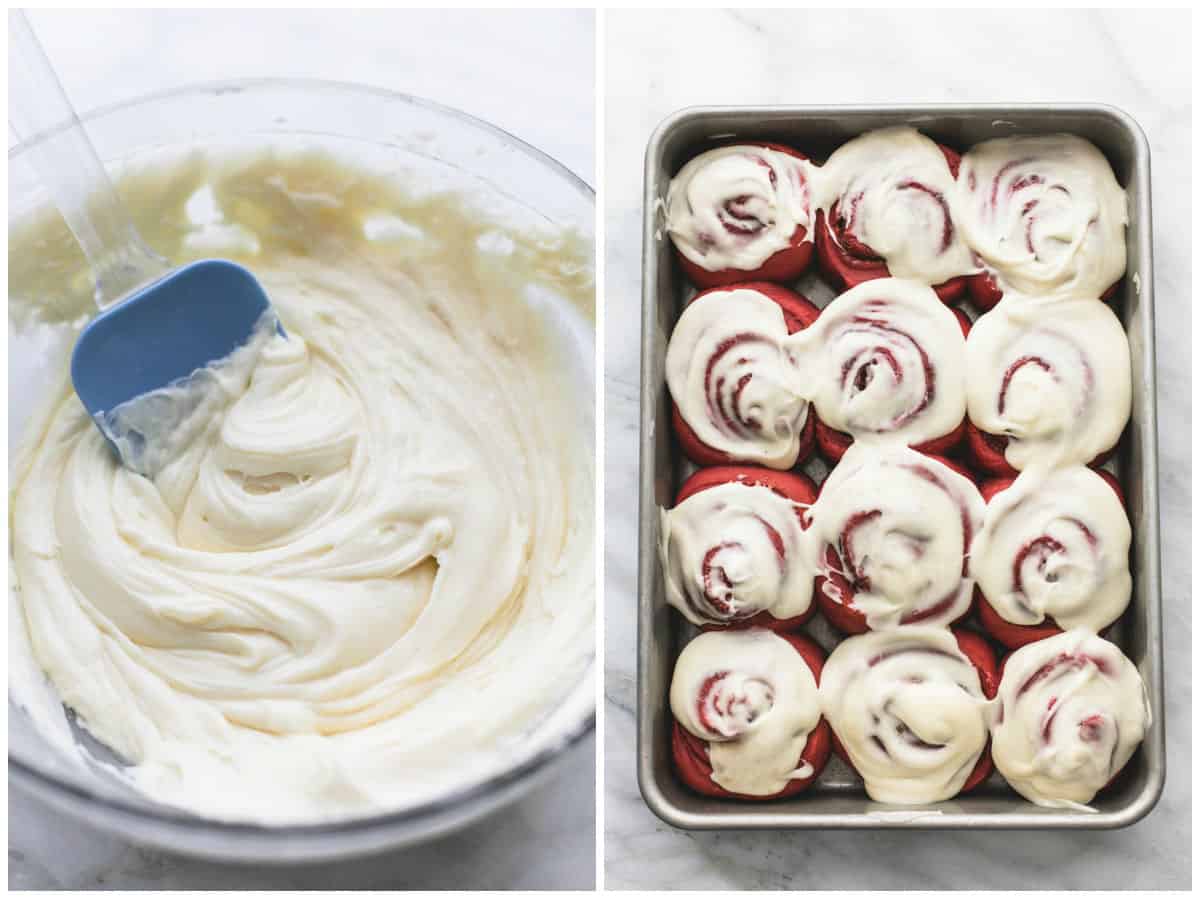 Now if you want to scale back on the frosting, you can certainly make a half-batch and do more of a lighter glaze on the rolls. For me, there’s no skimping in the frosting department, I’m already eating a cinnamon roll so I’m going all-out and I never get sick of this incredibly rich and silky smooth brown butter cream cheese frosting. Yes, brown butter AND cream cheese together in one spot, all piled high on top of the most perfect cinnamon rolls. These beauties really are the perfect way to show your special someone how much you care about them for Valentine’s Day – or any occasion! 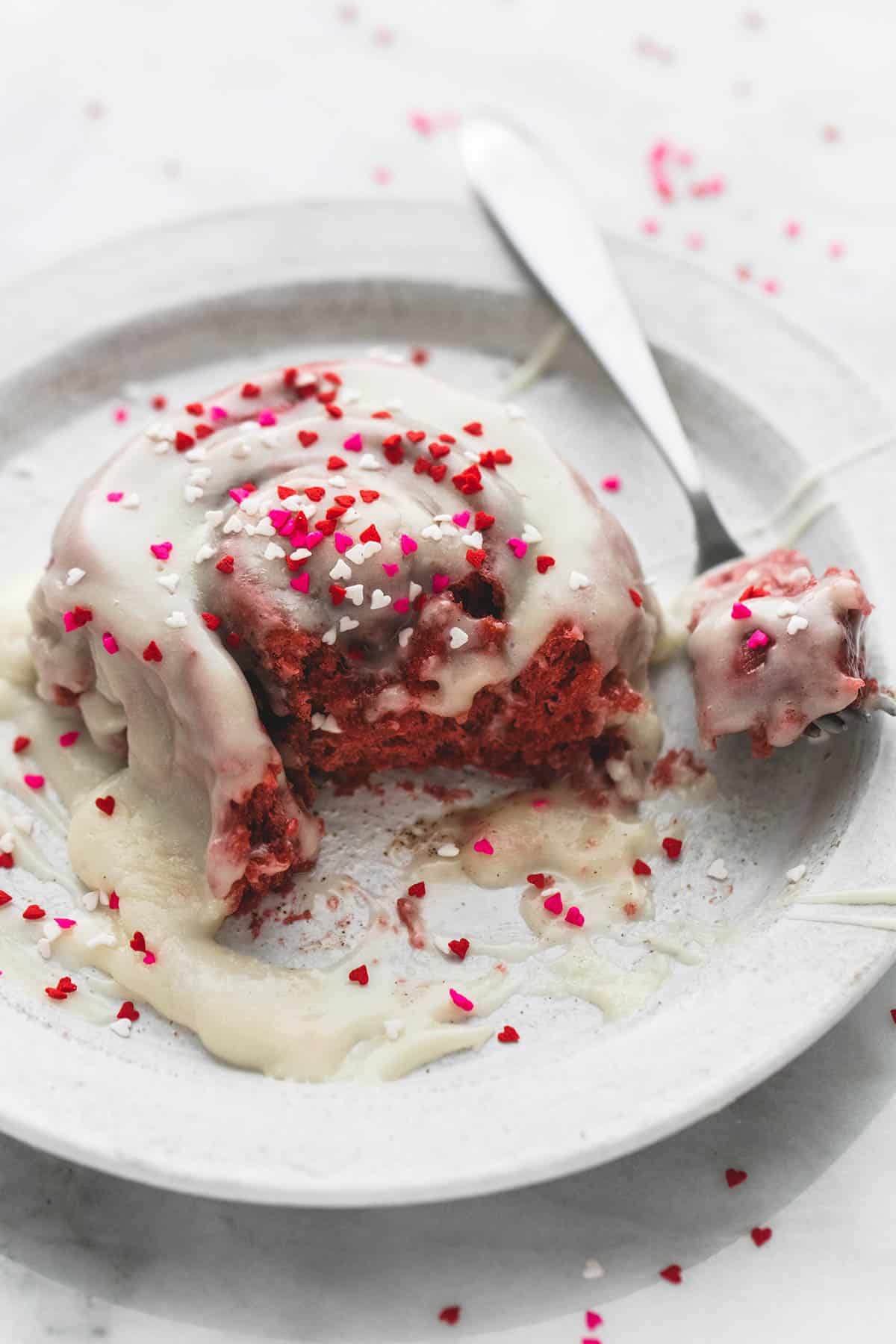 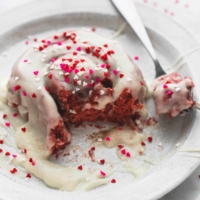 Store in airtight container at room temperature, reheat individually in microwave for 20-30 seconds.