This sweet and indulgent Cinnamon Swirl Monkey Bread is easy to make and fun to eat! Drizzle cream cheese vanilla glaze on top for a cinnamon roll twist on a classic dessert! 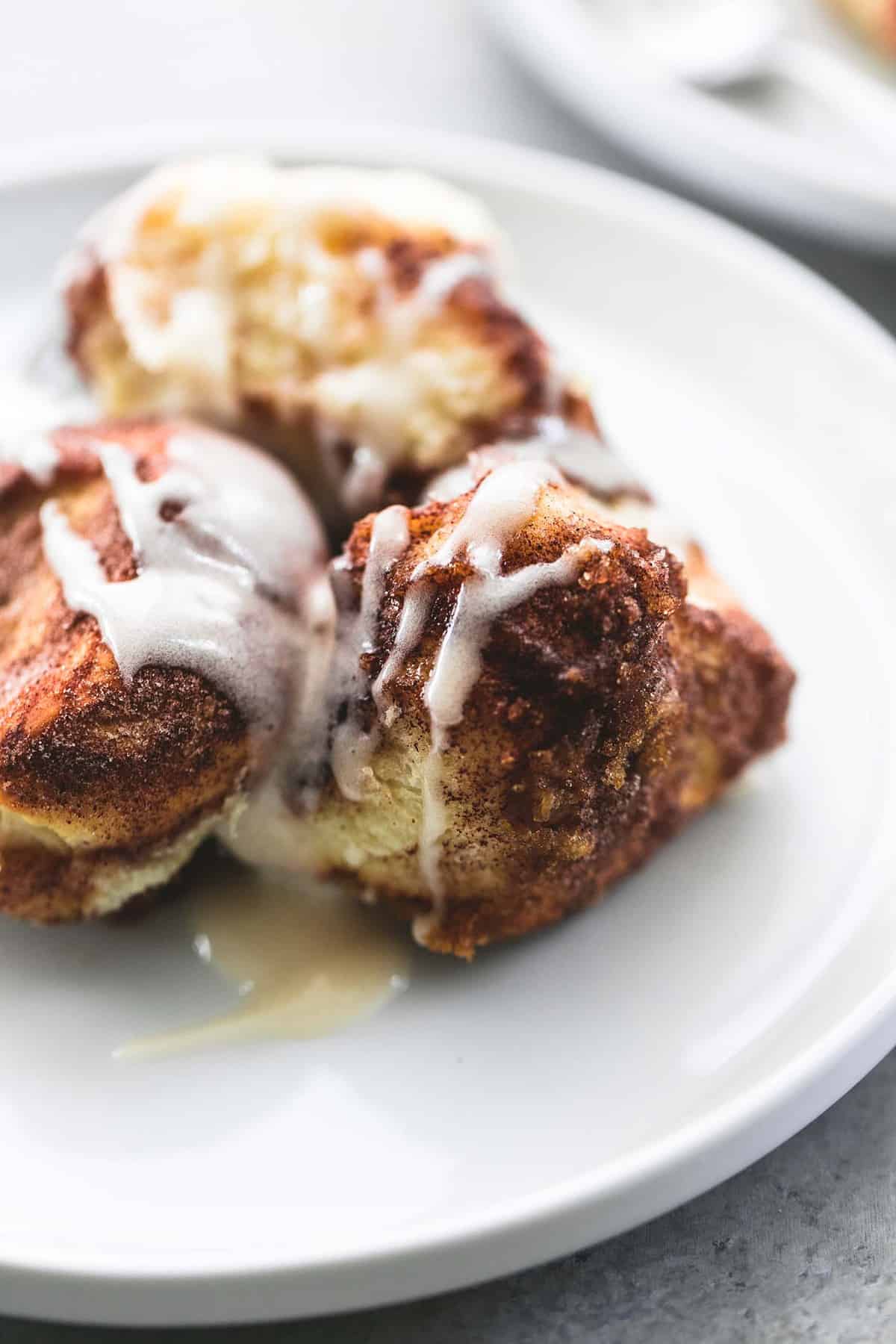 It’s that time of year again when I’m thinking about our holiday menu and trying to whittle down what I might make for THE meal.

No not the Thanksgiving feast, and not Christmas dinner either. Don’t misunderstand me, I have a special corner of my heart reserved for those two, trust me. Because if cranberry salad and sweet potato casserole are involved, count. me. in. But right now I’m referring to my personal favorite, Christmas morning breakfast. 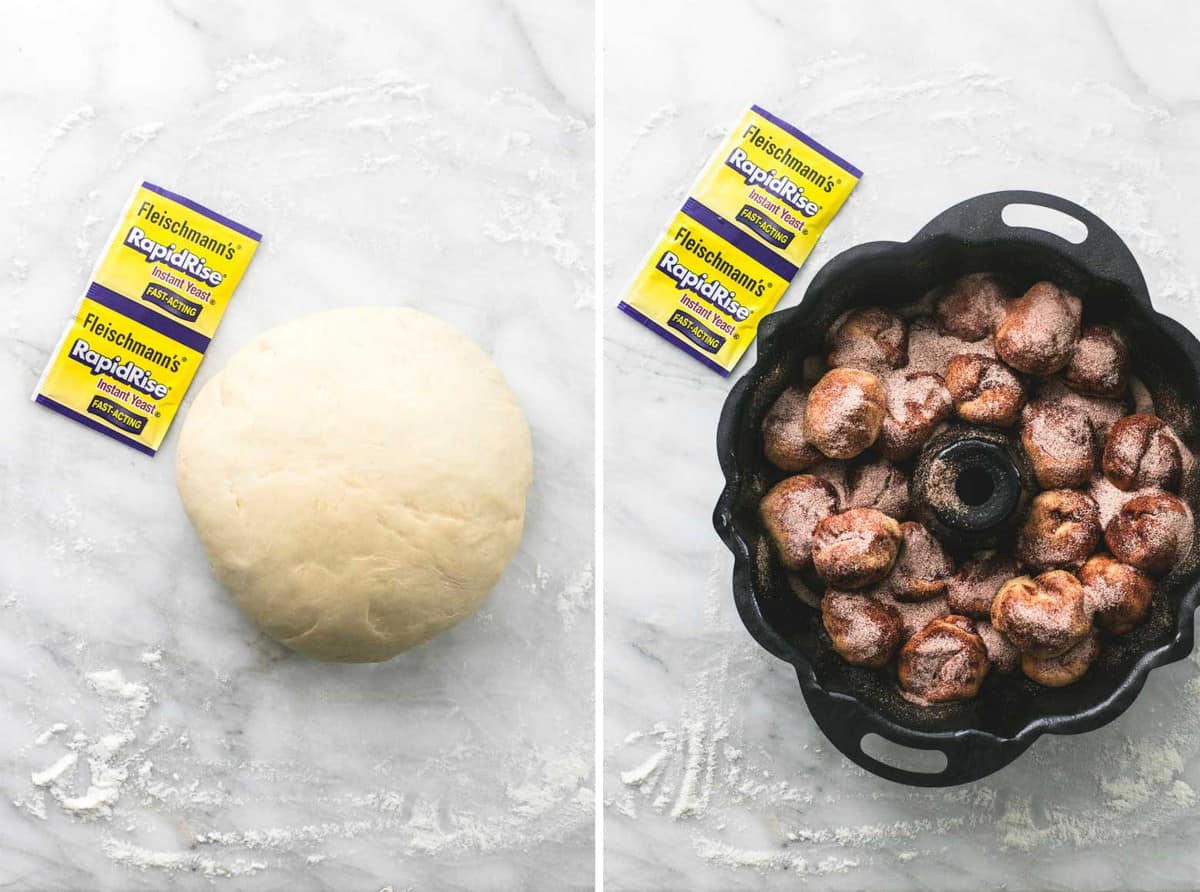 Christmas morning breakfast sets the tone for the whole day, and each year I carefully weigh the many delicious options before selecting what I’ll be making, and serving my family when the big day rolls around and you better believe this year Cinnamon Swirl Monkey Bread is right at the top of my list. 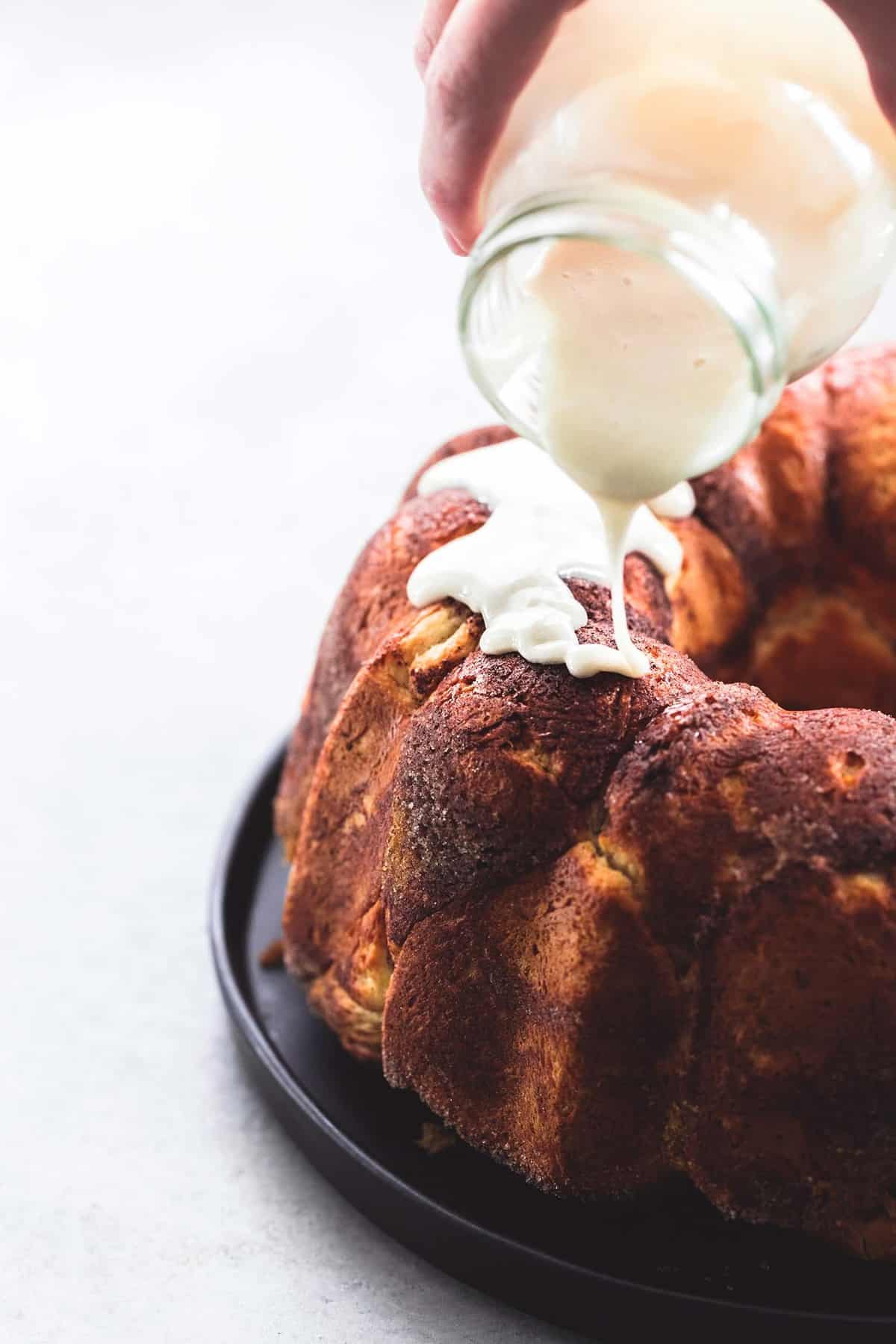 This recipe ticks off all of my must-haves for a Christmas morning breakfast recipe: 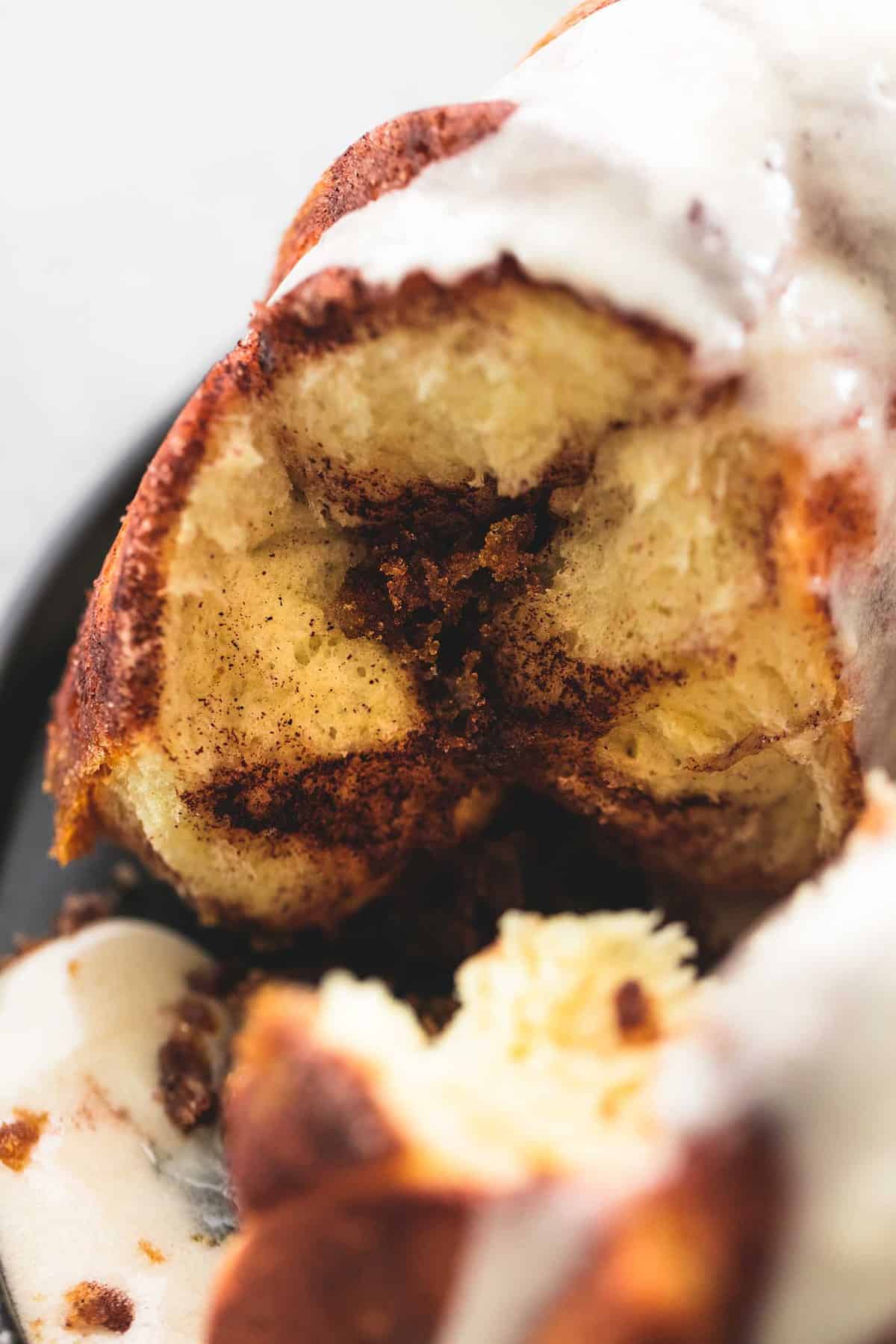 You’ll notice I put Easy at the top of that must-have list. Fleischmann’s® RapidRise Yeast  is the key to whipping up these fluffy, doughy, cinnamon-y monkey bread morsels with as few steps and as little prep time as possible. Last week I let my toddlers help me out on a test run for these babies and they came out perfect! They helped add the yeast to the dough, roll it into balls, sprinkle the cinnamon sugar on, and of course they got a thrill out of drizzling that cream cheese glaze before shoveling warm monkey bread into their mouths as quickly as they could.

This Cinnamon Swirl Monkey Bread will please your entire family this season, whether it’s on Christmas morning for breakfast, or for dessert on a cozy Sunday night by the fireplace. You will be amazed at how easy it is to make monkey bread from scratch when you use Fleischmann’s® RapidRise Yeast! 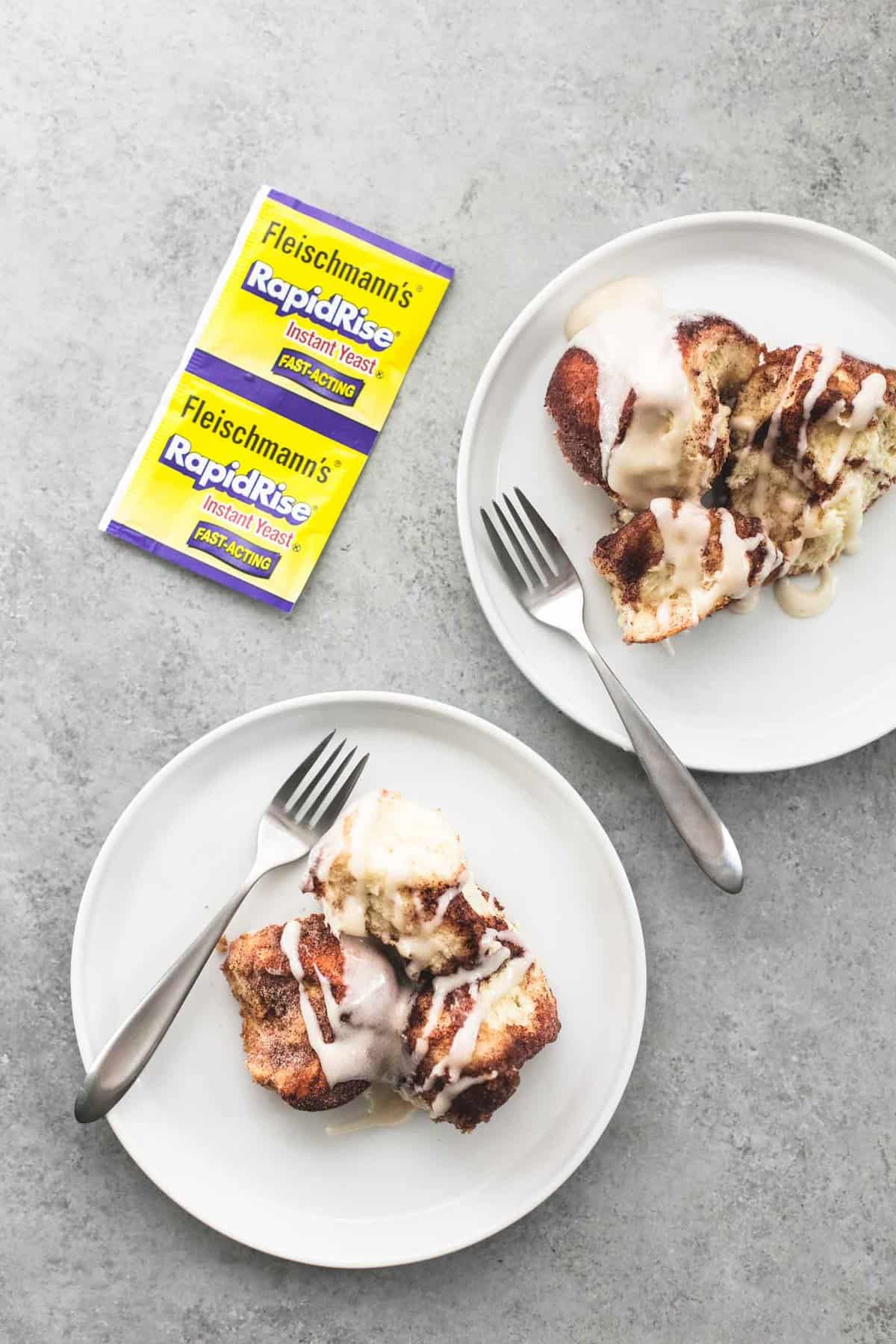 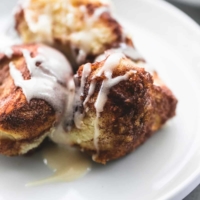 To Make the Glaze