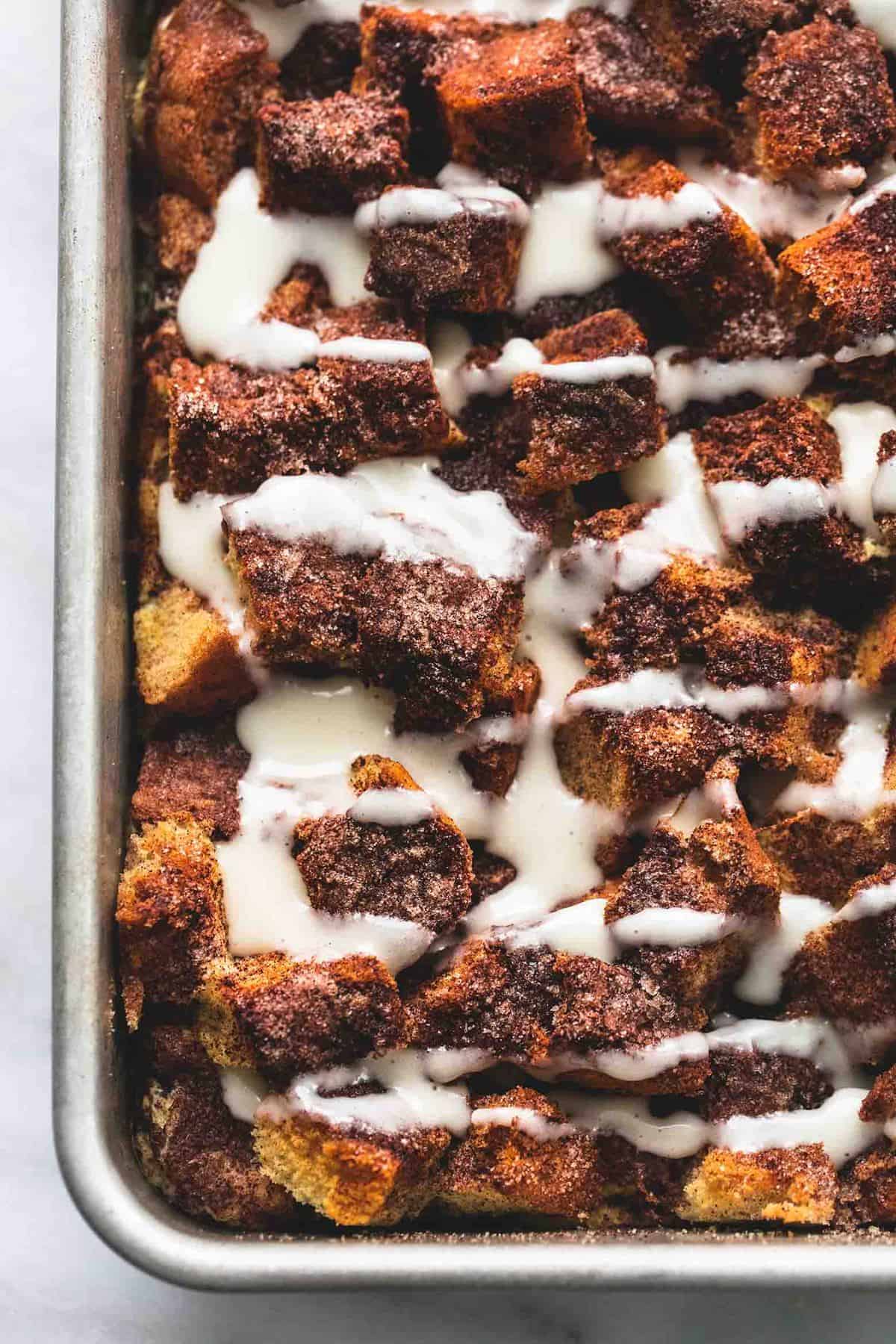 I love a good holiday breakfast or brunch recipe that requires minimal work and packs maximum deliciousness! I’ve been testing out breakfast recipes for Christmas morning this year and I’m telling you right here, right now, this is the winner.

Everyone goes crazy for this, even my super picky two year old twins and that is saying something because normally the only breakfast food they will eat is cereal, peanut butter toast, and waffles. And we’re not talking about my favorite homemade, super fluffy Belgian-style waffles, we are talking frozen waffles. They don’t even dip them in syrup! They’re strange kids.

After telling a little white lie and convincing the kids that we were eating donuts (don’t judge) they tried it and completely loved this French toast casserole. But how can you not when it tastes like a cinnamon roll?!? 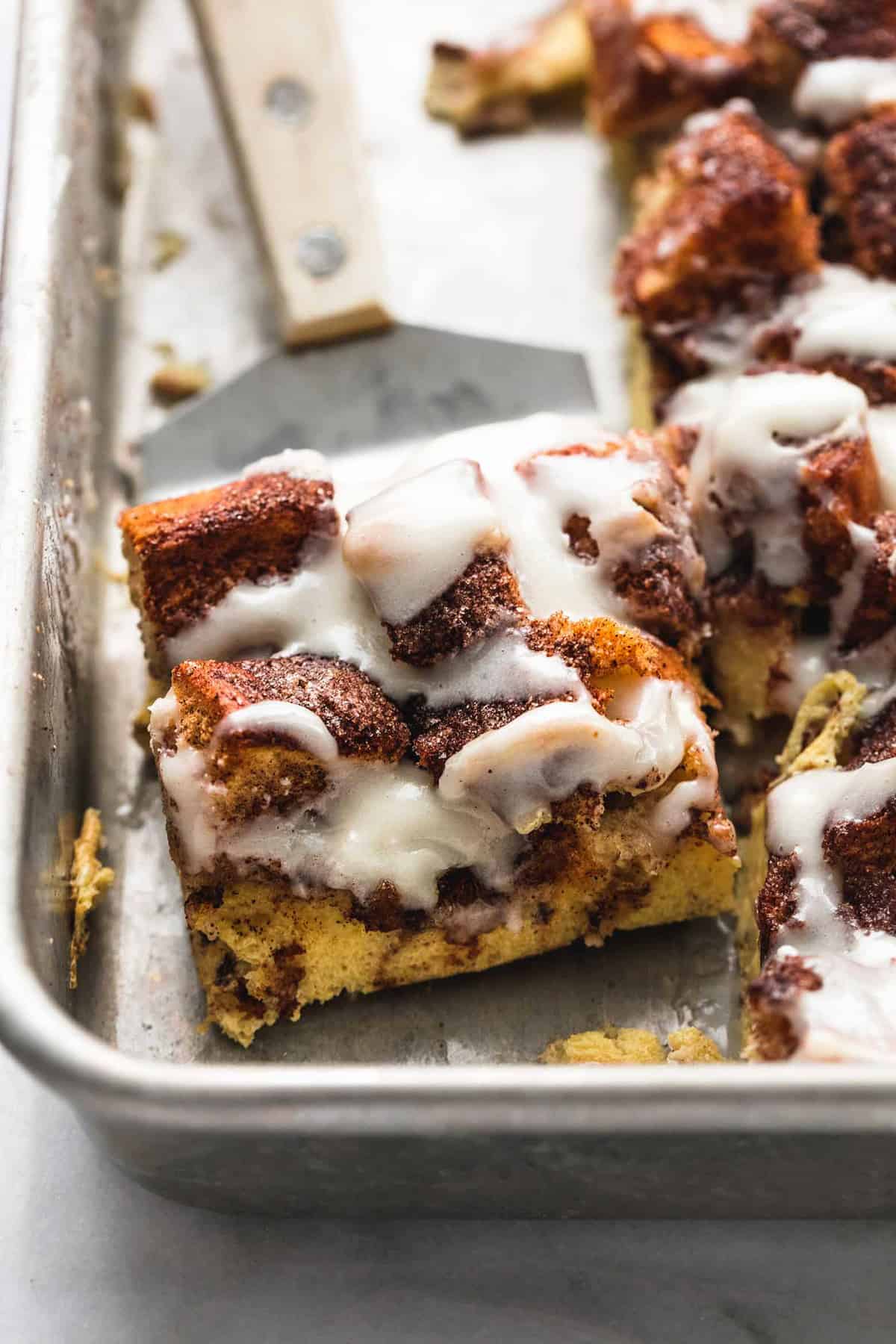 How to make overnight or make-ahead French Toast Casserole

1) It starts with thick-cut and very soft white bread, often called “Texas Toast”. The night before (or at least 8 hours before serving) cut the bread into 1-inch cubes and layer half of them in a 9×13 inch baking pan. (Use a pan that is at least 2 inches deep)

2) Cover the first half with a sugar + brown sugar + cinnamon mixture, then top with the second half of the bread cubes. Pour the milk mixture (consisting of milk, eggs, vanilla, and a little sugar) over the top of the bread cubes. Cover tightly and refrigerate overnight or up about 8 hours.

3) About an hour before serving, remove the pan from the fridge and uncover it. Sprinkle cinnamon and sugar over the top, and then drizzle with melted butter. Bake for 35-45 minutes until the bread is golden and cooked through. 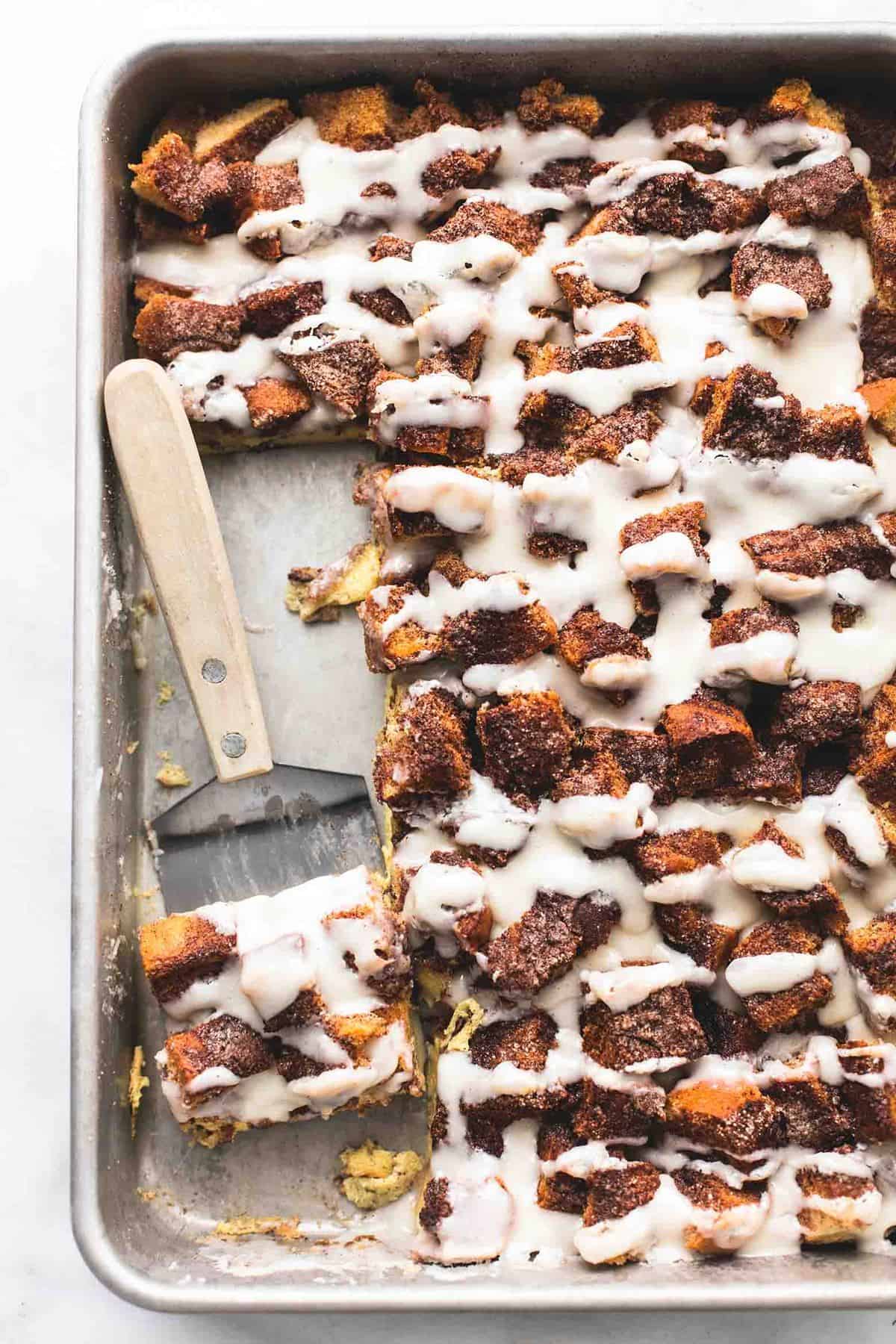 Your family and friends won’t be able to resist this tasty Cinnamon Roll French Toast Casserole. Tastes like a cinnamon roll, feels like French toast, this is the perfect blend of your favorite breakfasts in an easy and simple make-ahead form! 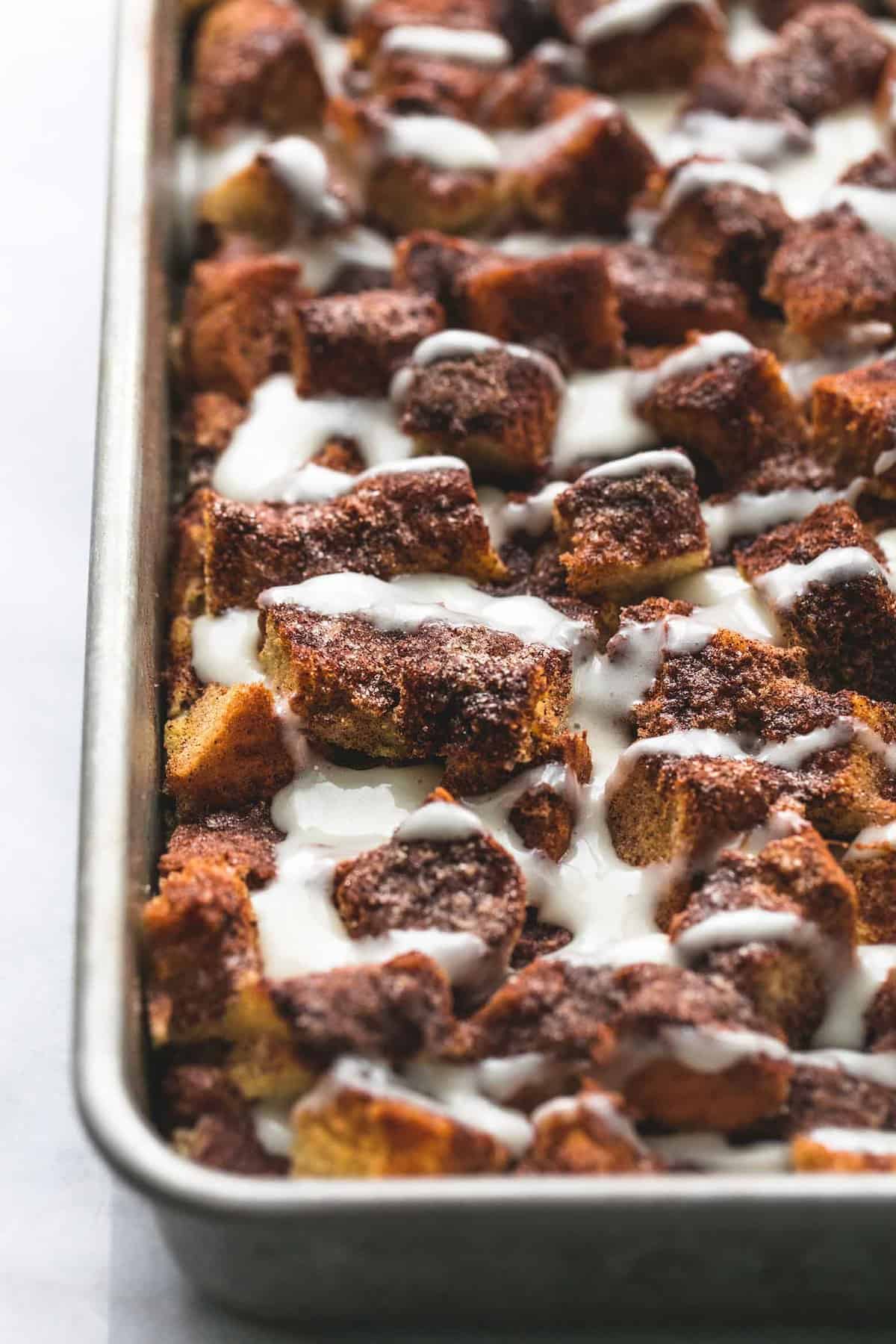 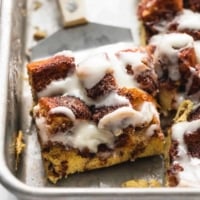