Green Chile Chowder – Thick and creamy chowder with a spicy green chile kick! The lime, cilantro, and two kinds of peppers gave it the most amazing flavor! 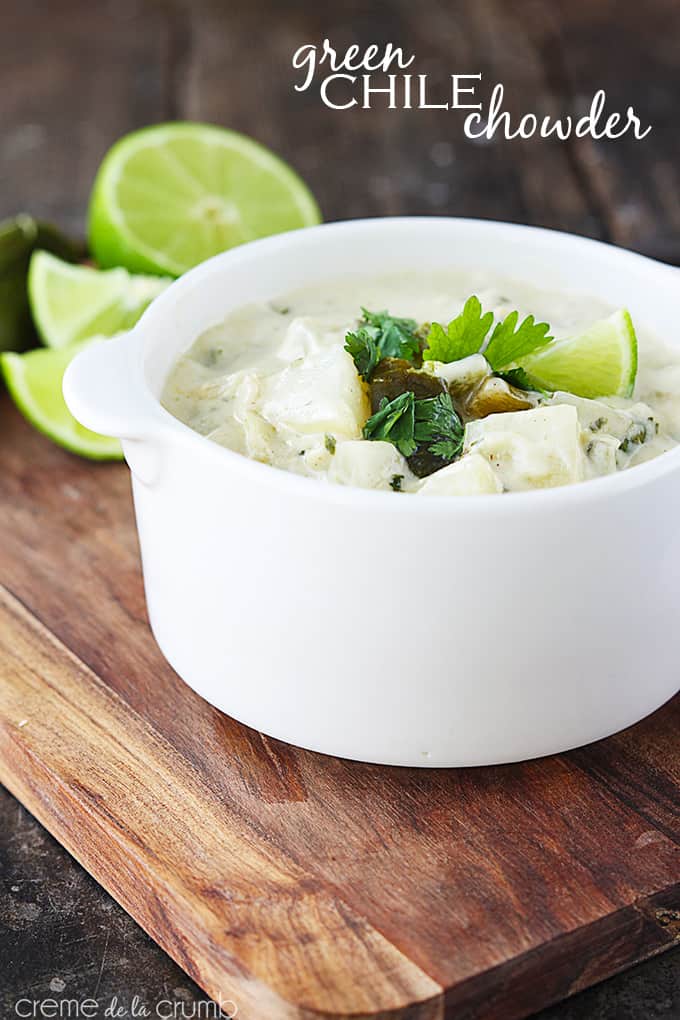 So we are on day three of our upstairs remodel project. Our leather couch is freezing out on the back patio, the fireplace is half-way painted, and we have no floor, but we are getting there. I’m just glad we’ve managed to stay on schedule so far. First day prep work, including furniture moving, wall sanding, carpet removal, and a nasty subfloor demolition. We found a second layer of repulsive linoleum under that subfloor. (Want to see a picture of it?? Follow me on instagram! It had to be shared.) 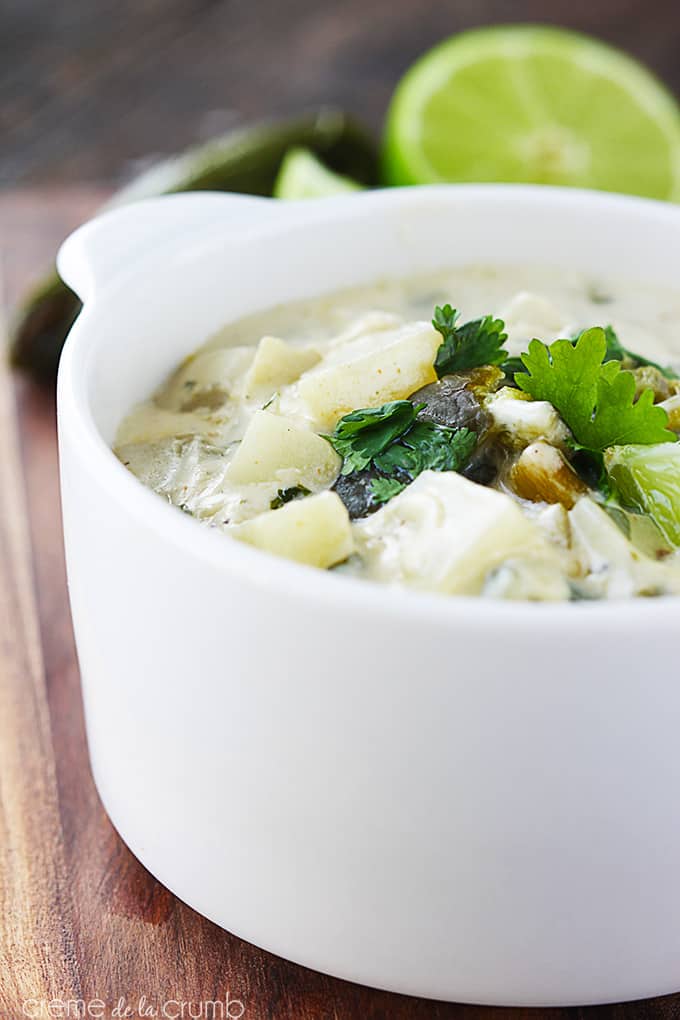 Day two was painting day, a living room, kitchen, hallway, and two-story tall entryway. It’s really a miracle that we got all of that painting done seeing as how I hadn’t even chosen colors when we started the demolition on day one. Four trips to Lowes later we came full circle and decided to carry the main color in the basement into the upstairs. Sounds boring I know, but it looked the best of anything we tried. Don’t worry, we aren’t completely dull, we did a large accent wall. I won’t tell you the color however, you’ll have to wait for the big reveal to see that! 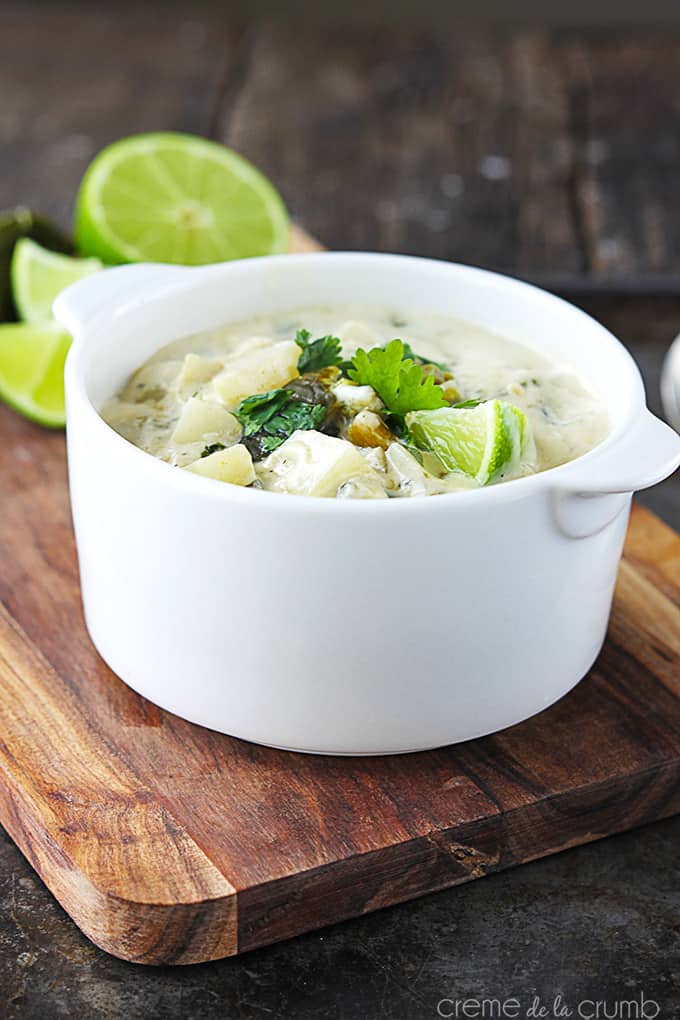 When my kitchen is safe to walk in again and not covered with an inch of dust and scattered with construction hardware, I’m making another batch of this Green Chile Chowder! It was SO delicious. No wait, scrumptious? Delectable?? I don’t know, it was just amazing! So creamy, but not too thick, and the lime, cilantro, and two kinds of peppers gave it the most wonderful flavor! It’s just a little kick, enough to make you love it but not burn your tongue off. We went crazy for this soup! And it was so easy. Don’t be intimidated by the pepper broiling and peeling, it is so much easier than it sounds and I promise it only takes about 10 minutes. But even if it took an hour, it would be entirely worth it for this soup! 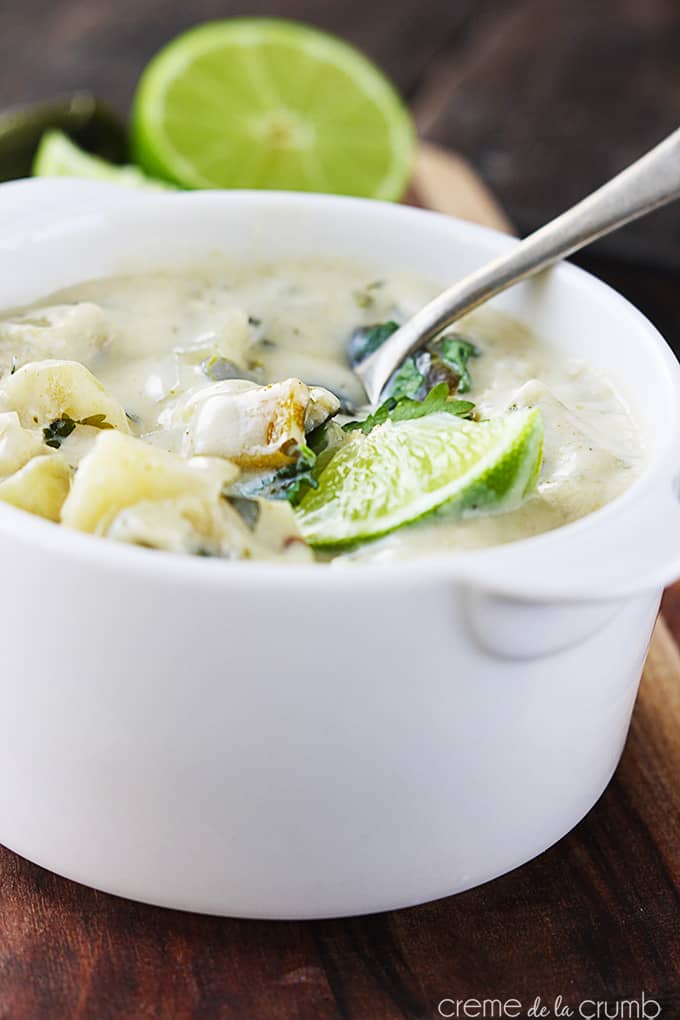 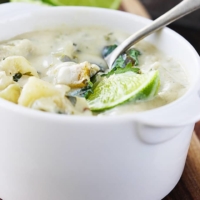