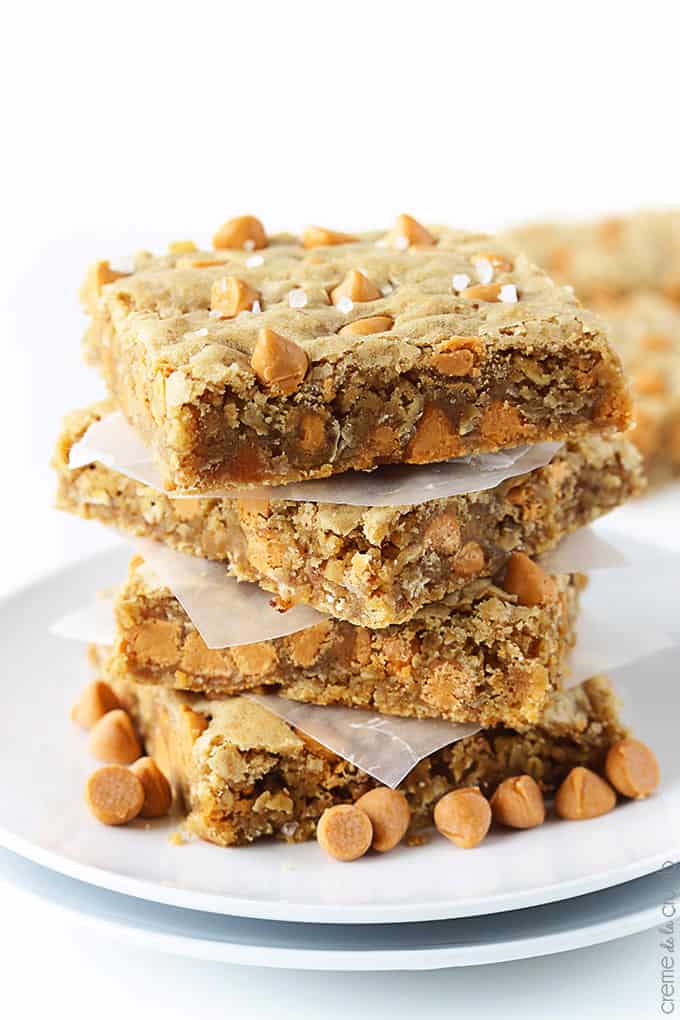 Butterscotch. You either love it or you hate it. Personally, I adore butterscotch. Especially when I can get my hands on one of those butterscotch flavored old-fashioned striped candy sticks they have in the little candy shops.  Now my husband? He could live without butterscotch IF it weren’t for these blondies. 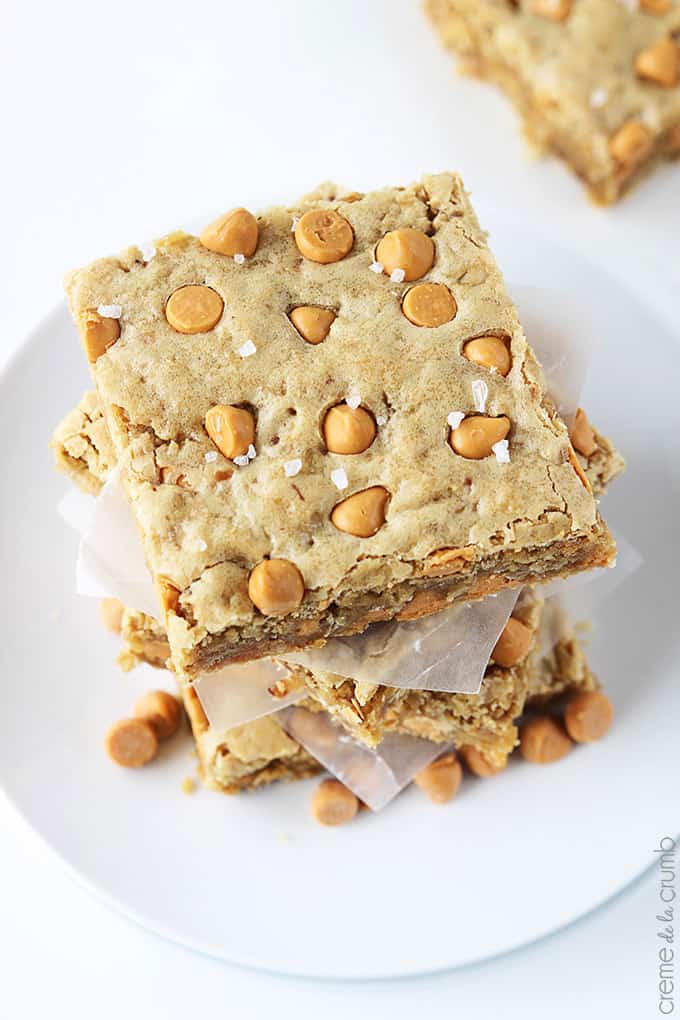 These blondies are pretty much perfect. Every ingredient has a purpose and does its job. Shelly over at Cookies & Cups has an awesome trick I’ve been dying to try out. She added toasted coconut to her blondies – yet they aren’t a “coconut blondie”. I tried it, I loved it, I’m totally hooked. Shredded coconut is another thing my husband doesn’t care for and he had no idea that there was any coconut in these blondies. So even if you think you are a coconut hater, DO NOT leave it out! It adds texture, moisture, and chewiness you do not want to miss. 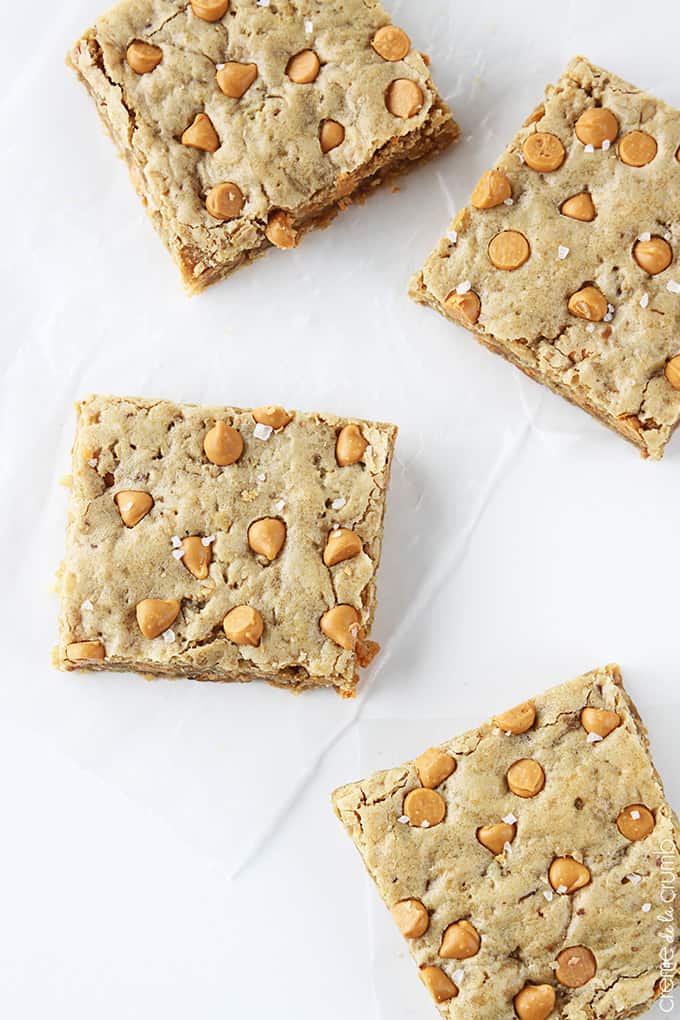 The other key ingredient? Browned butter. If you have never used browned butter don’t fret – it’s a piece of cake. Seriously. You just melt the butter and then let it cook a little longer until it reaches a deep golden color. Done. So easy. And it adds so much flavor and goodness that you will wonder why you ever made anything with regular melted butter.

The last thing for these blondies that you must add is coarse sea salt. I have been wanting to try it out in my recipes for-e-ver and finally bought some last week. I used it in these butterscotch blondies and my reaction was basically this: Ohmygoshwherehaveyoubeenallmylife!? (dance around the kitchen with a fully cooked blondie in one hand, a half-licked clean beater in the other). So my point is, do it. Do the sea salt. You will not regret it!! 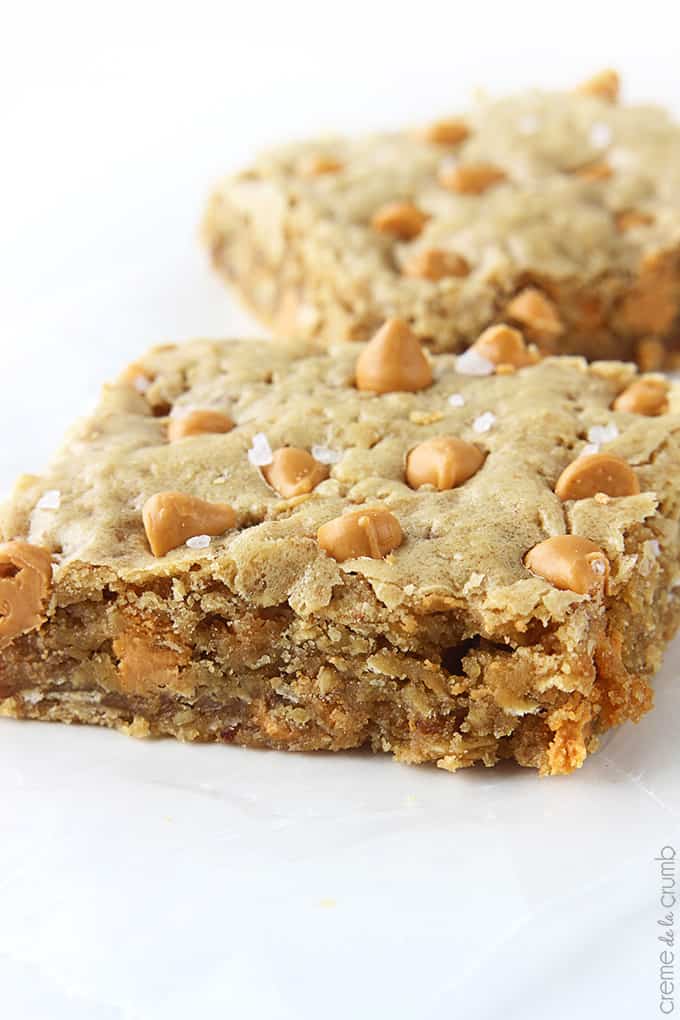 What people are saying about these Oatmeal Butterscotch Blondies

“Have made these twice and they are amazing! We love blondies in our house, and the toasted coconut is such an improvement. Making them tonight for the 3rd time substituting white and dark chips for the butterscotch for a change. Thanks so much! :)” – Janet

“I just made these and they are awesome! They are my new favorite blondie. Nothing else comes close to these… Thanks for a terrific recipe.” – Katie

“I made these yesterday and they are awesome! I haven’t had butterscotch anything for a long time and had forgotten how delicious it is. They are addicting though – there goes the diet!” – Marsha

“These bars were very good! Thank you for a great recipe. We thought the sea salt was a great addition. Lately I love making bars instead of cookies so I’ll be looking at your other bar recipes.” – Jacqueline 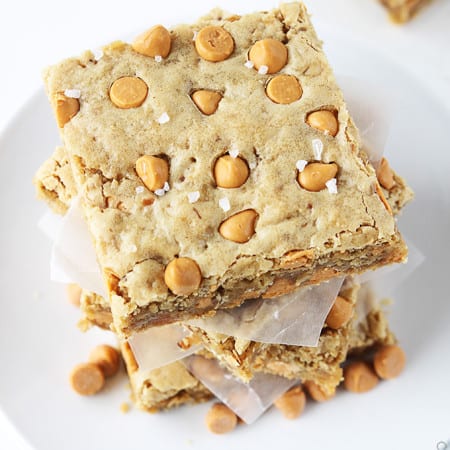 Course: Dessert
Author: Tiffany
Did You Make This Recipe?Tag @cremedelacrumb1 on Instagram and hashtag it #cremedelacrumb!