These BIG kahunas are stuffed with flavor and saucy goodness! Chicken, ham, pineapple, and loads of teriyaki sauce turn this into a MEGA sandwich. An instant family favorite in 30 minutes or less! 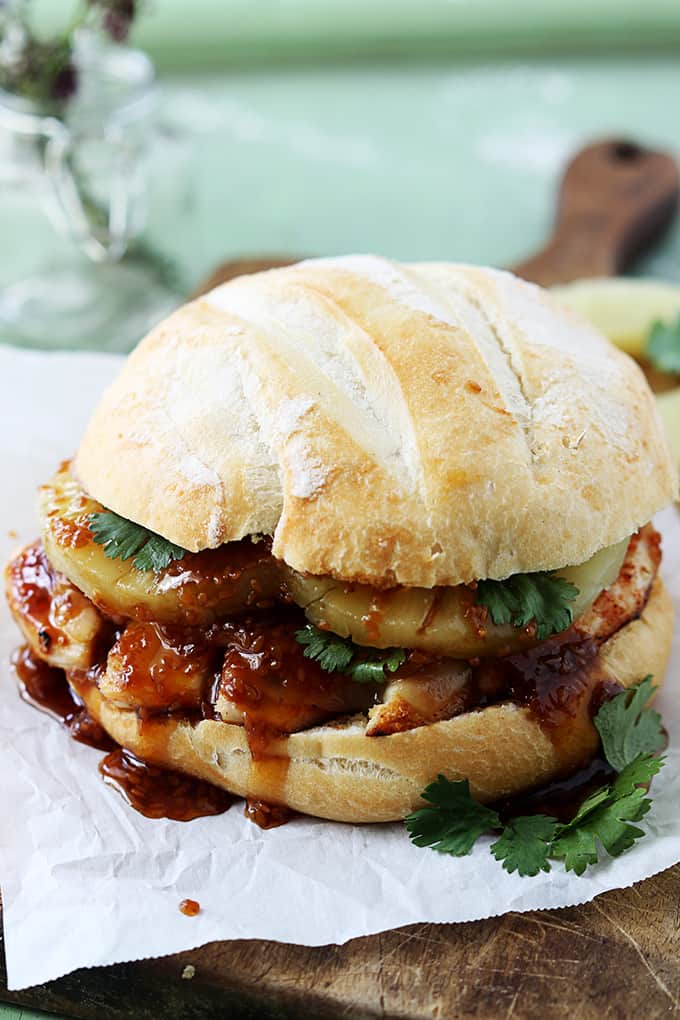 Happy Labor Day! And oh my gosh it’s September. What is happening here?? Summer has come and gone in the blink of an eye and I kid you not, the leaves are starting to change color around here. This is early. Usually Fall doesn’t really start until late September, maybe even early October. September is usually still pretty warm and the leaves don’t change color until after my birthday. Which is… in two weeks. 😉 Shhhhhh! 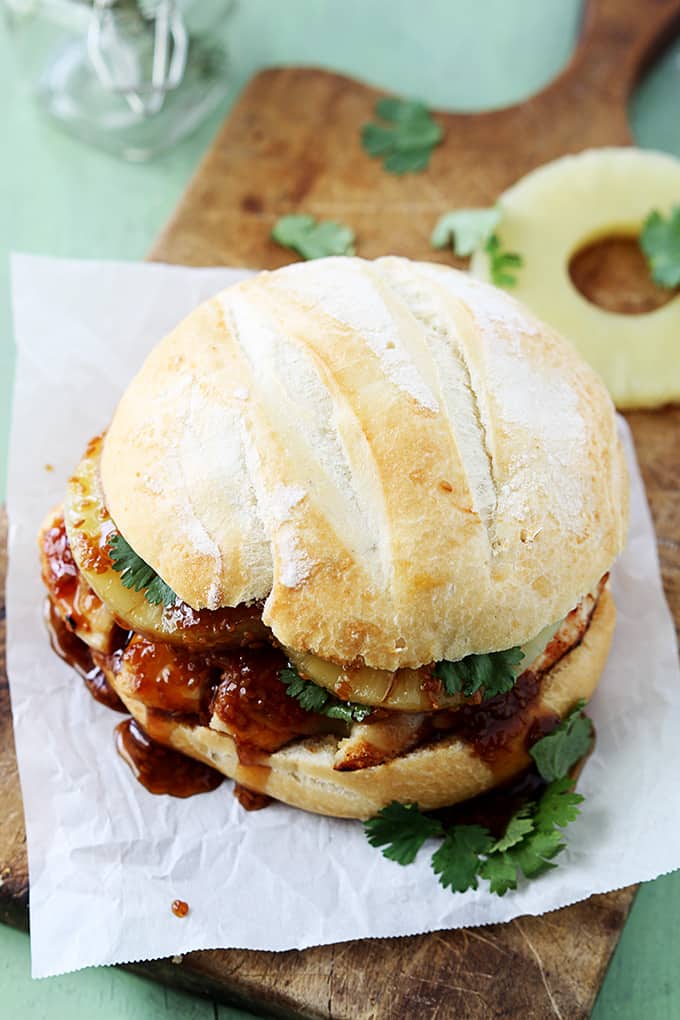 Funny story about my birthday. Or really, just a story about how ironic it is that I’m telling you my birthday is coming up. When I was little my parents moved from California to Utah and the cutoff date for starting Kindergarten were different here in Utah than they had been for all of my (EIGHT) siblings before me. So when we moved to Utah they wouldn’t let me start school because my birthday fell after the cutoff. My mother was…irritated. Probably because she wanted to get this little brat out of the house sooner.

Just joshin’! She probably saw loads of potential in me or something like that.

So anyway, fast forward one year. When it came time for me to officially begin school the next Fall, my mother had me take all of these tests and next thing I knew, I’d skipped Kindergarten and gone straight to first grade. Therefore, I was the youngest, scrawniest little tomboy in the whole class (oh yes. a tomboy I was.) and at first I was proud of that. But as I soon found out, other little kids can be kind of harsh and they really found joy in pointing out that I was supposed to be in Kindergarten, and the next year they’d say I belonged in first grade, and this went on for all of elementary school. 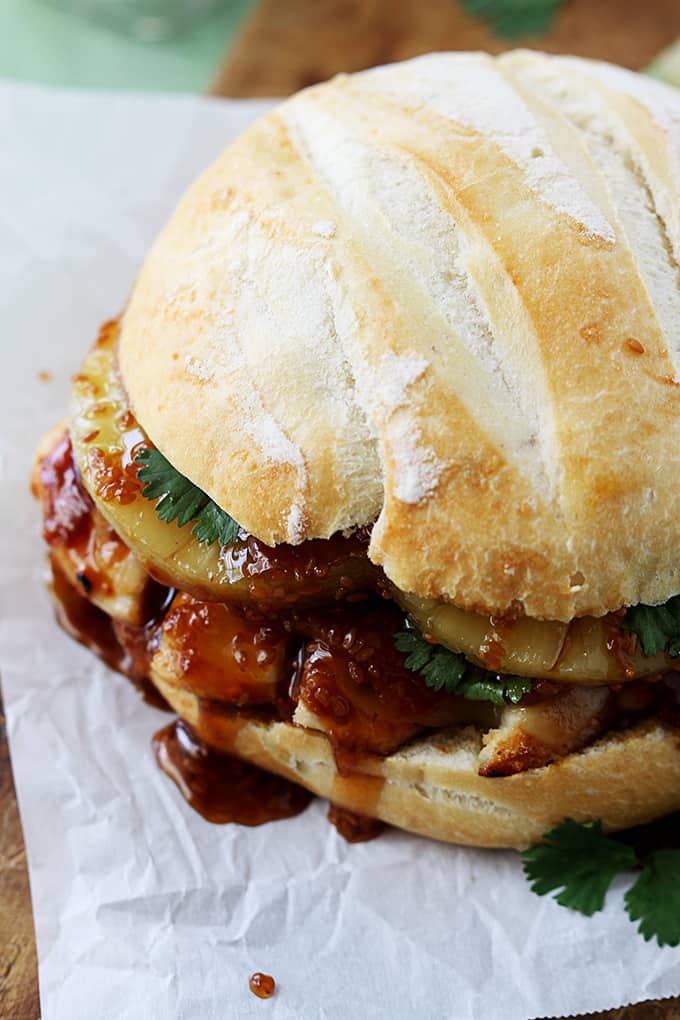 So when I finally made it to Junior High/Middle School, I made it a point to tell everyone that my birthday was in the summer. When my real birthday came around and the office people announced my name with all of the other birthday kids over the intercom, I pasted on a bewildered look and said, “What the??? My birthday was in the summer, they must’ve gotten it mixed up…” and somehow I managed to get away with no one knowing my real birthday until my senior year in high school. But the moral of this story is just how ironic it is that I hid my birthday for so many years and now I’m broadcasting it to the entire world on the internet. Ha!

I’m probably the only one who finds that comical. So let’s move on to more teriyaki-type things…. 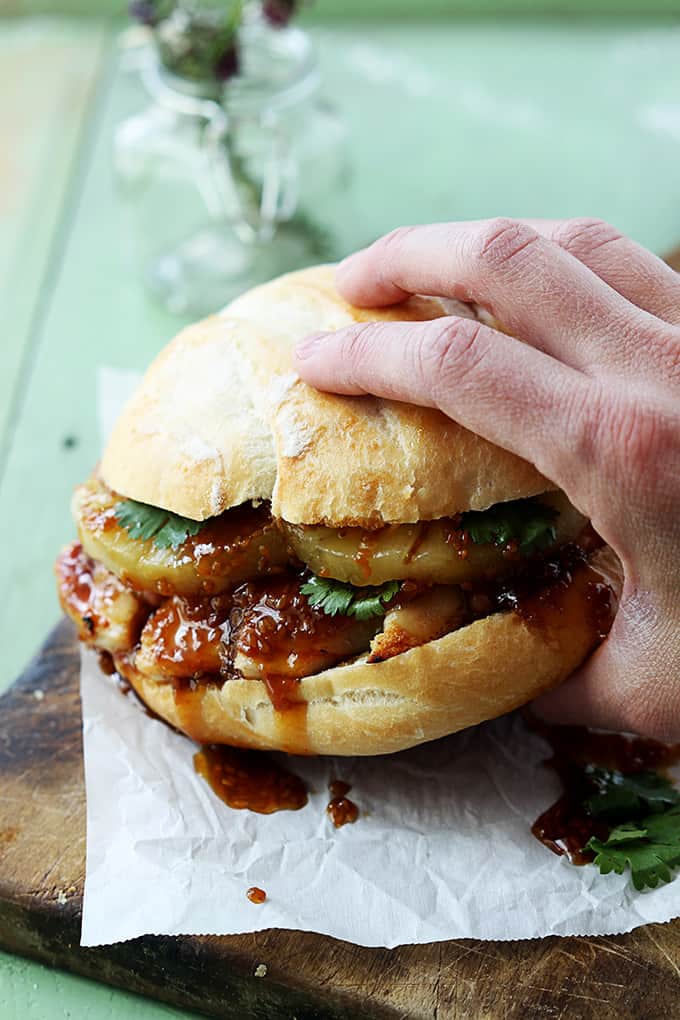 So this sandwich! It’s called a Big Kahuna for a reason. To you see the monstrous proportions of deliciousness manifesting themselves in this heap of tasty goodness?!? Look at all that sauuuuce! We’re talking juice chicken breast topped with melty swiss cheese, sliced ham, pineapple rings, hoards of thick, gooey teriyaki sauce, and cilantro. That, my friends, is a Big Kahuna. It’s what’s happening today. Embrace it! Oh and did I mention it takes less than 30 minutes to throw these babies together?? Yeah. It does. So there is no excuse, you must have one. NOW. 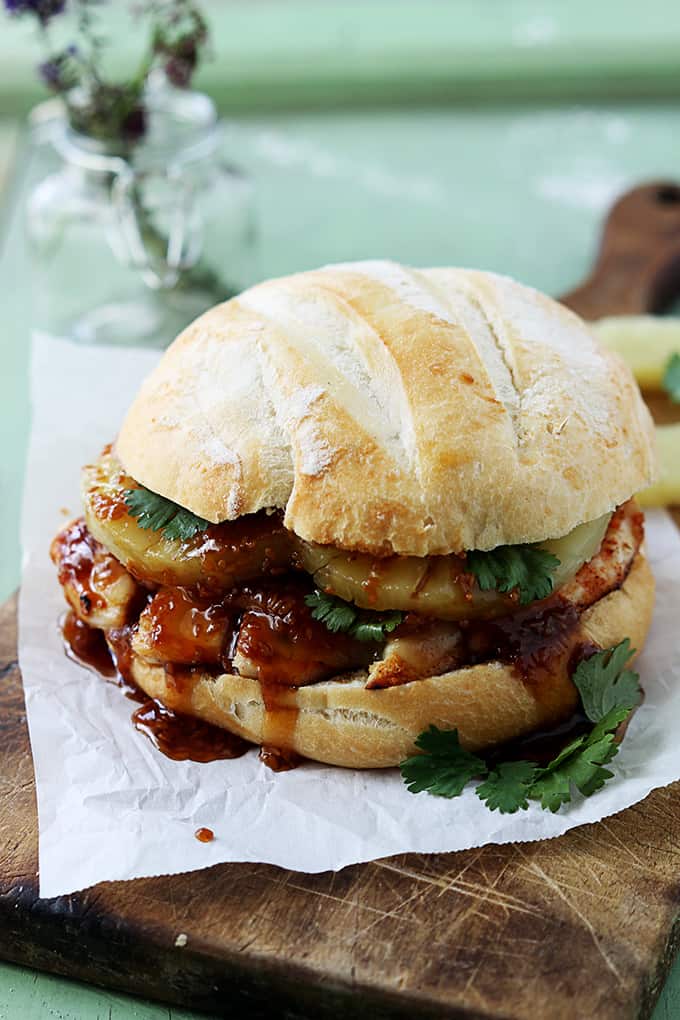 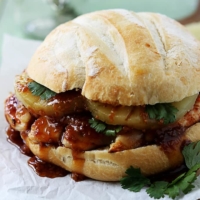