French Onion Grilled Cheese made with artesano bread, three kinds of melty, gooey cheese, caramelized onions, and gravy for dipping – this sandwich is an absolute MUST make for grilled cheese fans!

This is a sponsored conversation written by me on behalf of Sara Lee® Bread. The opinions and text are all mine. 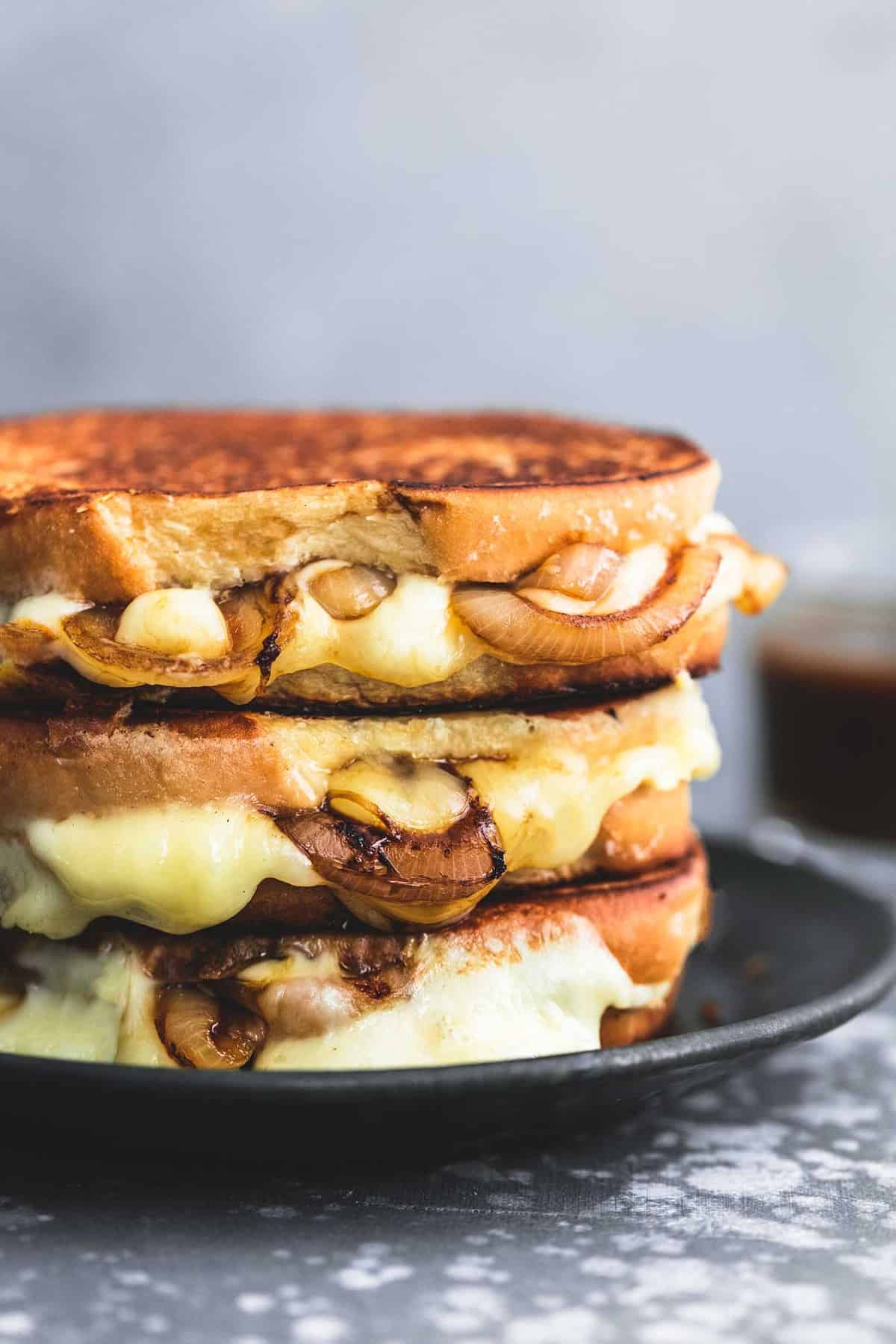 Happy National Grilled Cheese Month! YES. There is a whole month dedicated to the deliciousness that is grilled cheese. Gosh I love food holidays. Not that I need a green light to indulge in one of my favorite foods, but I’ll take the excuse anytime!

In celebration of this fantastic holiday I’ve teamed up with Sara Lee Bread to bring you the best darn grilled cheese sandwich you could dream of. I’ve been eating Sara Lee breads for years, first for my pb+j sandwiches (I never grew out of them), then I stumbled across their and have been using it for homemade French toast ever since (THE BEST!).

Now that I’ve tried it for grilled cheese, I’m more in love than ever. 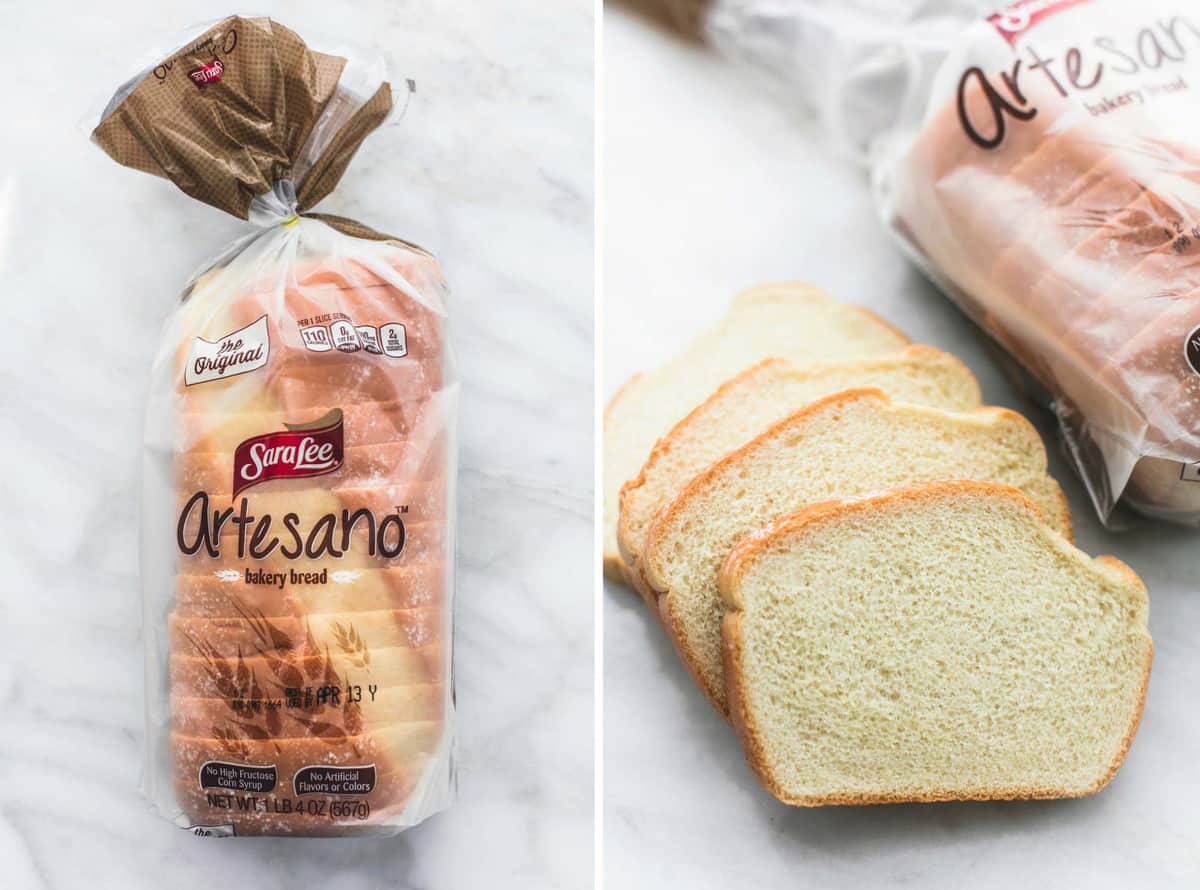 Sara Lee Artesano Bread is the ORIGINAL artisan-style thick-sliced bread with perfectly soft and fluffy texture, no high fructose corn syrup, and no artificial flavors. It really is the cream of the crop when it comes to artisan style sliced bread! I can’t. get. enough. It’s also available in Golden Wheat, which includes a touch of honey, olive oil and sea salt!

Today I’m going to show you how combining that delicious bread with a few simple ingredients to make French Onion Grilled Cheese. French onion?? Yesssss! It’s like indulging in your favorite French onion soup but in a grilled cheese form and it is magic my friends, pure magic. 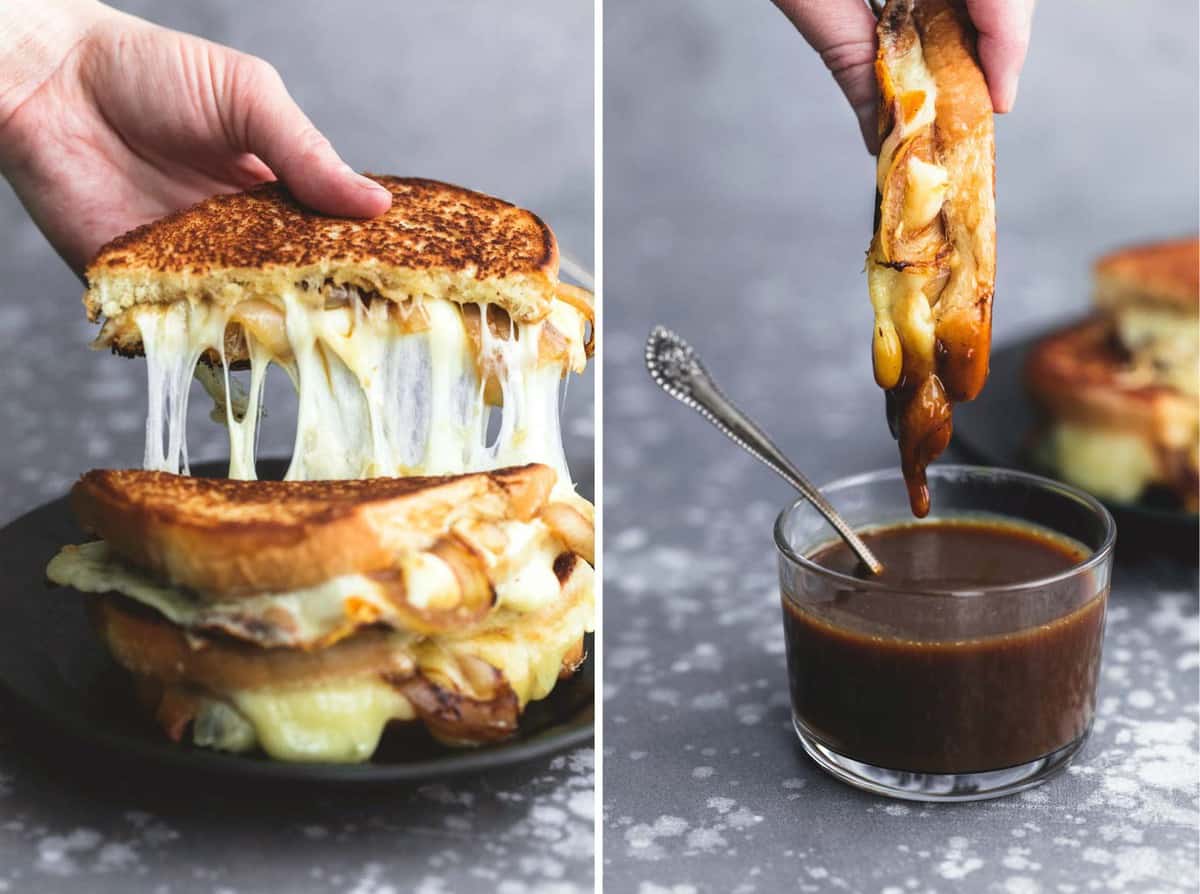 This French Onion Grilled Cheese sandwich is made by buttering a few slices of Sara Lee Artesano bread, then spreading a mayo and dijon mustard mixture on the other side. Stack it high with Swiss, provolone, and parmesan cheeses and caramelized onions and a second slice of bread. Grill it in a skillet or on a griddle until browned on both sides and cheese is ooey gooey melted perfection. Serve it up with a savory, five-minute gravy for dipping and you’ve got French Onion Grilled Cheese.

Do yourself a favor and whip up this 20-minute grilled cheese delight to celebrate National Grilled Cheese Month. You will be so glad you did! 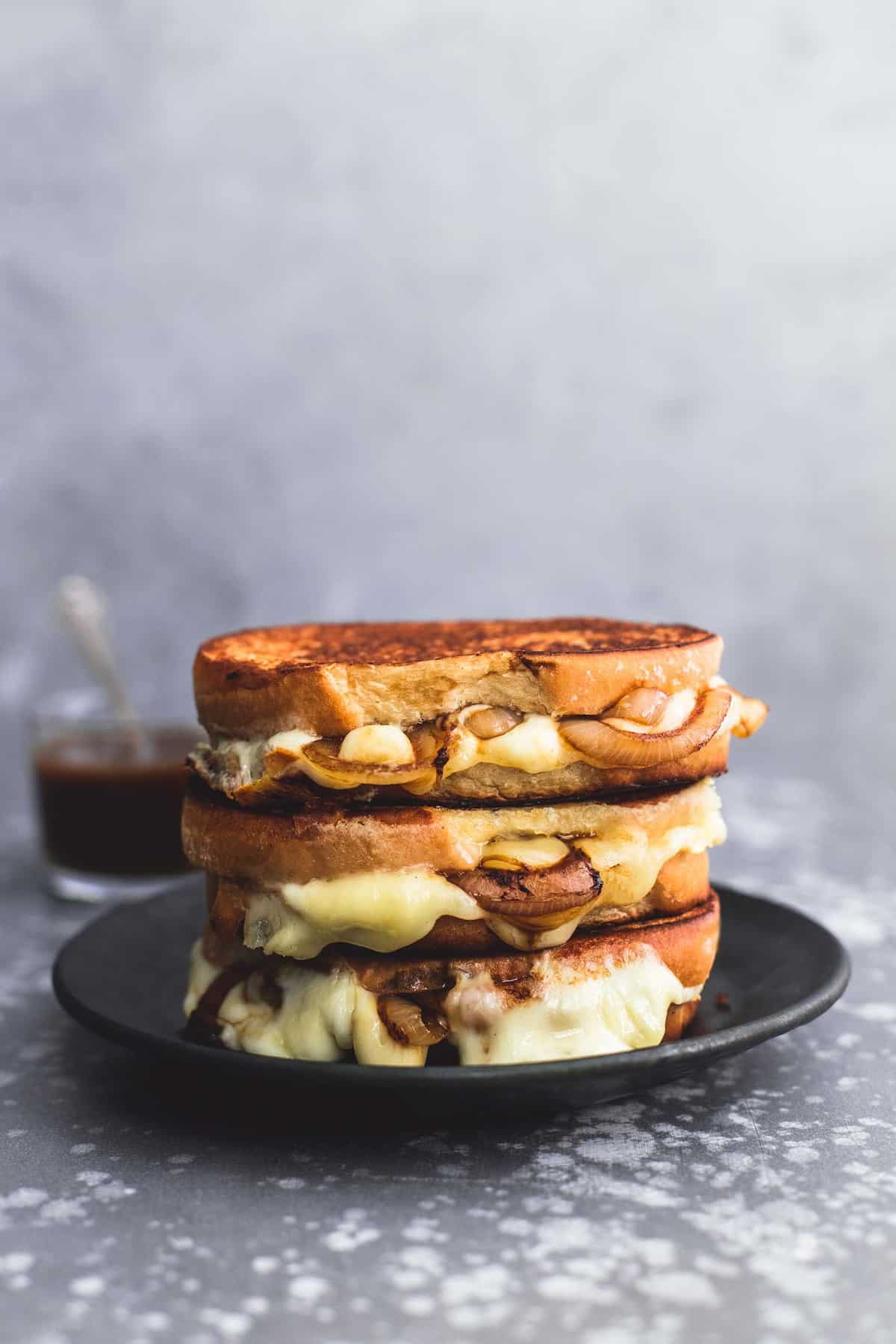 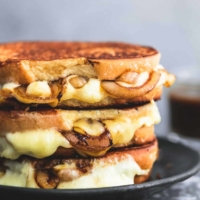