A quick-and-easy weeknight recipe for Instant Pot Indian Chicken Tikka Masala you can make in your pressure cooker, with tender chicken chunks in a creamy spiced tomato sauce. Serve with buttered rice or warm naan. 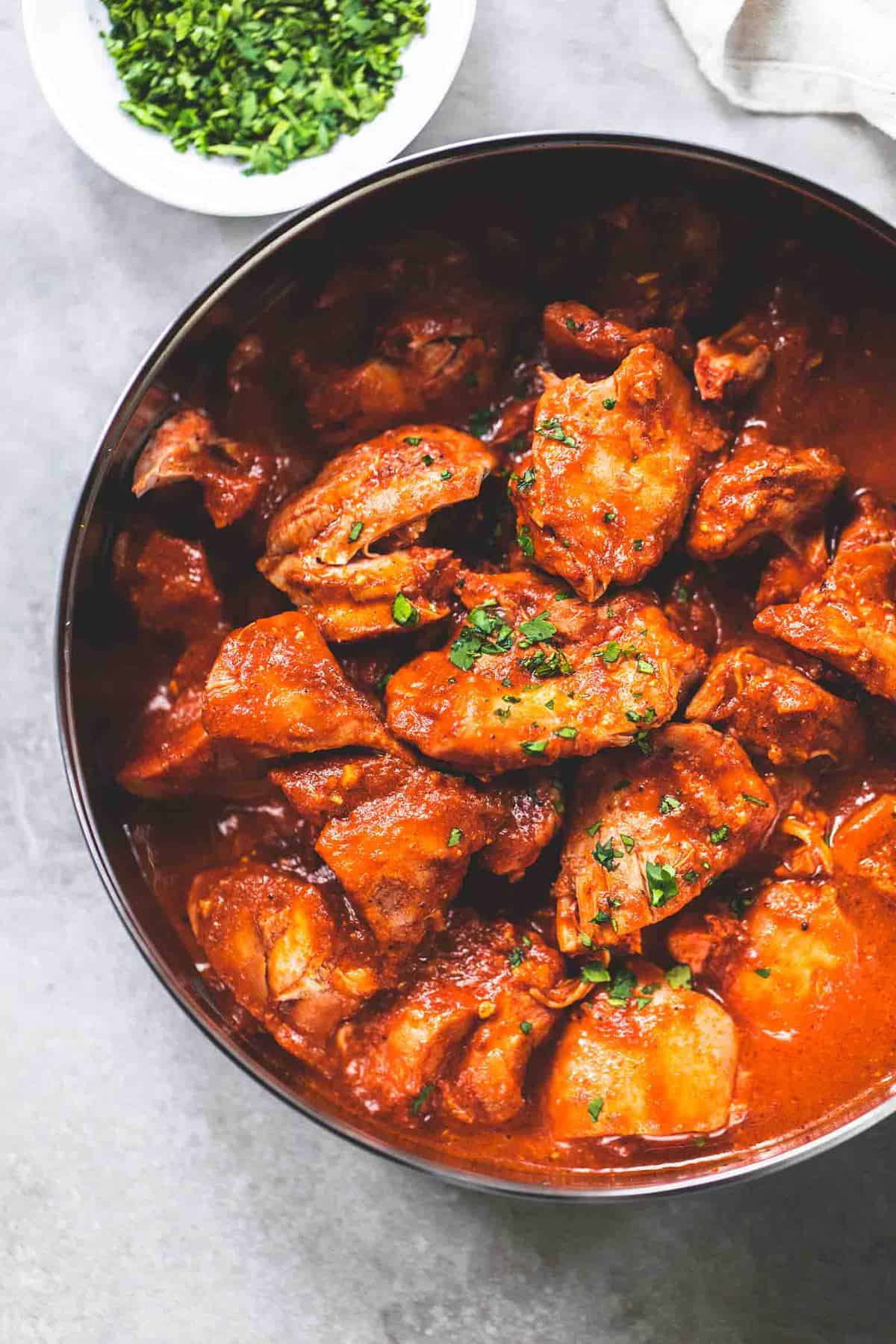 Like most ethnic foods in my life, I had to have a little convincing to try Indian food. And after that, it was all downhill from there (or uphill, I suppose, depending on whether or not you are a glass half-full or half-empty kind of person). For me, it was downhill in that I had to find and eat Indian food all the time, everywhere (and empty my wallet in the process) and uphill because I was trying new foods and expanding my palate, and in trying this one new thing it forced me to try other new things, and that, my friends is how you grow to like new foods and eventually start your own food blog and find yourself constantly creating and cooking and baking. Or maybe that’s just me?

Chicken Tikka Masala is hands-down my most favorite Indian takeout dish ever. It’s so rich and buttery and aromatic and flavorful and maybe-if-no-one-is-watching-I’ll-lick-the-plate-good, I had to figure out how to make it get in my face even quicker by using my Instant Pot, one of my most favorite kitchen appliances ever.

Turns out, you don’t have to tweak the dish too much from the original to get it to work in the Instant Pot. It’s all about timing, and I’ve got that part worked out for you. 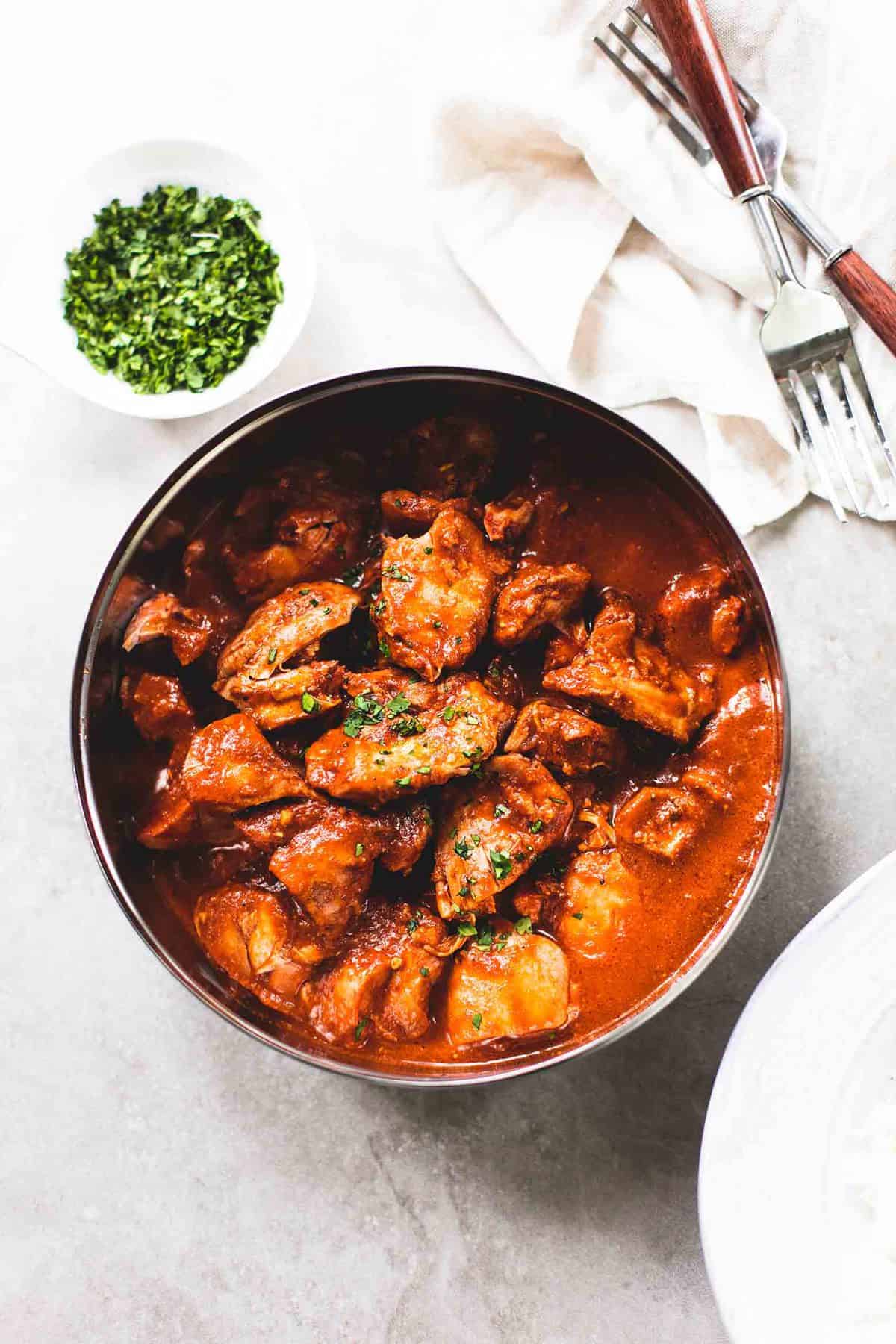 WHAT IS CHICKEN TIKKA MASALA?

Chicken Tikka Masala is diced pieces of chicken cooked in spiced curry sauce. Typically it’s done in a tandoor oven, pot, or deep-walled skillet, but for this version, I used an Instant Pot.

There is no “one” version of this dish — versions will vary depending on the cook or geographical region. The sauce consists of curry spices, tomatoes, cream, and, of course, chicken.

This is not to be confused with Chicken Marsala, which is an Italian dish that contains a lot of mushrooms, wine, onions, vinegar, and other more savory ingredients.

WHAT IS THE DIFFERENCE BETWEEN BUTTER CHICKEN AND CHICKEN TIKKA MASALA?


Chicken Tikka Masala usually starts with marinated chicken (though I skipped that part for this Instant Pot recipe) that’s cooked in a tandoor oven (or on your stovetop) until cooked through. Then, the chicken is cooked in a curry sauce with tomatoes, onions, and some kind of cream (or yogurt). Turmeric and paprika will turn the sauce bright orange and probably stain your clothes or tablecloth or something for sure.

Butter chicken is another popular Indian dish but is simply bone-in chicken cooked in tomato and butter forever until the meat falls off the bone. It has a similar color but Chicken Tikka Masala is really savory and complex and butter chicken is more straightforward and simply buttery tasting. 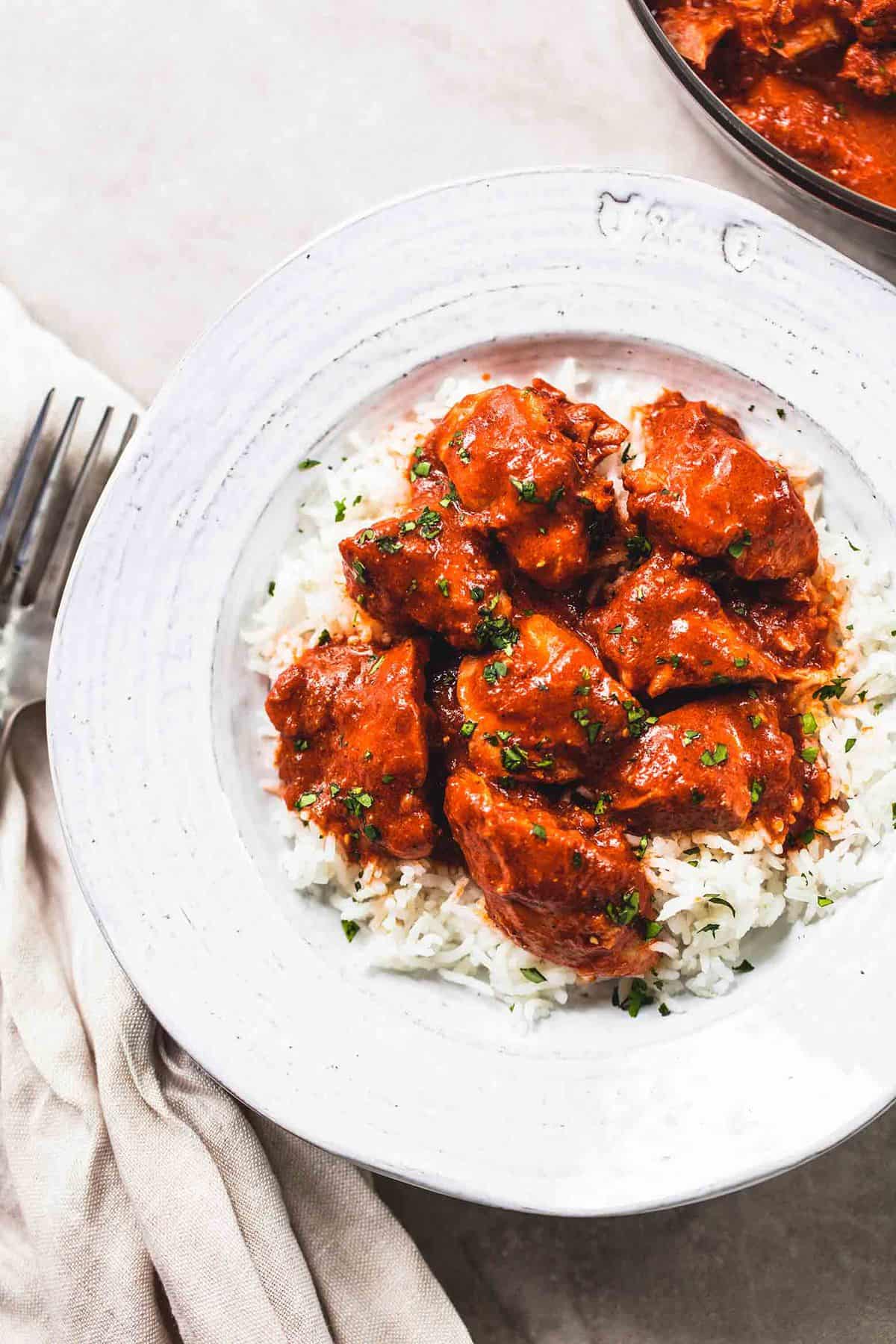 DOES CHICKEN TIKKA MASALA HAVE NUTS?
There are no nuts in this recipe and when I order takeout, there are generally no nuts in that dish from my favorite Indian restaurant either. However, I have been served Tikka Masala before that did have nuts and it wouldn’t be totally strange if yours did too. Cashews and almonds are a common nut found in a lot of Indian dishes.

If you don’t like nuts or are allergic, it’s best to ask the restaurant ahead of time for an ingredients list and to request yours without nuts, if possible

I always serve this dish over rice, but there are lots of other ways you can serve it too!

No matter how you have it, it’s one of the best Indian dishes out there! 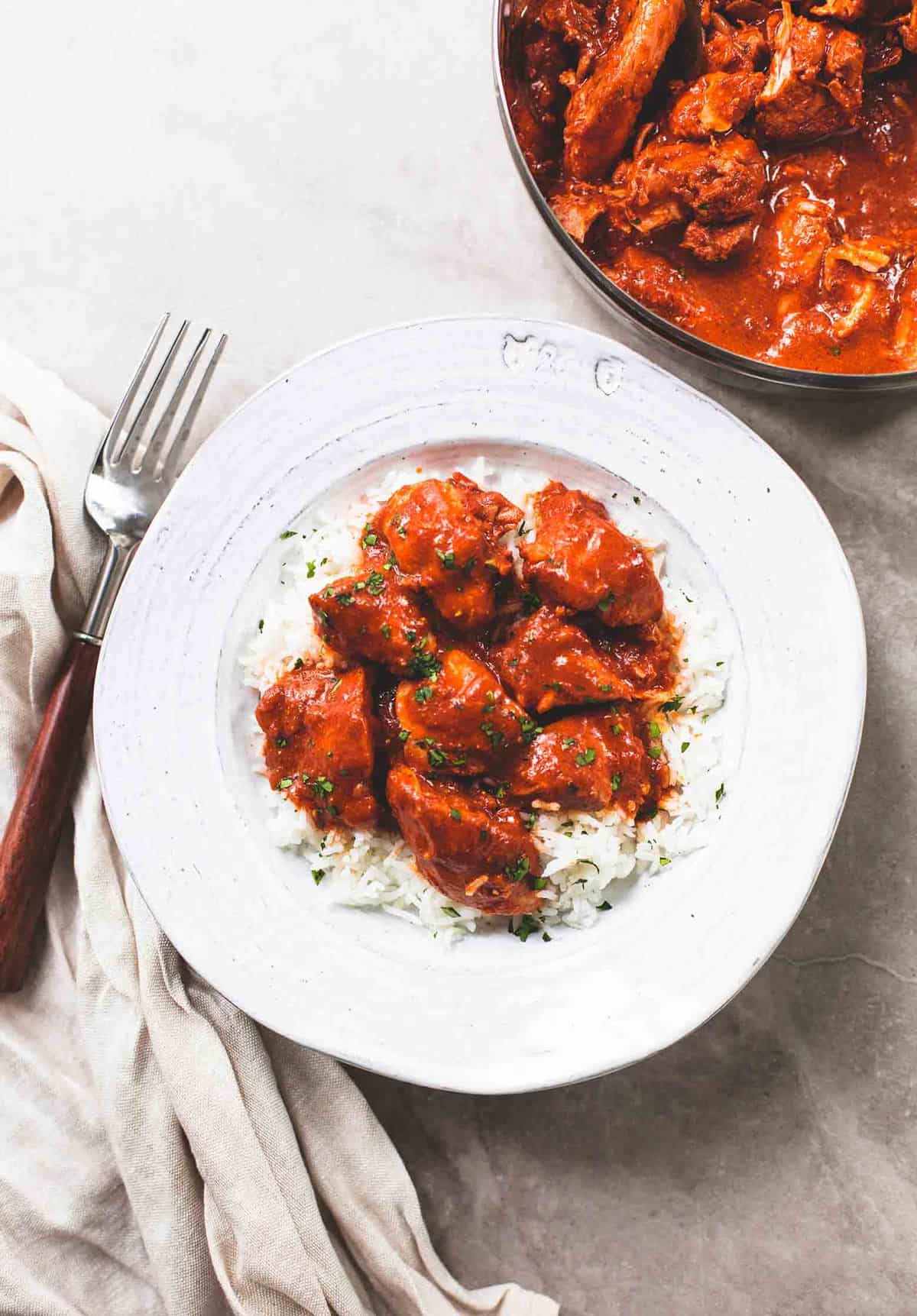 What people are saying about this Instant Pot Chicken Tikka Masala

“This turned out so good! I was worried I might not like it because it might be too sweet and not savory enough but I love it. The flavor is Buttery and delicious and I can’t wait to eat the leftovers for the next few nights. Thank you for a delicious and easy recipe!” – Jenna

“Made this for dinner tonight and all I can say is WOW. So much flavor and so easy to make!” – Danielle

“This was delicious! Easy enough to make while I finished getting ready for a class, and such a delicious dinner, even much later that night.” – Carrie 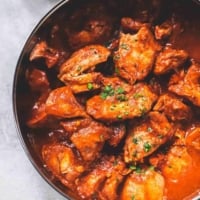 Course: Main Course
Cuisine: Indian
Author: Tiffany
Did You Make This Recipe?Tag @cremedelacrumb1 on Instagram and hashtag it #cremedelacrumb!