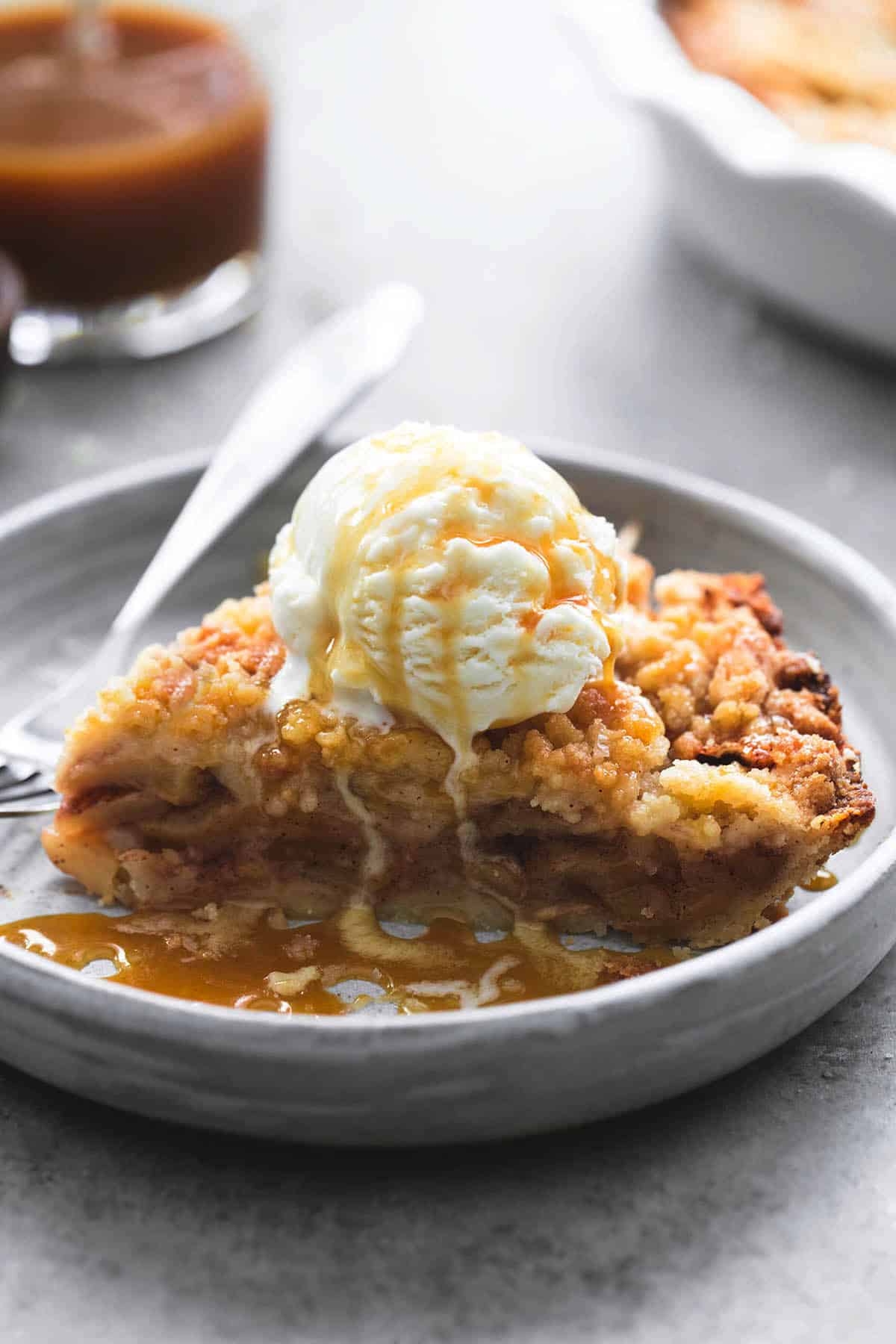 Let me preface this by saying that I am not a pie person. So much so that I usually say, point blank, I don’t like pie.  So why I am I sharing a pie recipe with you today? Because this pie is DANG good. Good enough to make a pie hater crave pie. 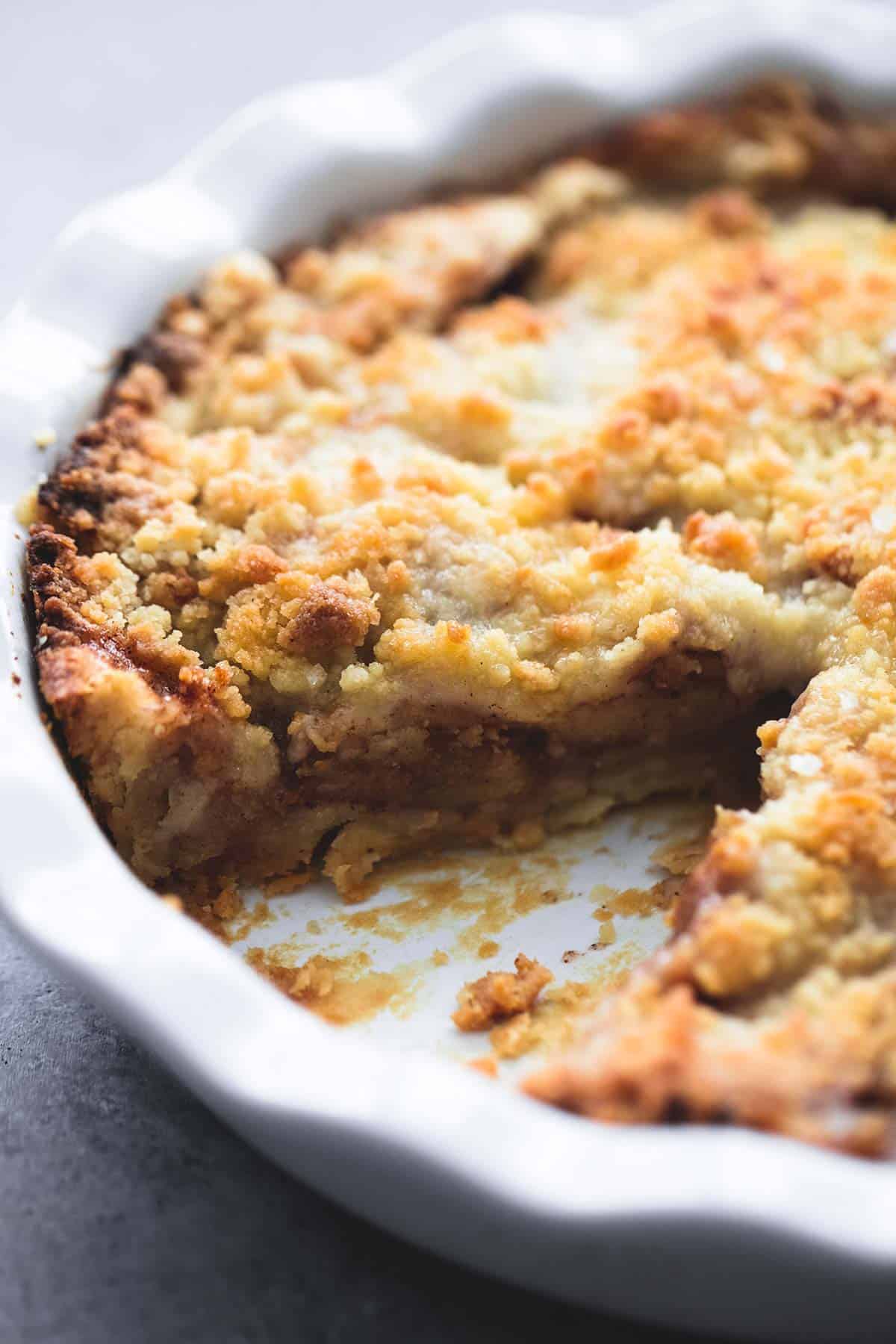 It’s the crumble. That’s what has me hooked on this pie. It’s like a cross between apple pie and apple crisp and I LOOOOVE me some apple crisp. The warm gooey apple thing combined with that sweet n’ salty buttery crisp thing, plus the cold and creamy vanilla ice cream thing…. I can’t resist. I have never, and will never turn down apple crisp. So when apple crisp comes into my life disguised as something I don’t care for – namely pie – I don’t even care. I must have it. 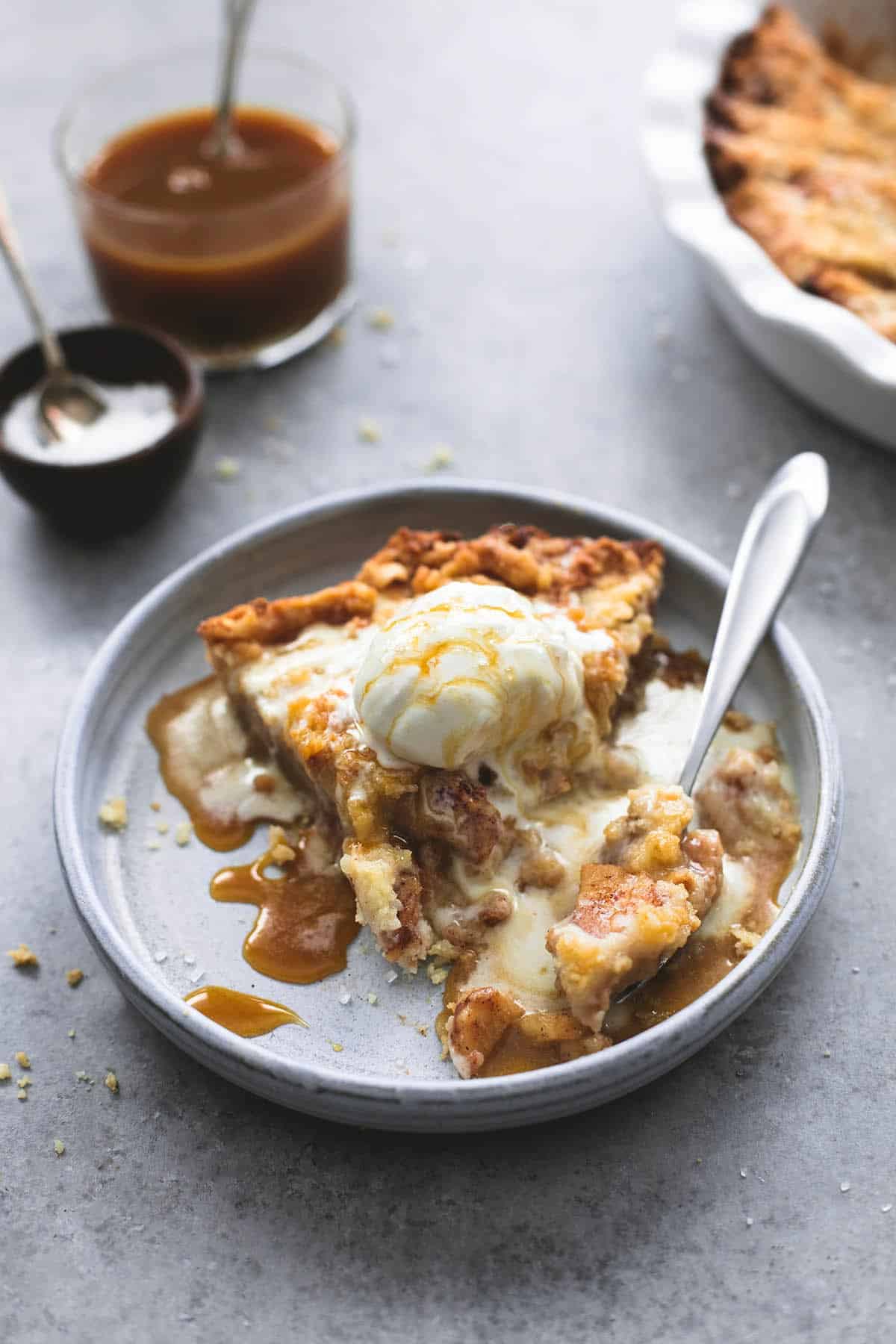 The details include a flaky pie crust on the bottom, gooey cinnamon-sugar apples in the middle, and that buttery crumble on the top. I couldn’t help from tossing a bit of coarse sea salt on top because all things sweet n’ salty have my heart. If you have some on hand, definitely do it. But don’t rush out to the store just for the sea salt or even worse, skip this pie just because you don’t have sea salt it in your cupboard. This pie is positively wonderful even without the sea salt. So make it. Either way just make it. 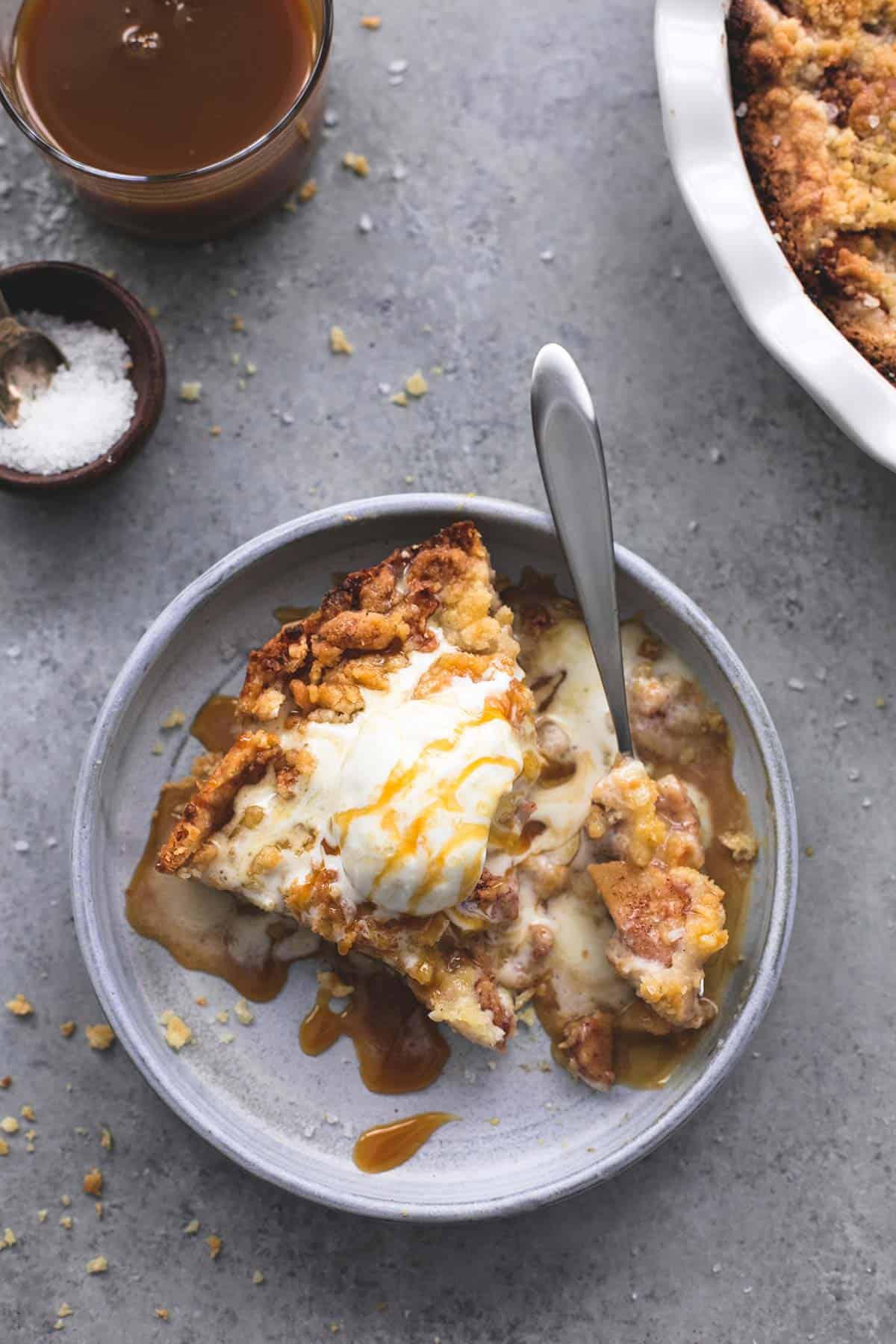 Oh and you should probably know that this little bit of pie magic only requires seven simple ingredients. That is half the beauty of this dessert. Just seven ingredients + forty five minutes, and you’re in apple crumble pie heaven. 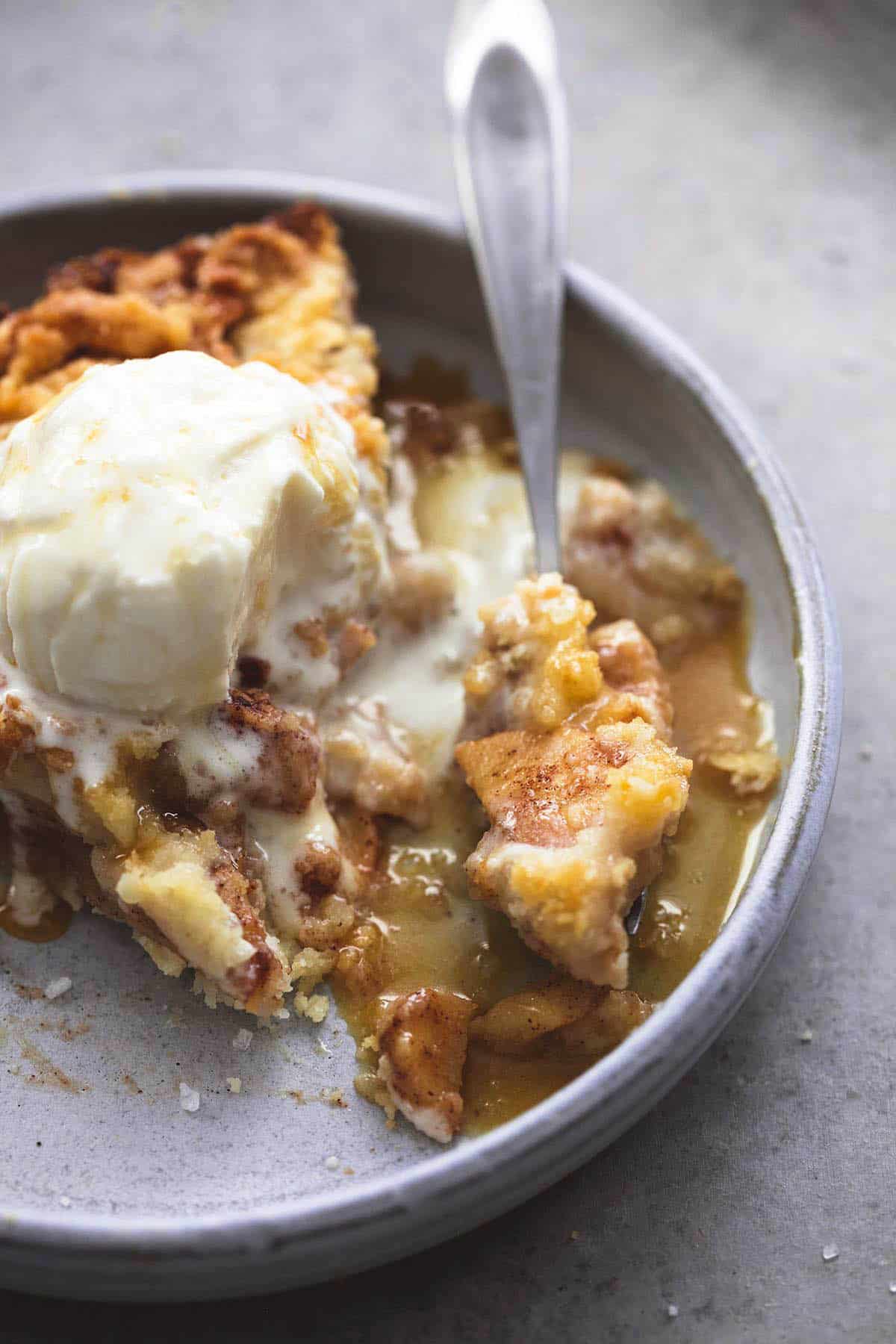 What people are saying about this Apple Crumble Pie

“This was AMAZING! I made this the first time this morning and it was so good that I ended up making another two tonight!! It was the perfect balance of sweet while having the perfect cinnamon taste. Delicious” – Susan

“Absolutely delicious! It was very easy to make and everyone asked for seconds. Thank you for an awesome go to dessert!” – Victoria

“We had this after a delicious dinner of tacos 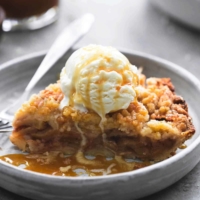 Serve warm with vanilla ice cream and caramel sauce for the ultimate treat.