Soft, baked pumpkin donut holes coated in a perfect glaze and tons of cinnamon sugar – these are amazing and a must-make this fall for pumpkin lovers! 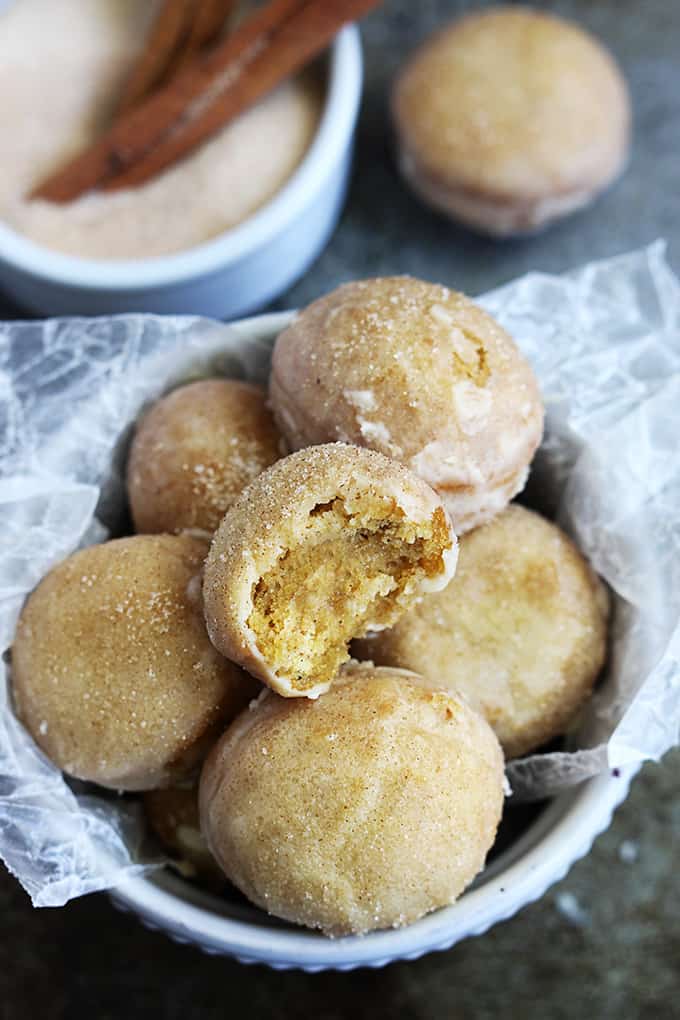 So… I almost didn’t share this recipe. Crazy I know, because these are actually just about the most wonderful donut holes on the face of the planet. But I was frustrated because I took these pictures in the afternoon with lousy lighting and I was in a hurry so they turned out crumby. (Ha. Crumby. I kill myself….)  But luckily, I combed my files looking for a couple of good shots and finally found these two pictures. Call me picky, perfectionistic, OCD – whatever – I just wanted the pictures to do justice for these amazing little guys, they’re SO good!

Anyways, these aren’t my favorite pictures in the world BUT these pumpkin donut holes just might be my new favorite treat in the world, so I guess that makes up for it right? Right. I knew you would understand, this is why we are friends – you get me. 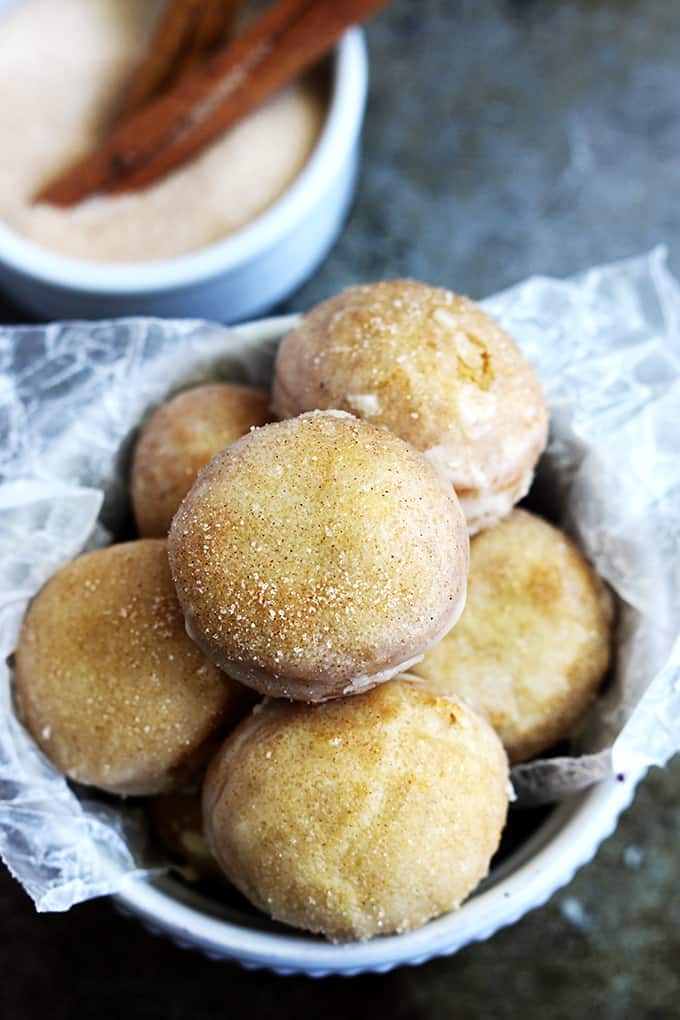 These donut holes are baked, not fried, which means they are less work and way more healthy than a typical donut. Plus they are mini! Everything tastes better in miniature form. But by far, hands down, without a doubt, the best part about these donut holes (besides the fact that they are pumpkin, helloooo) is the cinnamon sugar glaze.  You just dip them in the glaze, then sprinkle them with a copious amount of cinnamon sugar (seriously, don’t hold back) and viola! the best darn fall-time treat you could imagine, ready to pop into your ever-pumpkin-donut-lovin’ mouth.