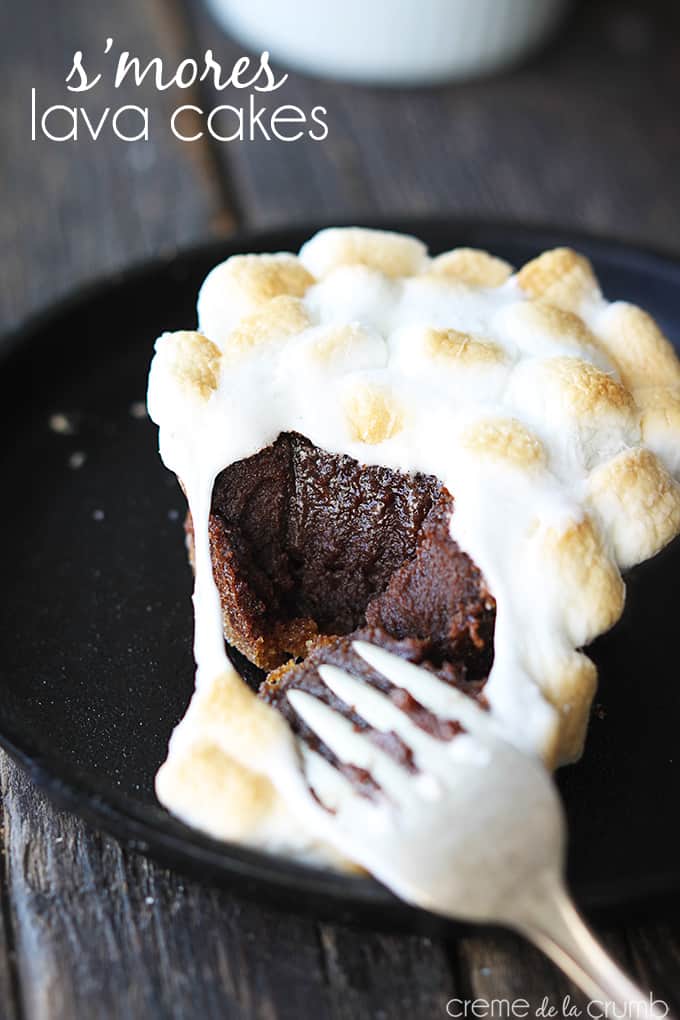 True or false. S’mores are one of the greatest culinary inventions ever created in the history of mankind.

TRUE! I wish I could properly thank the genius who first thought of a s’more. Or, quite possibly, it may not have been so much of an idea, as it was a beautiful accident. Maybe this so-called genius was simply roasting a marshmallow and realized they couldn’t stand another moment of sticky-gooey-marshmallow-fingered frustration, so they grabbed a couple of graham crackers and smashed the marshmallow before pulling it off the roasting stick. But what about the chocolate?? Wait what am I thinking, chocolate doesn’t need an explanation. It’s chocolate. 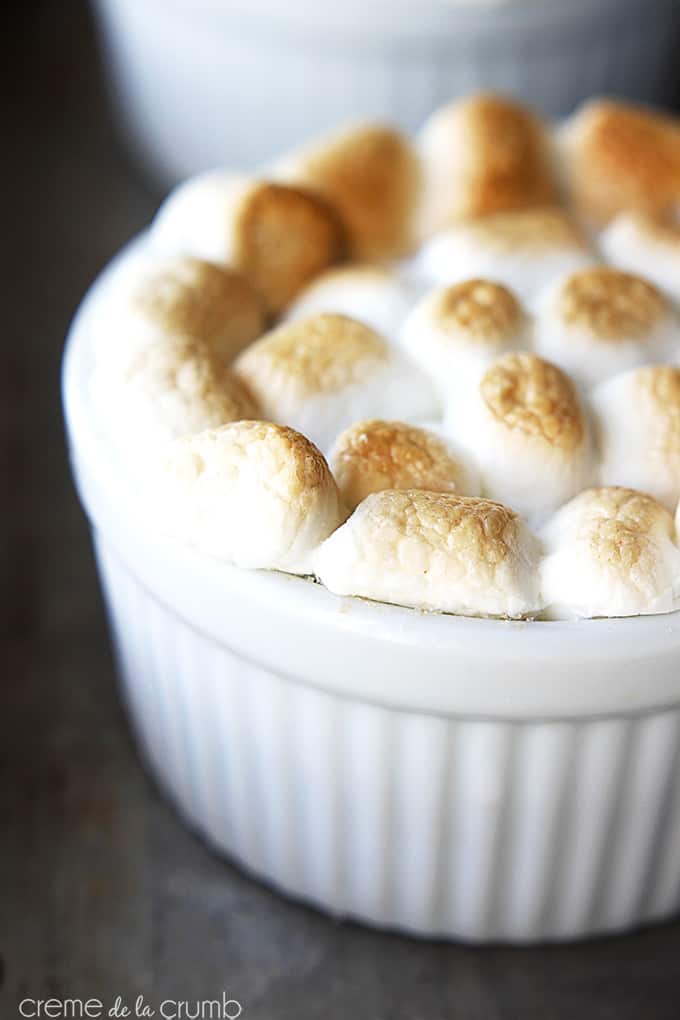 I am somewhat of a s’mores connoisseur. I’ve easily tried fifty different variations of a s’more and can honestly say I’ve eaten several hundred traditional s’mores in my lifetime. I’ll mention just a few of my favorite variations. Peanut butter s’mores: amazing. Just spread a big ole glob of peanut butter right on the graham cracker or on the chocolate before pairing it with the marshmallow. Reese’s white chocolate peanut butter cup s’mores. Ditch the chocolate and use a Reese’s cup instead.  Banana split s’mores. Chocolate covered strawberry s’mores. Laffy Taffy s’mores. Cinnamon bear s’mores. Oh man those were good. Try a cinnamon bear s’more. Un-believable. 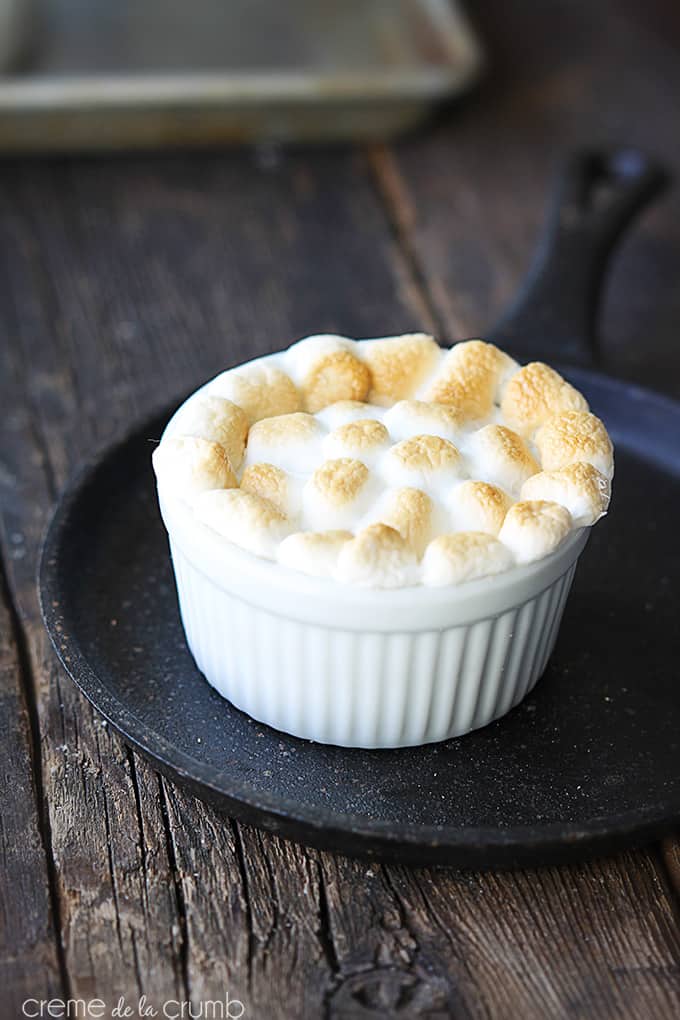 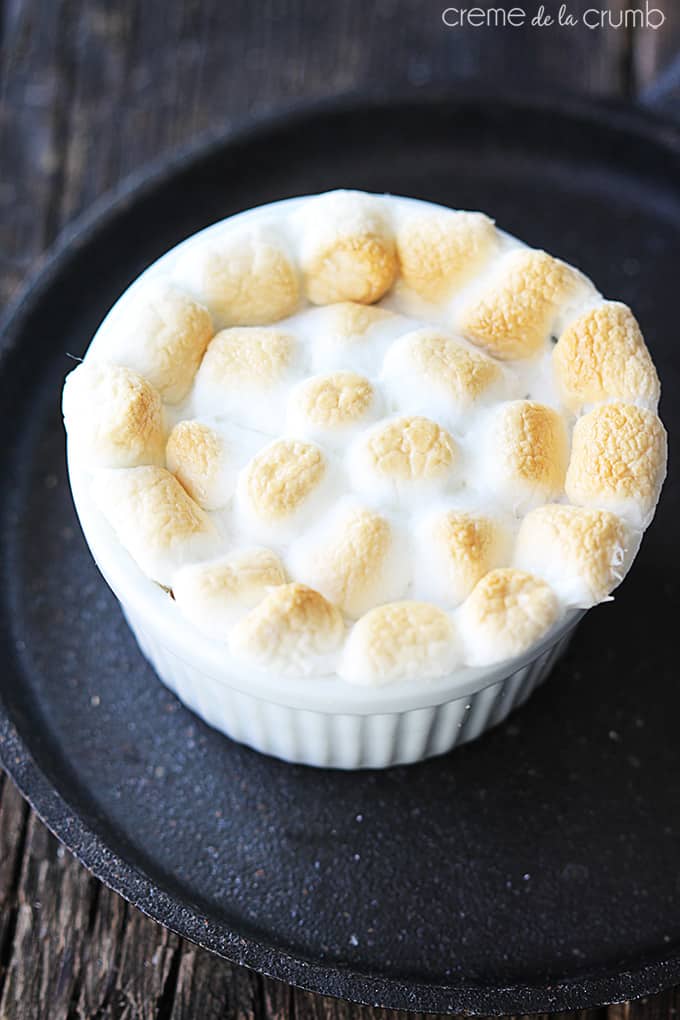 When I don’t have a campfire blazing nearby and I get a hankering for a s’more, I still get my s’more fix. Oh i’ve tried loads of different methods, oven, microwave, lavender scented candles… but my favorite is the stove. Electric stove. Just let that baby get real hot, use an extra long dessert fork to spear that marshmallow and roast away, right there in your kitchen. What can I say, when I get a s’more craving, I gotta satisfy that craving. Campfire or no campfire, it’s happening. 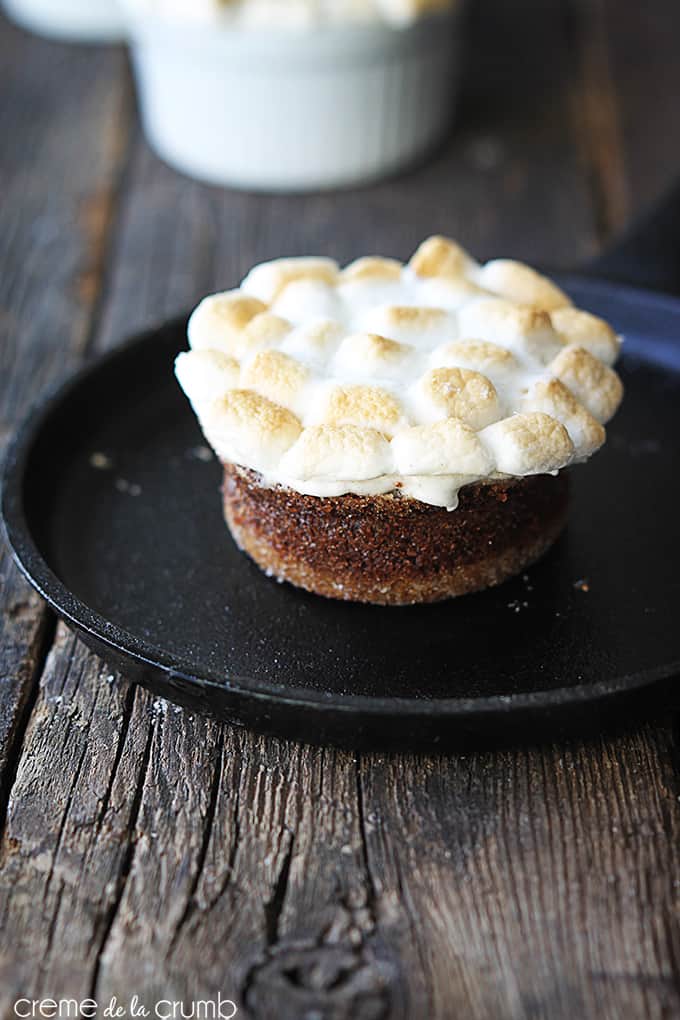 But let’s talk about something else I love for just a second here. Lava cake. I think maybe I’d had a bite of someone else’s lava cake years ago as a kid, but I can’t really remember it vividly. Last year though, my husband and I went on a cruise. My first cruise. (ohmygosh I love cruises!!!!!!) Have you been on a cruise? They bring you a dessert menu every night after your meal is finished and the menu has a whole slew of choices. But here’s the real kicker, you can have as many as you want!! You can get that cheesecake, and the ice cream sundae. Or in our case, the ice cream sundae and the ooey gooey fudgey chocolate lava cake. Oh yes. Six nights, six lava cakes. Just keep em comin. 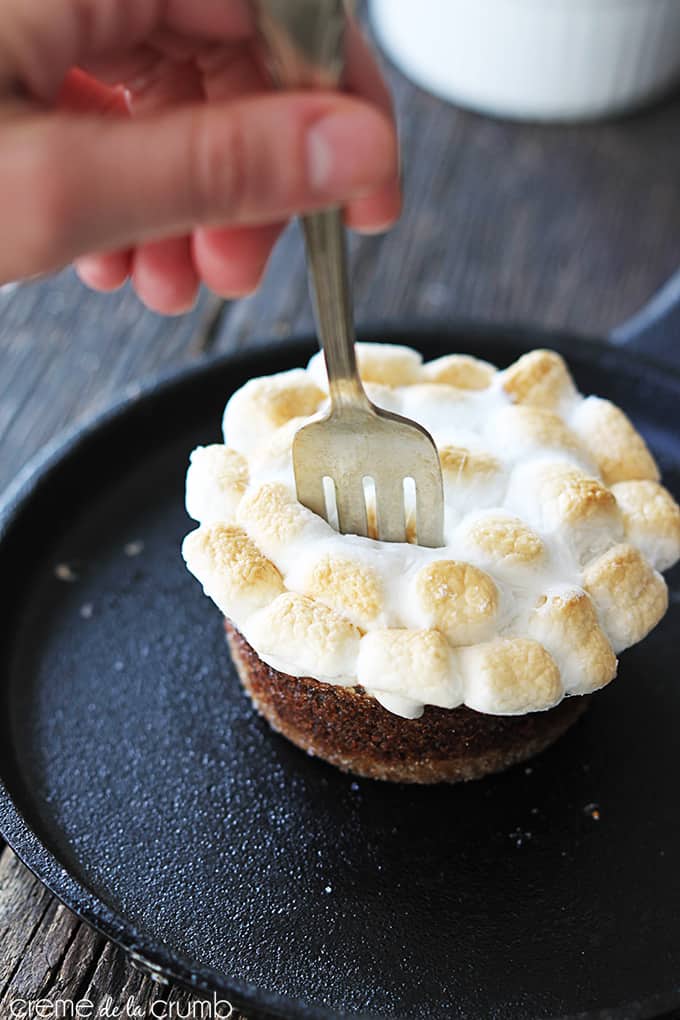 So here’s a wild idea, why don’t we take two really incredible individual desserts and combine them to make one super crazy-amazing unbelievable dessert??! I like it, let’s do it. How about a s’more and an ooey gooey fudgey chocolate lava cake? Done. Consider them one. 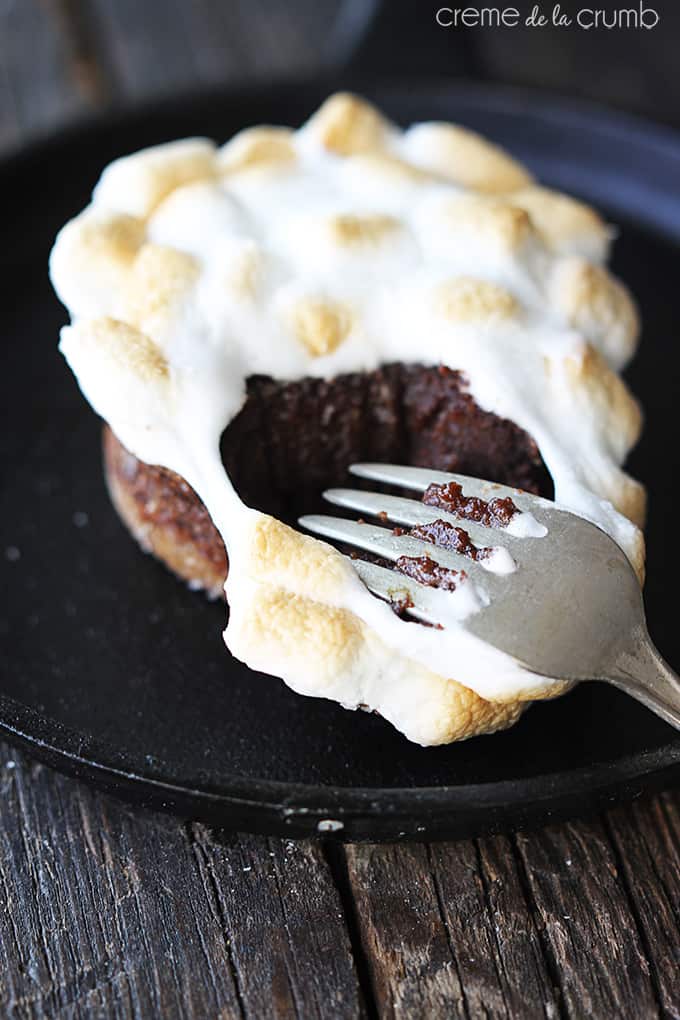 Truth be told, my favorite way to eat a s’more is with no graham crackers and double the chocolate. Yeah, just take two big squares of chocolate and smash that toasted s’more right in the middle. I don’t love the graham crackers, not because of the taste, but because they’re so stinking hard to eat! They break in all the wrong places and you get sticky marshmallow all over your hands and face so you look like you’ve just gotten into a fight with a rogue tube of toothpaste. 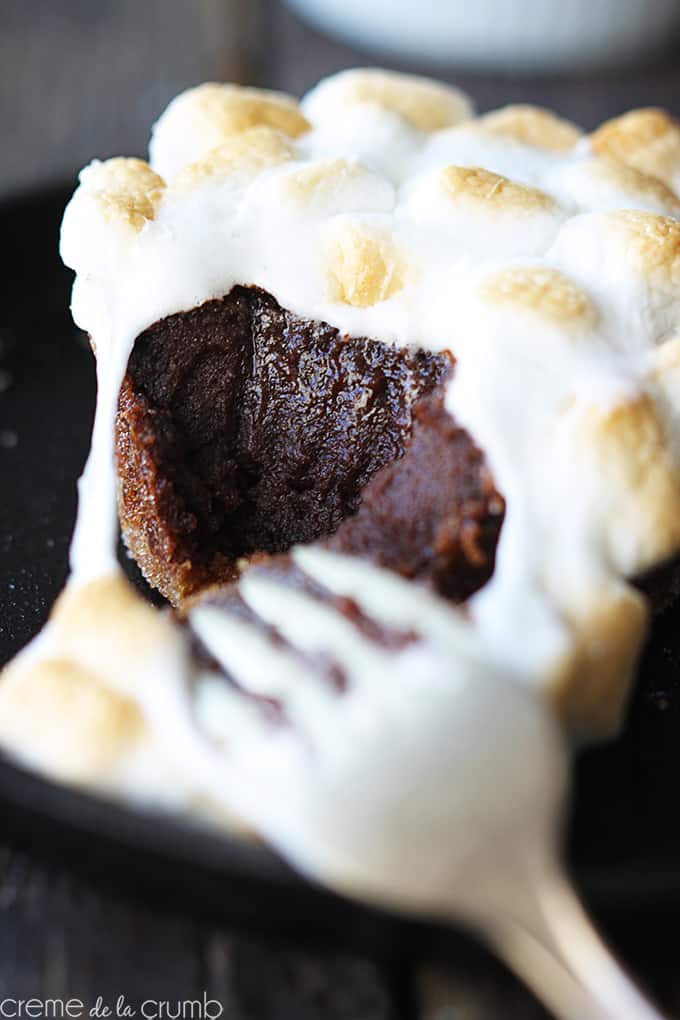 But the great thing about these S’mores Lava Cakes is that you still get the graham cracker greatness, without all of the big bulky messiness. Each layer of these lava cakes is soooo yummy. Sweet and salty graham cracker crust, ooey gooey fudgey chocolate lava cake, melty toasted marshmallows… isn’t this heaven? It’s got to be. They will have S’mores Lava Cakes in heaven, i’m sure of it. 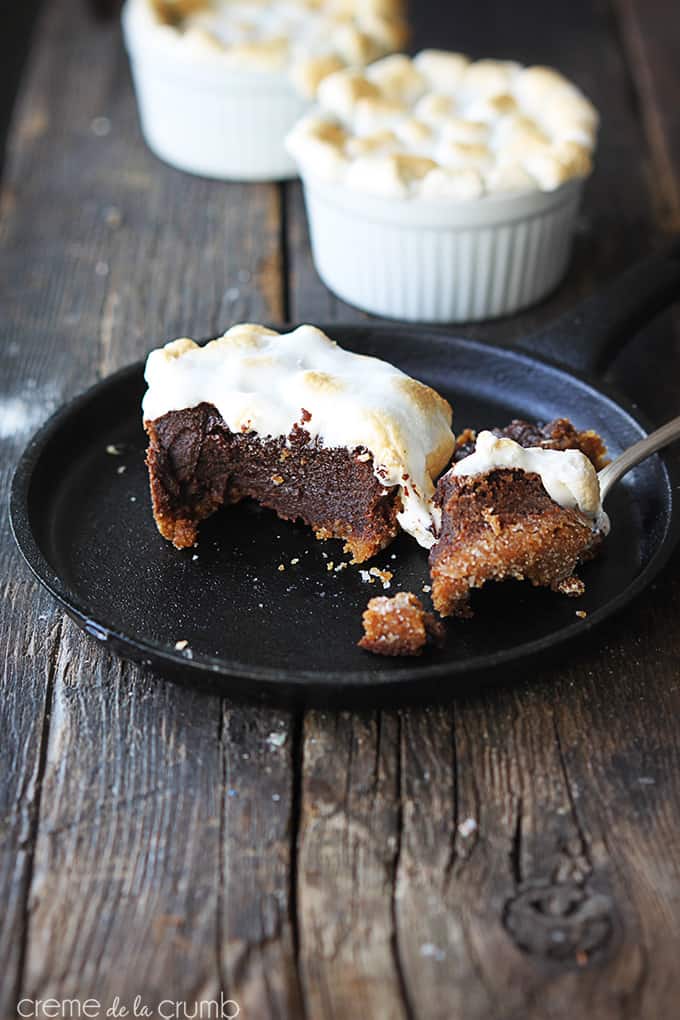 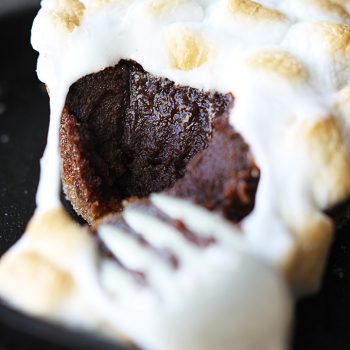