Decadent blackberry cake with rich buttercream frosting and hints of lime throughout each bite. 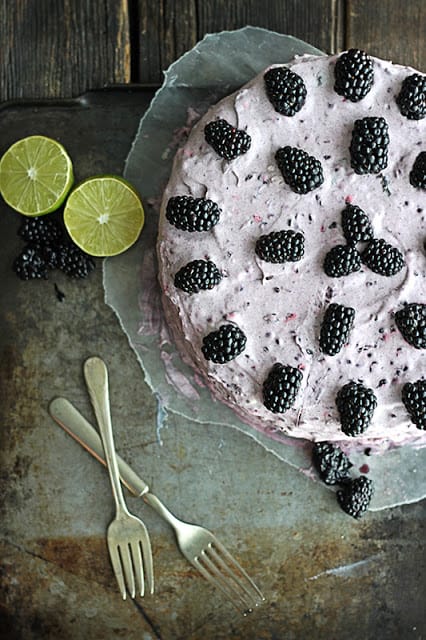 This cake and I, we have a love-hate relationship.

Love because it’s crazy delicious. Hate because it almost sent me to the looney house.

What you’re seeing in these photographs is a revised round two version of the cake I tried to make Saturday night. A cake that failed miserably and had me on the verge of pulling my hair out and calling it quits with cake-baking. 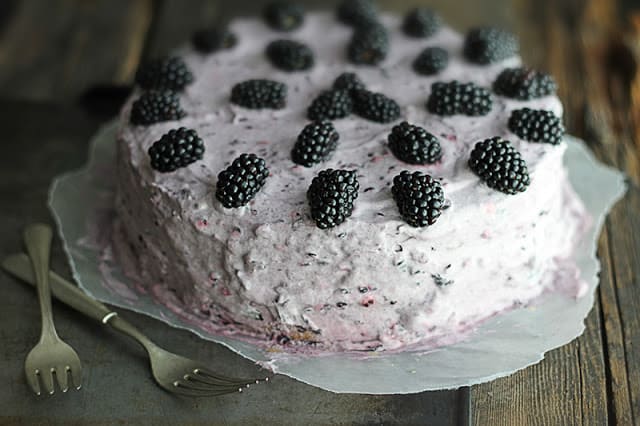 The first of the cake problems came when I had just begun mixing the dry ingredients. I stopped mid-baking soda scoop to answer the phone and then had to go move the car to another position in the garage for my husband to be able to park the other car (Mazda #2) closest to his tools.

Thinking that I’d only be a minute, I didn’t bother to grab shoes.

In retrospect I really wish I’d grabbed a pair of flip flops.

Immediately after moving the car, I hurried to get back inside to resume my cake baking adventure. While walking through the garage however, I stepped on a piece of glass.

After managing to pull it out of my foot, I left a lovely little trail of only right-sided foot prints all the way across the concrete floor. 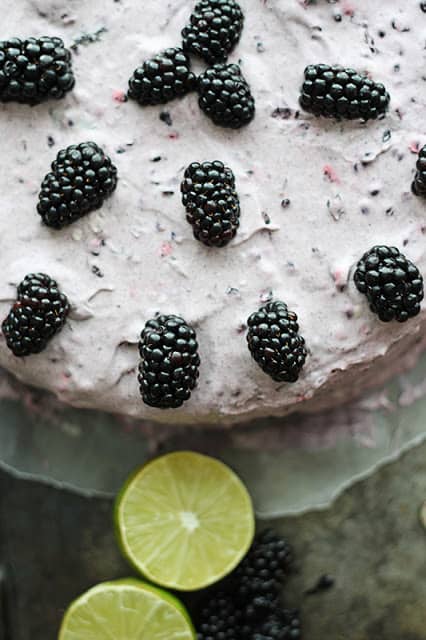 After a quick bandage job, I was back in the kitchen. But it wasn’t until after I’d added both the baking powder and the baking soda that I realized that in the whole car-moving bloody-foot fiasco I’d mixed up the measurements for the two agents. I  now had twice as much baking soda as I needed sitting on top of my flour.

So the genius inside of me though, oh I’ll just scoop half of that out and proceed as though it never happened. . .

Stop shaking your head, it gets better. 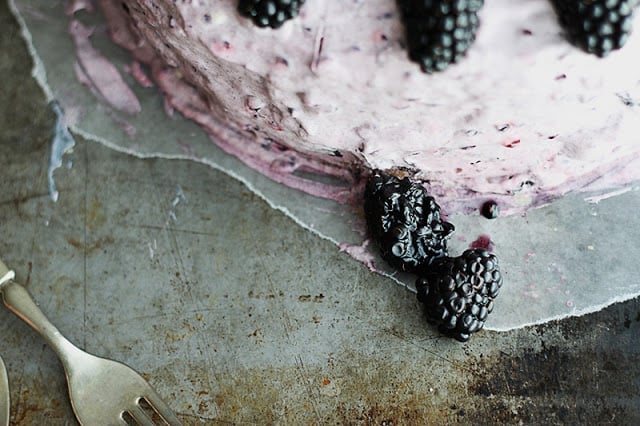 After an intermission where the husband and I went out for dinner, I got back to the making of the disaster cake. I whipped up the rest of the batter, filled the pans, and stuck the pans in the oven.

Wait, is that a third of the flour mixture I see still in the bowl? 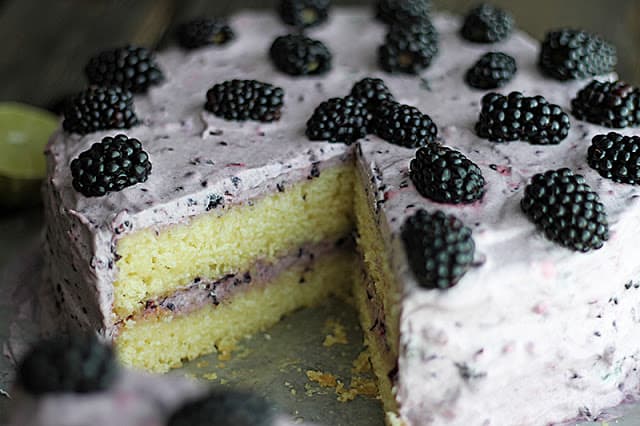 Yep, I really did what you think I did.

I pulled the pans out, dumped the contents back into the bowl, stirred in the remaining flour mixture, refilled the pans, and put them back in the oven.

I just don’t know when to stop I guess. 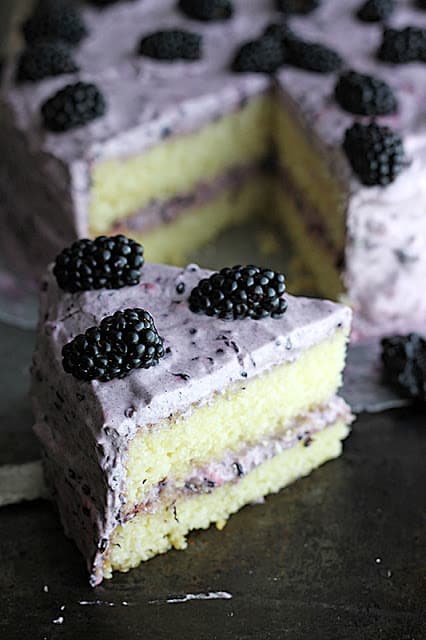 I soon realized however that my pans were too full. The batter was going to spill over. Ah hah! I’ll just place this piece of tin foil on the next rack down so that the spilled batter will land on the foil instead of the rack and coils. Then the rest of the cake will bake perfectly and life will be bliss.

After a few minutes of watching anxiously as a disaster occurred in my oven, I threw in the towel. 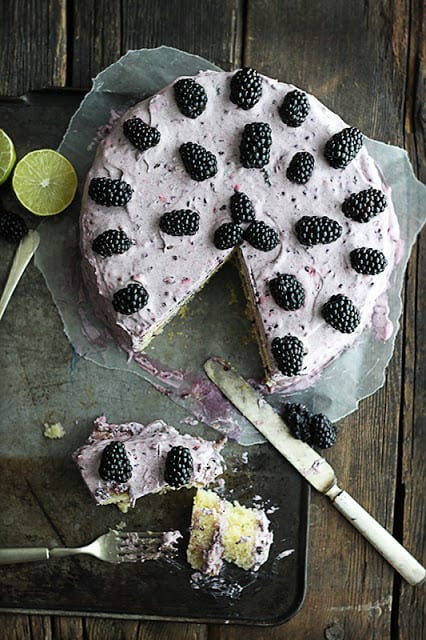 After sending the husband on a 911 emergency ingredient and cake pan run to the store, (and after much of his coaxing), I decided I’d better leave round two of the cake for the next morning.

Thankfully round two turned out quite lovely and extremely delicious. Enough to make the night before worth the nightmare.

I officially made my first-ever successful cake. We’re just full of firsts around here. And full of embarrassing stories to go with them. 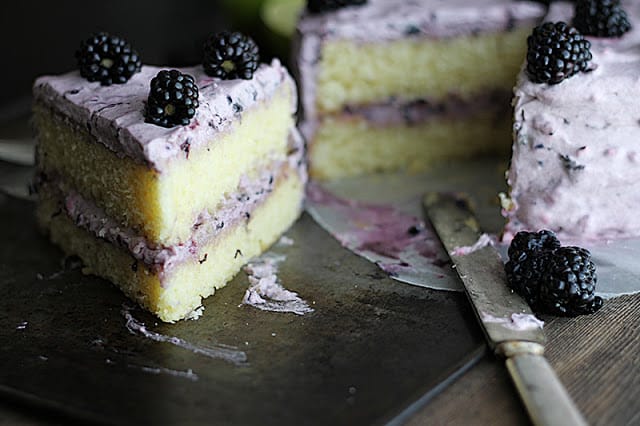 What people are saying about this Blackberry Lime Cake

“I found this recipe a year and half ago and have since made this recipe at least 6 times. It is my go-to for every occasion. I’ve even made it into beautiful cupcakes for a baby shower. It’s fluffy, refreshing, and just the right amount of sweetness. I never write comments but felt like I had to because this never fails to impress family and friends. Thanks!!” – Sarah 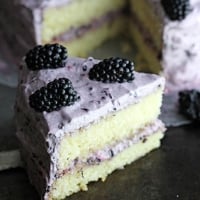 Store covered, at room temperature, or chilled up to three days.