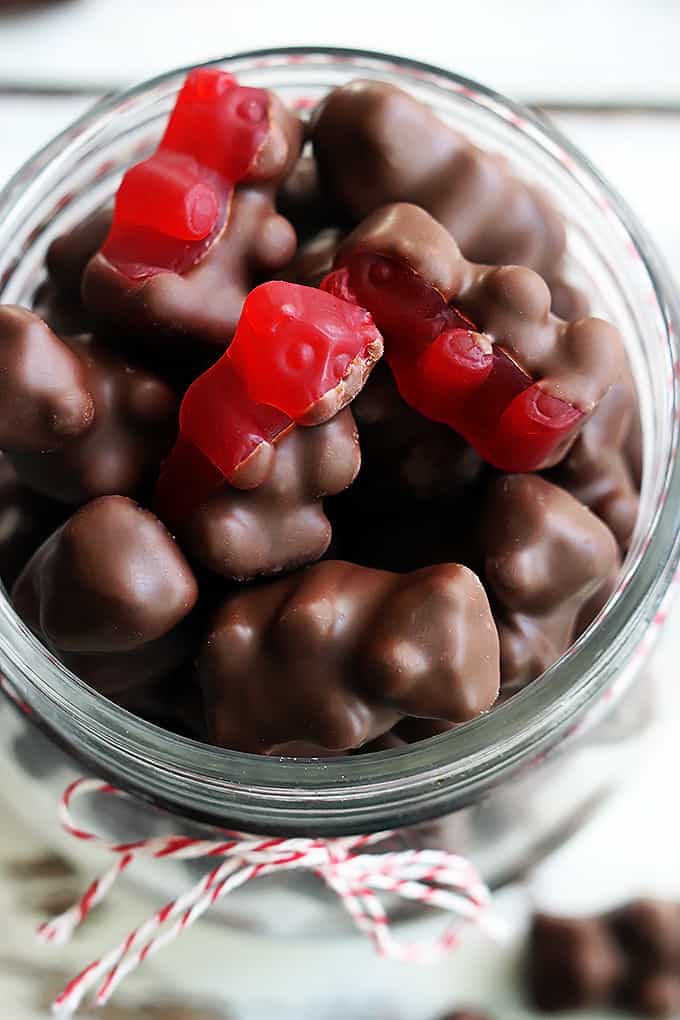 Okay. This is, well, pretty much the easiest non-recipe recipe ever. It only has two ingredients and you don’t have to make the cinnamon bears yourself (phew) so I feel a little bit bashful about calling it a real recipe. But think of it as a recipe idea. It’s the concept here that really counts. 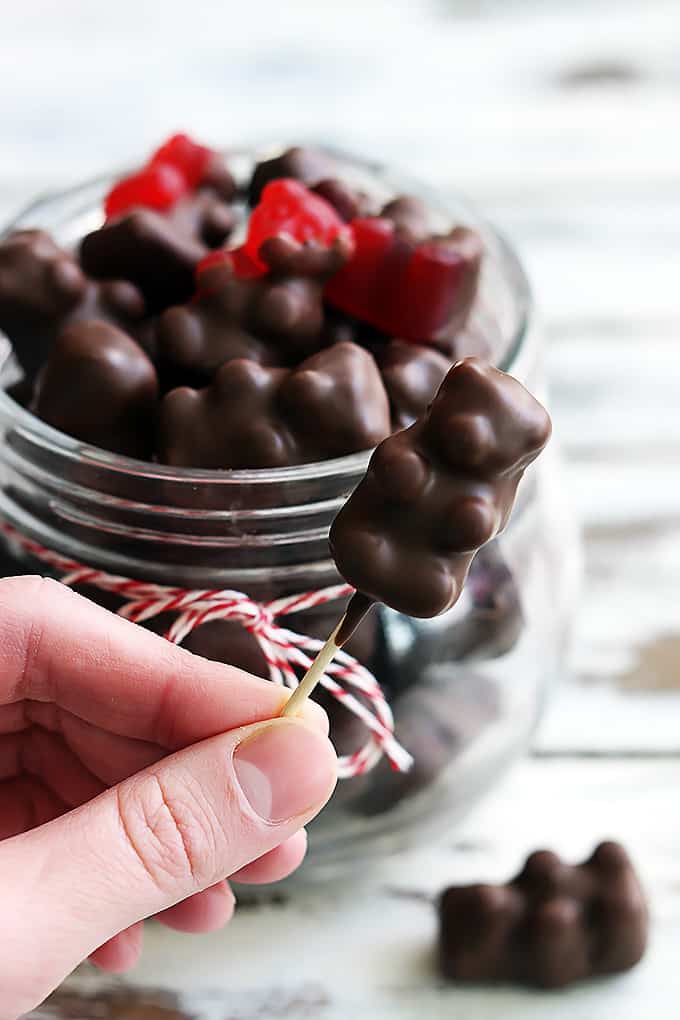 My oldest brother and I both went to Brigham Young University. The BYU Bookstore is famous for several of its sweet treats (stop tempting me mint chocolate brownies!) and my mother used to have my brother bring a HUGE bag of their freshly made chocolate covered cinnamon bears back from school to send to my Aunt Paula in California twice a year – once for her birthday, and again around this time for Christmas. Eventually my brother graduated and when I went down to school I took over the role of cinna-choco-bear-bearer.

I’ve tried the chocolate covered  cinnamon bears sold in packages in our local grocery stores and they’re just not the same as BYU’s. If the chocolate “breaks” when you bite into it, it’s not creamy enough. But using almond bark solves that problem. If you haven’t used almond bark before, you’re missing out big time. You can find it right by the chocolate chips in almost any grocery store, it’s sold in a block. I love it! When it comes to melting chocolate down, I like it better than traditional chips because I think it has a creamier texture and the hint of almond flavoring seems to just go perfectly with anything and everything that I’m making.

Oh and you should know that these are easy, quick, and no-bake so they’re absolutely perfect for neighbor gifts. Put them in a mason jar or cellophane bag tied with ribbon! If you need a cute tag, I’ve got ya covered, just scroll down past the recipe for a printable! 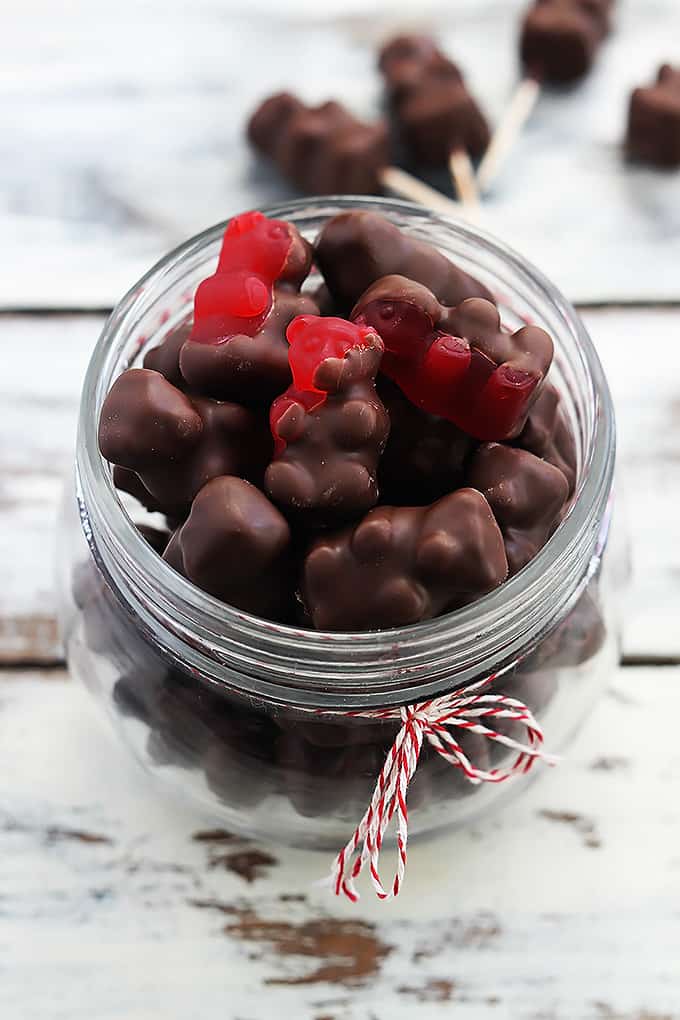 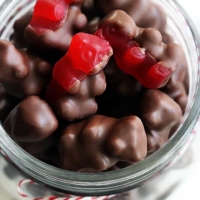 *The amounts for the cinnamon bears and the almond bark are not listed because this recipe is flexible so that you can make as many or as few bears as you will like. As a general rule of thumb, you will need about 6 ounces of almond bark for about 2 cups of cinnamon bears.

Right click on the image below, then save to your desktop! 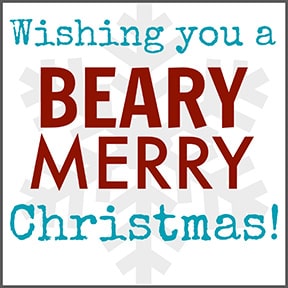