The easiest, best-ever 3-ingredient BBQ pulled pork comin at ya! Just add pork, BBQ sauce, and a spice blend to your instant pot or slow cooker for the most flavorful, tender shredded pork you’ve ever tasted! 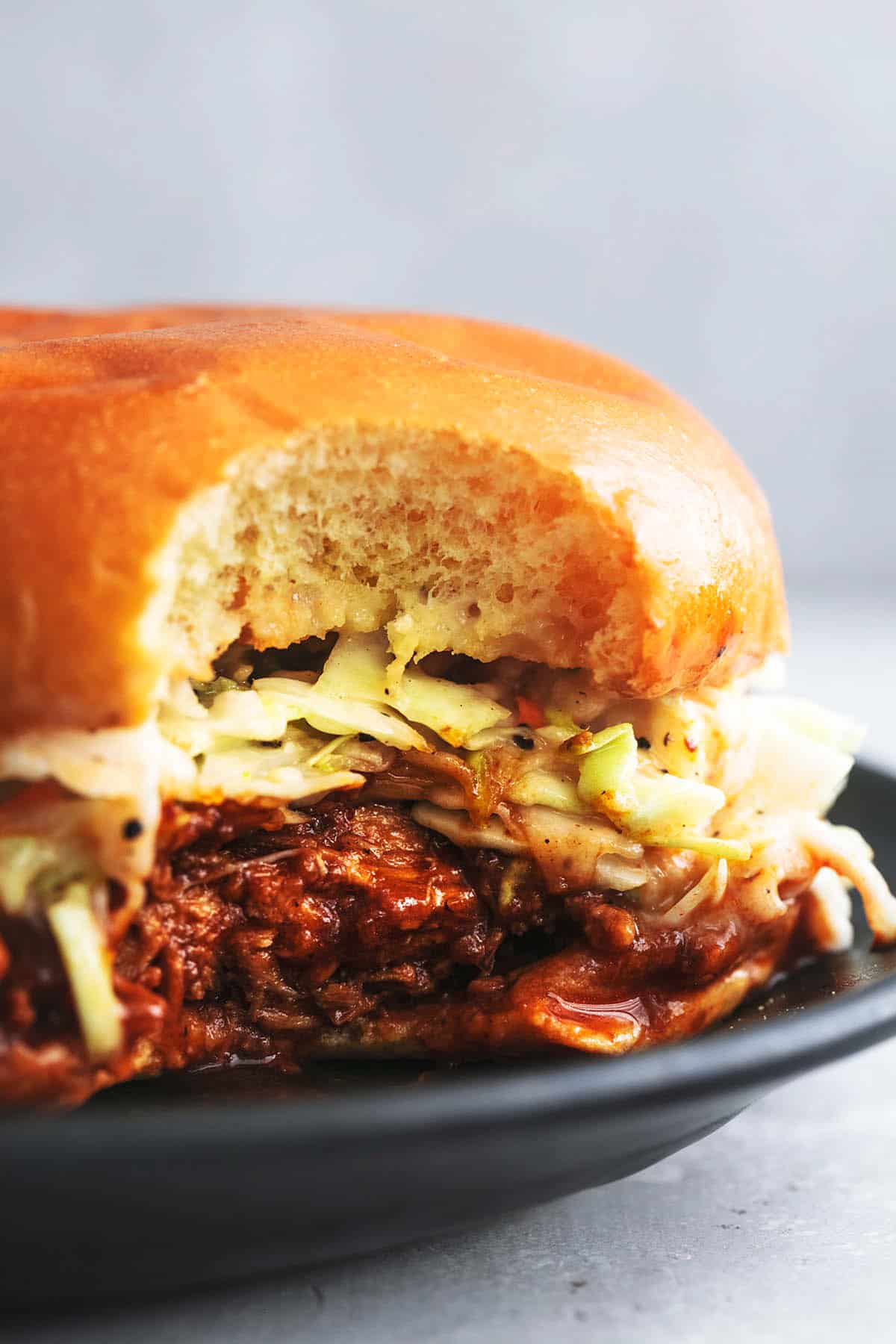 Craving more pork recipes? Make plans to make some of my other popular recipes like these Pork Chops with Creamy Mushroom Sauce, this Island Glazed Pork Tenderloin and Potatoes, or these Slow Cooker Pulled Pork Tacos.

You know how sometimes a recipe doesn’t really feel like a recipe? Like in order to be considered recipe-worthy, it has to have lots of ingredients and multiple steps and take up some of your precious time? Well, this slow cooker pulled pork is none of those things, it’s just a slight variation of my super popular instant pot pulled pork.

I threw this recipe together for my nephew’s graduation party and everyone raved about it and asked how I made it. I told them the three ingredients and everyone was shocked and insisted that this recipe was all the more impressive! 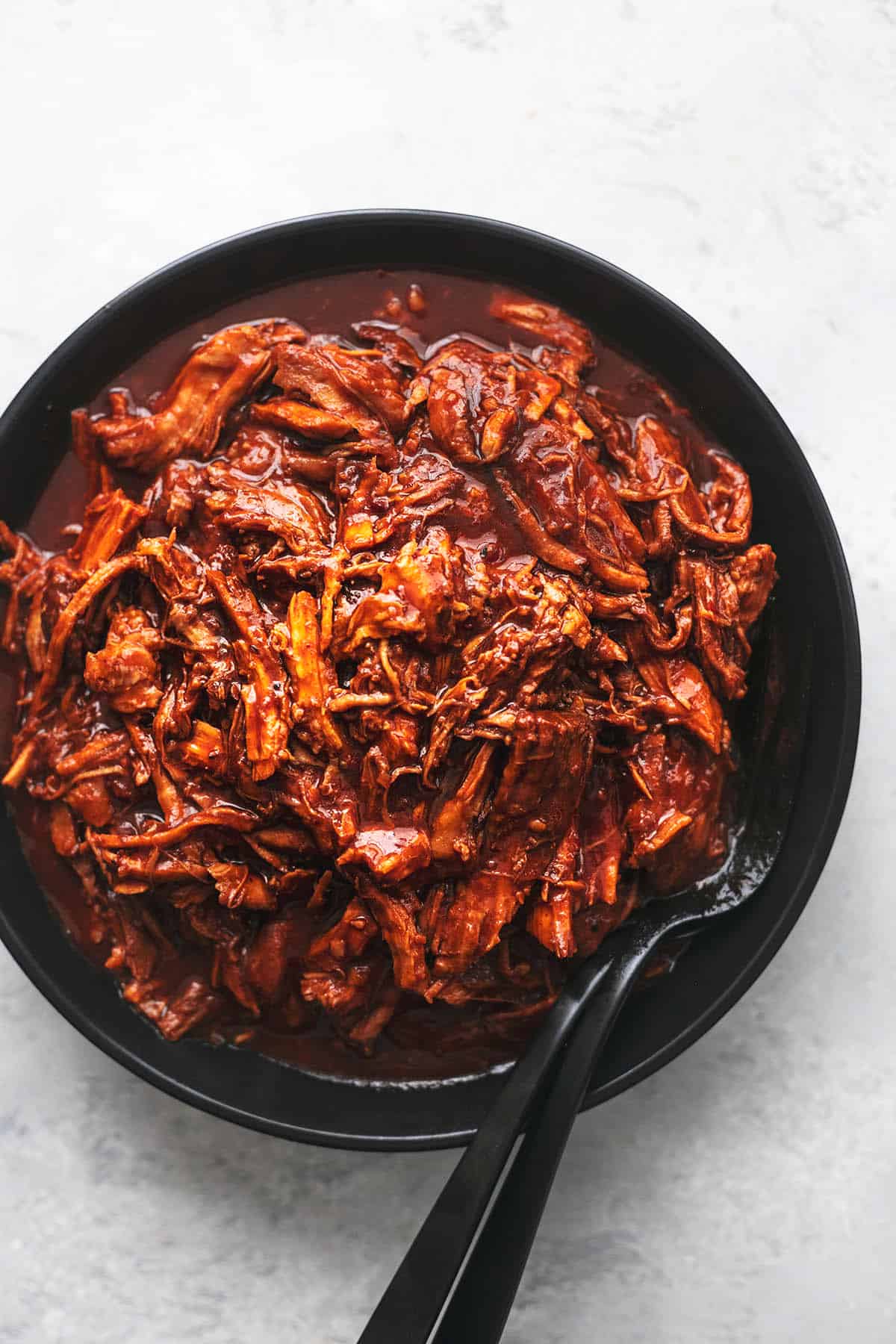 I’ll give you four more good reasons why this recipe is a winner in every way!

Versatile — You can make this BBQ pulled pork in the slow cooker or in the instant pot! Yep, that’s right, two small appliances, same result, you choose whatever is easiest for you!

Simple — Did I mention you only need 3 ingredients?! It doesn’t get any easier than this folks, I promise!

Feeds a crowd — Even if you don’t have a get-together or special occasion to make this instant pot pulled pork, you’re going to want to have leftovers! They heat up great too the next day, and the day after!

Pantry staples — Not only is the ingredients list short as it can get, but you’re going to be reaching in your pantry for two of the three items — a bottle of BBQ sauce and some spice mix. 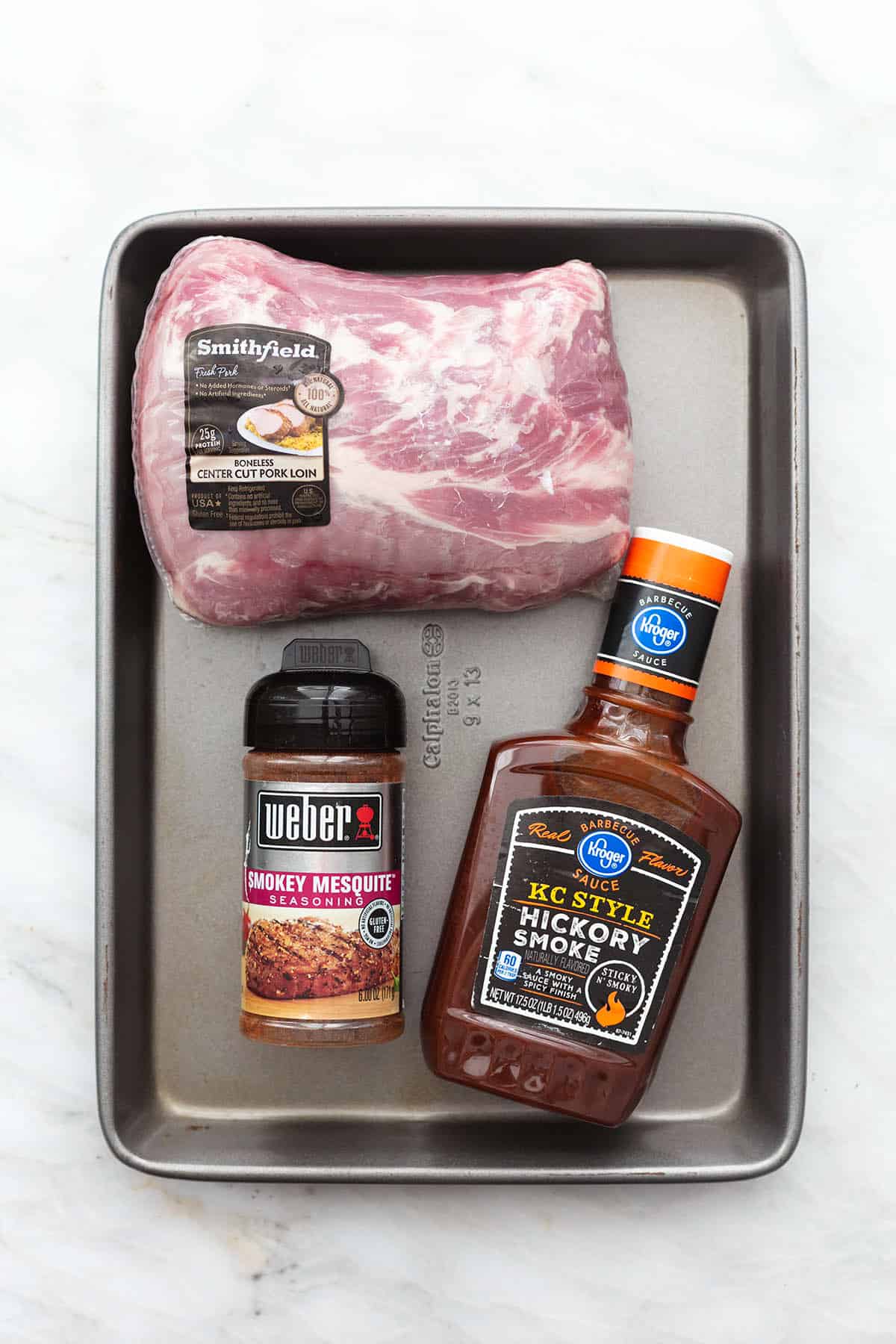 What is the Best Cut of Meat for Pulled Pork?

I almost always use a pork shoulder when making BBQ pulled pork. You might also find it labeled as a pork butt or Boston butt. I’m not sure why it’s sometimes a shoulder and sometimes a butt but that’s probably a question I don’t want to know the answer to?

Anyway, I always choose a boneless roast as well just to make the cooking and shredding that much easier. But you can also get a bone-in one if you prefer. 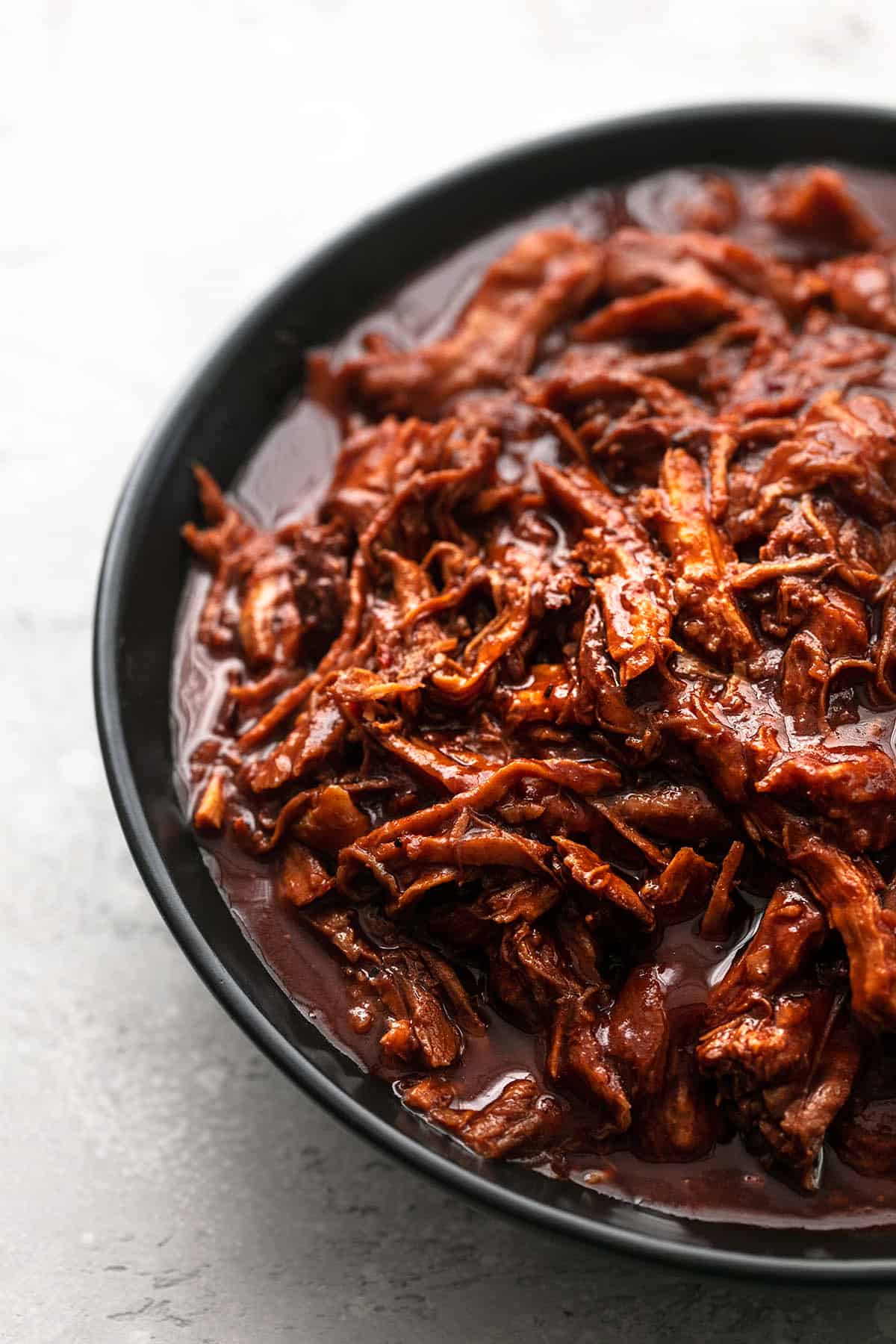 Did you make this recipe? Please rate the recipe below! 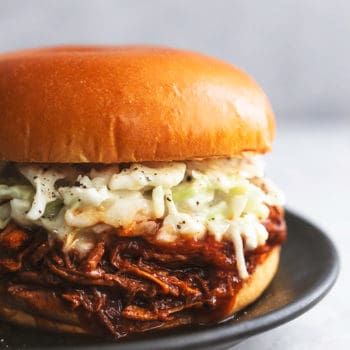 Mesquite seasoning: I love McCormick Mesquite or Smoky Mesquite Seasoning (not sponsored, but it should be - it is a staple in my kitchen).  BBQ Sauce: My personal favorite bbq sauce for this pulled pork is any brand of hickory bbq sauce, but another variety (like honey bbq, sweet n spicy, classic) will work.