Bacon lovers, have you tried cooking bacon in the oven? The crispiest, tastiest, can’t-stop-eating-it bacon is cooked not in a skillet, but in the oven!

I know very few people who don’t like bacon. In fact, most people LOVE bacon. But what most people are conflicted about is the best way to cook bacon. It cooks fast in the microwave but gets unevenly crispy. It’s great on a skillet but is so messy and splatters grease everywhere. I have found the best way to cook bacon is in the oven! It bakes evenly, is crispy, and leaves all the mess in the pan to be cleaned up later!

Easy – Cooking bacon in the oven is so easy! Just line a baking sheet with parchment paper, add bacon, and set a timer. Viola! Perfect bacon every time.

Perfect for batch cooking – Do you have some recipes coming up for the week that require perfectly crispy bacon? Then this is the way to batch your bacon – right in the oven!

Keeps well – After you batch bake this bacon in the oven, you can keep it in an airtight container in the fridge for up to 1 week.

Crispy, crispy, crispy – I can’t emphasize enough how amazingly crispy this bacon gets in the oven. If you love crispy bacon, then this recipe is for you!

Have I mentioned how simple it is to get the best bacon with this recipe? Here’s how to cook bacon!

Do You Have to Flip Bacon in the Oven?

Cooking bacon in the oven is the best way for so many reasons, but one of them is that you don’t need to flip it! If your oven cooks unevenly, you might consider rotating the pan halfway through, but there’s no need to take it out and flip each piece of bacon over like you would have to for bacon cooked in a skillet.

How Do You Cook Bacon in the Oven Without Smoking the House?

I have found that bacon itself doesn’t smoke up the house, it’s the grease that might drop off into the oven that causes the smokiness.

To prevent this, make sure your oven is cleaned regularly. Also, be sure to use a baking sheet that has raised edges so that the grease stays in the pan and doesn’t spill out into your oven.

True bacon comes from pork. You may have seen other varieties like turkey bacon or even vegetarian bacon. These are not made from pork. For true bacon, look for pork bacon.

Why Is It Called Bacon?

The word “bacon” means “back of an animal” in an older German language. The base of the word “bak” is also the source of the English word “back.” (Makes sense, right?) From there the Germanic word “bakkon” turned into “bako” which was then borrowed by the French language and translated as “bacon.”

Bacon does come from two parts of the pig – typically the pork belly or the back cuts. So, you can see how the word “bacon” came to be.

Looking for ways to incorporate all that tasty bacon? Try my recipes for Green Beans with Mushrooms and Bacon, Strawberry Chicken Bacon and Wraps, and Bacon Avocado Egg Salad.

Have you tried this method for preparing bacon in the oven? YAY! Please rate the recipe below! 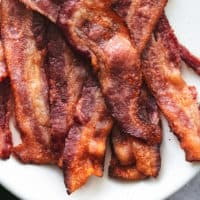 Bacon In The Oven

An easy step-by-step tutorial on how to cook perfectly crisp bacon in the oven. This method is quick, less messy, and easy to scale for a small or large batch of bacon!
4.78 from 9 votes
Print Pin Rate
Prep Time: 5 minutes
Cook Time: 15 minutes
0 minutes
Total Time: 20 minutes
Servings: 5 servings

Parchment paper: I prefer to use parchment as it tends to yield crispier bacon, but foil works too.  Scaling the recipe: this recipe works for as many or as few pieces of bacon as you wish, adding more bacon will not change the cooking time – simply add more bacon slices to your lined baking sheet and be sure that they are not overlapping. 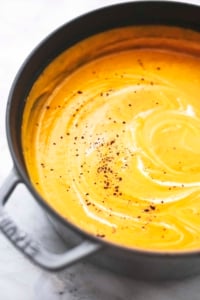 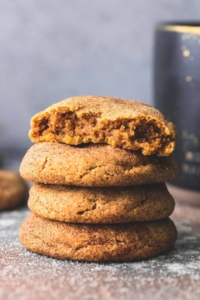 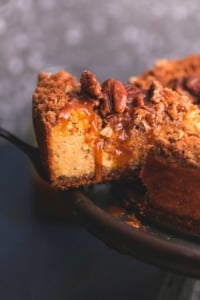 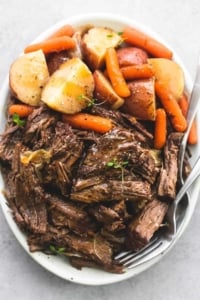 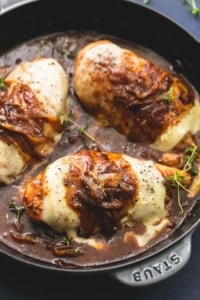